Speaking to Sky News Mr Buckland warned John Bercow his “voice in politics” will be “diminished” for joining Labour. Following a dramatic overnight defection to Labour, Mr Bercow labelled the Conservatives “xenophobic” and “nationalist” in a scathing attack. But Mr Buckland hit back and stressed how no former speaker has done what Bercow has done and traditionally “leave party politics behind.” 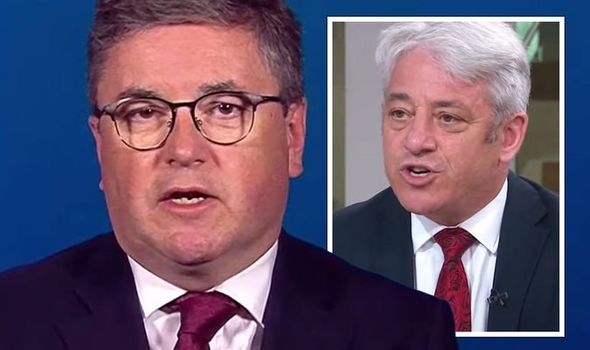 Mr Buckland said: “To be fair to John Bercow I think he left the Conservative party a long time ago.

“I mean he is a private citizen, he is entitled to make decisions about his politics and I respect that.

“What I would say is I think as a former speaker he is somebody who even though he has left office does carry a degree of authority like his predecessors.

“And I think that his predecessor’s authority was enhanced by their refusal to go back into party politics… It certainly didn’t stop them from speaking out. 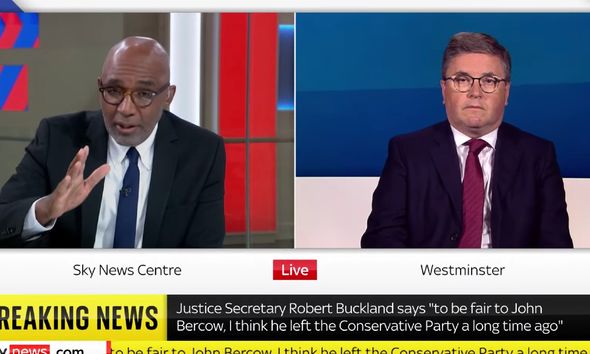 “I think him joining a political party actually has the effect of diminishing the force of his voice in politics however strong it wants to be.”

He slammed: “I disagree totally with his characterisation.

“He is a former speaker of the house of commons and I do think that when people get elected to that very high office they put party politics behind them and I actually think that his voice would have been stronger if he stayed out of party politics!

“Getting back into party politics is something no previous speaker has done and I would gently suggest that his voice would have been strengthened if he had not made that choice he has announced overnight!”