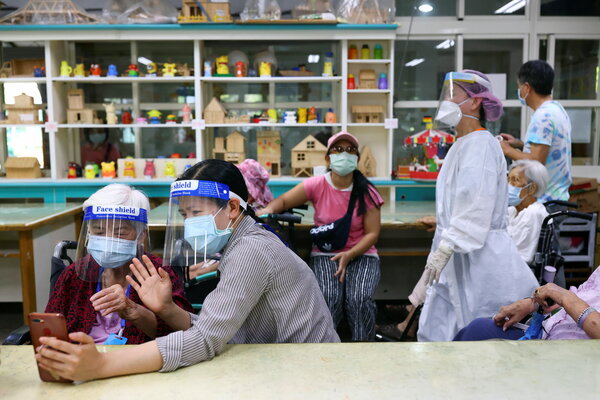 By Jesus Jiménez and Annie Karni

The United States is shipping 2.5 million doses of Covid-19 vaccines to Taiwan on Saturday, tripling the original amount the Biden administration had promised, according to Ned Price, the State Department spokesman.

The shipment, first reported by Reuters, could add tension to the U.S.-China relationship as Taiwan grapples with its first major coronavirus outbreak. Chinese officials were peeved this month when three U.S. senators visited the island, which China regards as its own territory, to announce the original pledge of 750,000 doses, as well as when Japan said it was giving Taiwan 1.2 million AstraZeneca doses.

“We know that Taiwan has faced unfair challenges in its efforts to acquire vaccines, which makes this donation even more important,” a senior Biden administration official said. “We have had a close partnership with Taiwan on global health issues and have been working together throughout the pandemic. Taiwan was there to help the United States in the earliest days of the pandemic, providing P.P.E. and other lifesaving materials.”

Taiwan’s leaders have blamed “Chinese intervention” for their inability to buy doses from the German company BioNTech, which developed its vaccine with Pfizer. China has called the accusation “fabricated out of nothing.”

A Chinese company claims the exclusive commercial rights to distribute BioNTech’s vaccine in Taiwan, but for many people in the self-governing democracy, the idea of Taiwan buying shots from a mainland Chinese business is simply unpalatable.

Taiwan had been regarded as one of the world’s success stories for most of the pandemic, but in just over two weeks in May, Taiwan’s average caseload jumped to almost 600 cases a day from fewer than 10, according to Oxford University’s Our World in Data project. The daily average has now dropped below 200.

At a news conference on Friday to praise the U.S. vaccination program, President Biden said that the U.S. was now in a position to provide more than a half a billion vaccine doses to other countries.