Demonstrators clashed with police outside the Rigaer 94 property on Rigaer Strasse.

A fire protection inspection is due to take place at the house – a stronghold of the left-wing extremist scene in Germany’s capital – on Thursday.

But residents occupying the property have accused the owner and the police of using the inspection as an excuse to enter the house and evict them.

Shocking pictures and videos show thick black smoke billowing from barricades which have been set alight on the road.

An eyewitness told German newspaper Welt that two barricades are burning and firecrackers are being thrown.

And a video shared on Twitter by the editor of German newspaper taz shows stones being thrown at officers.

Erik Peter tweeted: “Stones were thrown at policemen who dared to approach the barricade.”

Between 20 and 40 hooded people are protesting on the street.

A number of police officers have reportedly been injured. 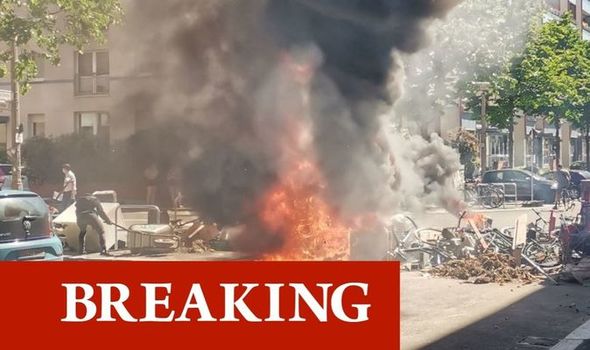 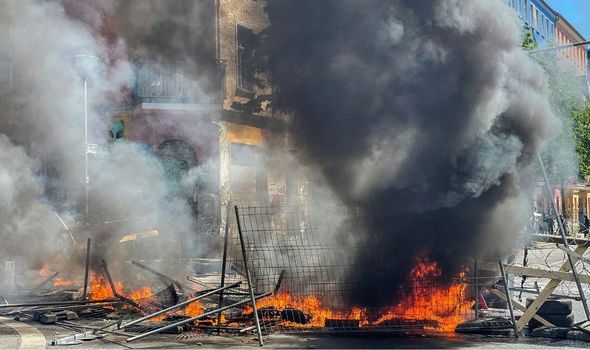 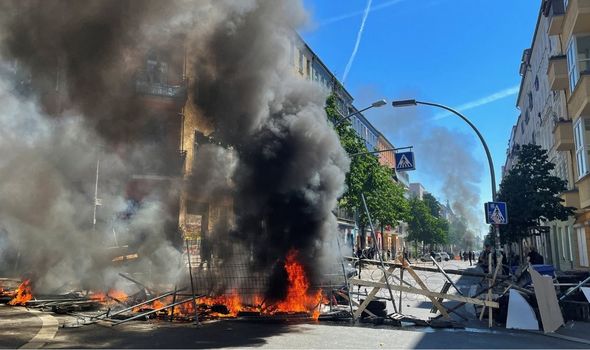 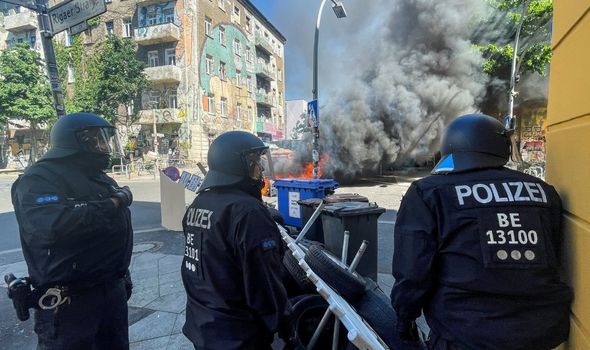