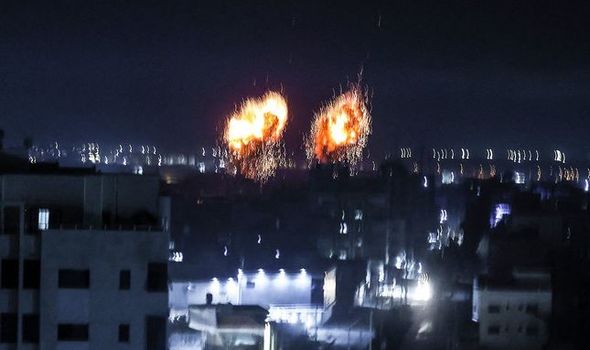 The strike followed an attack on Tuesday in which “incendiary balloons” were launched from Gaza.

The balloons caused around 20 fires in open fields in southern Israel.

Israel’s airstrikes on Wednesday are its first in Gaza since the ceasefire ended 11-days of cross-border fighting last month.

Hamas had previously threatened to take action in response to an Israeili nationalist march in East Jerusalem on Tuesday.

Israel’s new prime minister, Naftali Bennett, had said in the past that the Israeli government should not tolerate incendiary balloons, and must retaliate as if Hamas had fired rockets into Israel.

In a statement, the Israeli army said it had attacked Hamas compounds.

The army said it was “ready for all scenarios, including renewed fighting in the face of continued terrorist acts emanating from Gaza”.

It is not immediately clear if there are casualties as a result of the strikes.