Joe Biden will push his NATO allies in the European Union to contribute more of their military budgets to the alliance, it has been reported. Lucy Hough, a correspondent for ITV’s Good Morning Britain, said that despite the US President’s clear departure from his predecessor on foreign policy, US concerns remain over its spending commitments to NATO. Currently, over 70 percent of all NATO defence spending is paid for by the US.

Ms Hough also reported that Mr Biden’s first trip abroad since becoming President was an attempt to rebuild bonds with allies put under strain during the Trump presidency.

She said: “Never really a dull moment when Donald Trump used to attend these sorts of NATO summits.

“He was always highly critical of the alliance.

“At one stage describing it as ‘obsolete,’ even threatening to remove the US altogether.” 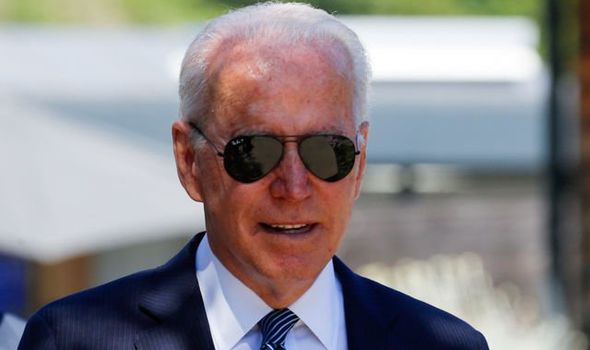 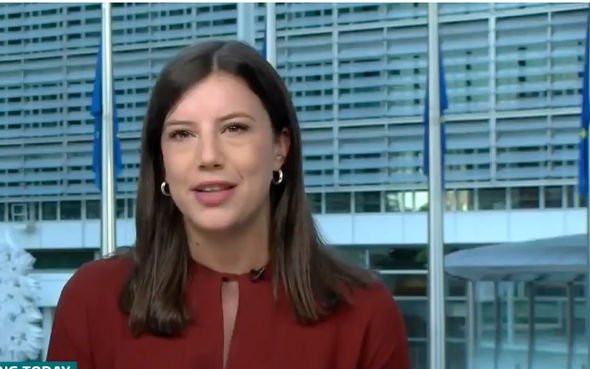 She added: “So when President Biden pulls into NATO HQ later on today, the tone is likely to be markedly different.

“He really wants to reassure allies that America is back, that it can be depended on when it comes to security and defence.

“There’s likely to be alignment on Russia and China and other foreign policy areas.

“But there is still likely to be some disagreement when it comes to defence spending.

“Even post-Trump, the US still feels that it’s carrying too great a burden when it comes to NATO’s common budget.

“But it’s all part of a busy diplomatic week for Joe Biden, his first overseas visit as US President.

“He was at Windsor castle yesterday to meet with the Queen along with his wife Jill before being flown into Brussels where he arrived late last night.

“He will be due to meet Vladimir Putin for a showdown on Wednesday.” 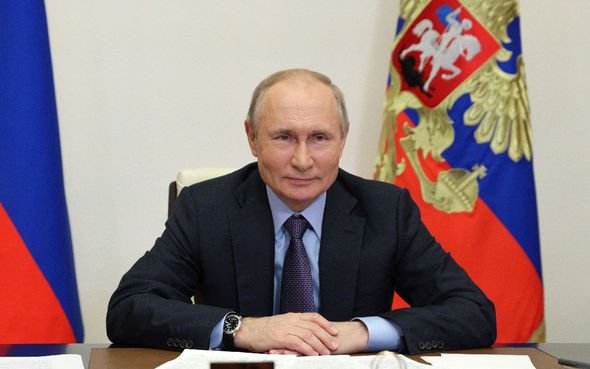 In a repudiation of Donald Trump’s scepticism of NATO, President Biden last week referred to the “sacred commitment” of the alliance’s Article 5, in which an attack on any member is considered an attack against all.

The NATO summit is also expected to focus on combating the threat of cyber-attacks, particularly those emanating from Russia.

Joe Biden has also sought to strengthen bonds with fellow democracies to unite against what he sees as an existential threat from autocratic states including Russia and China.

Vladimir Putin said in the run-up to the meeting with President Biden that the relationship between their two countries were at their “lowest point.”
Source: Read Full Article