Three episodes into “First Day,” an Australian series on Hulu aimed at middle schoolers, I realized I was going to cry. The protagonist, a tween trans girl named Hannah, had just been outed at her new school, horrifyingly compounding the trauma that had driven her from her previous one.

But Hannah didn’t lose her new friends. Instead, they embraced her, defending her against the bullies. “First Day” was initially part of a film series depicting the lives of 12-year-old Australian girls, including trans girls, but what I felt watching it wasn’t as simple as representation. Instead, I was watching Hannah have experiences that I — who had never heard the word “trans” as a kid but knew I wasn’t the gender I’d been assigned at birth — couldn’t have imagined.

When I finally came out as trans a few years ago, I found myself devouring audiobook after audiobook of queer young adult literature. I never had the experiences I listened to: Although I went on high school dates and to the prom, my dates were always with cisgender boys, not the girls I had crushes on.

What the books offered me was an alternative history, one full of hope for the life I might have lived, and a kind of longing for a world that wasn’t once but might still be.

Y.A. writers today know that they’re writing not just for those who are the same age as their characters but also for those who long ago left high school behind. An often-cited 2012 Bowker Market Research study found that the majority of Y.A. book buyers — 55 percent — were adults and the largest share of them were age 30 to 44, a group that includes me. Particularly in the queer community, I’ve noticed, there seems to be an obsessive love for children’s media, perhaps because it offers us not only nostalgia but also repair.

Repair is crucial, said Angel Daniel Matos, an assistant professor at Bowdoin College (where I also teach) and the author of the forthcoming “The Reparative Possibilities of Queer Young Adult Literature and Culture.” So many queer people “have been through immense pain growing up in our adolescence,” Dr. Matos told me. Attempts by the broader culture to “limit who we loved, what we desire, what we do with our bodies” abound. In these stories, then, we get the chance to imagine what it might have been like to grow up in the world depicted on the page or screen instead.

That’s the experience of some Y.A. writers, too. When Leah Johnson was 23 and working on the Black queer prom hit novel “You Should See Me in a Crown,” she recalled writing experiences for its 17-year-old protagonist, Liz Lighty, even as she was living them. “I was falling in love for the first time at the same time Liz was falling in love for the first time,” she told me. “I was coming out to my family as Liz was coming out to her family.” She added, “So much of coming out in your adulthood is experiencing the same firsts that most straight people get to experience when they’re 15, 16.”

I was in my 20s and living in Cambridge, Mass., in 2004 when the state became the first place in the United States to legalize gay marriage, and I remember how complicated my joy was — glee about what was newly possible but grief over the realization that I hadn’t even let myself dream of a life that included it. To build a more just world, we have to first be able to imagine it. But every day I live what I could never have dared imagine.

And yet, even with these political gains, trans children today are growing up under attack. Soon the Supreme Court will rule on whether foster care agencies may discriminate against queer families. Over 75 bills targeting trans youths’ ability to participate in organized sports and receive gender confirming health care were recently introduced in state legislatures. In this climate, it can seem a victory for trans people just to endure their teenage years. 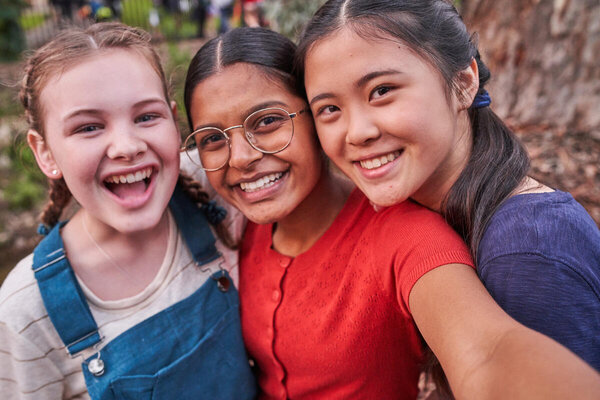 What’s revelatory about “First Day” — which stars Evie Macdonald, herself a tween trans actress — and other trans Y.A. hits like the novels “Felix Ever After” by Kacen Callender and “Cemetery Boys” by Aiden Thomas is that they dare create a world in which trans youths don’t just endure but thrive. They teach us to dream that queer adolescence, and queer lives, need not come with added pain.

I’ve realized that what I love — what I need — about queer kid media is this dream. Not only that today’s children will eventually grow up in a more just world but also that queer adults might shed some of the sorrow we’ve been made to carry. That we all learn to demand a world that never inflicts such sorrow in the first place — a world that, like Hannah’s friends on “First Day,” always embraces who we are with joy.

Alex Marzano-Lesnevich, an assistant professor of English at Bowdoin College, is the author of “The Fact of a Body: A Murder and a Memoir” and the forthcoming memoir of nonbinary identity “Both and Neither.”