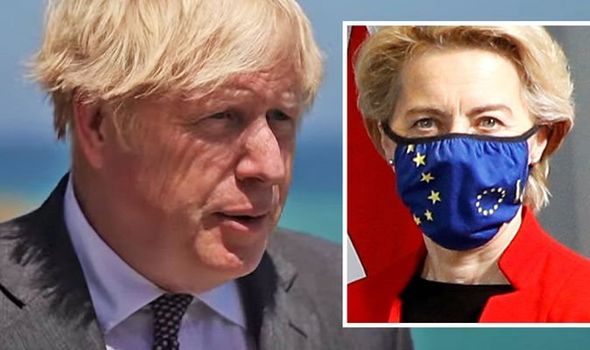 The Prime Minister told Brussels to “get it into their heads” that the UK is “a single country” in a fiery statement amid continued anger at the implementation of the Northern Ireland Protocol.

Threatening to tear up the Brexit deal he added he would “not hesitate” to invoke Article 16 of the Protocol, suspending the terms of the agreement, if the EU failed to change its position on the issue.

The remarks are likely to inflame tensions in what were already strained relations between the UK and Brussels.

The talks with the European Commission President and European Council President are understood to have focused almost entirely on the consequences of the Protocol since the start of the year.

The EU has accused the UK of failing to properly implement the terms of the agreement by unilaterally suspending customs checks on some goods.

The Protocol effectively keeps Northern Ireland in the European single market in order to avoid a hard border with Ireland, meaning a trade barrier in the Irish Sea for goods crossing from Great Britain.

Meanwhile, the UK has blamed the EU for forcing it to take action due to being unfair in its implementation of the deal.