At the second summit meeting of the G7, held at about 11am this morning, leaders focused on “values and resilience”. The Prime Minister was given the chance to criticise Brussels for taking steps to block the export of jabs from the continent in the talks.

Earlier this year, the European Commission introduced vaccine export licences in January forcing all manufacturers to seek permission before shipping doses to outside of the bloc.

The move sparked panic that Britain’s vaccine rollout would be derailed, with the UK reliant on a factory in Belgium for its supply of Pfizer jabs.

The Prime Minister’s spokesman said protectionism shown by some countries during the pandemic would be discussed during this morning’s talks.

“This will focus on economic resilience, how we can share the global system to deliver for our people in support of our values,” he said. 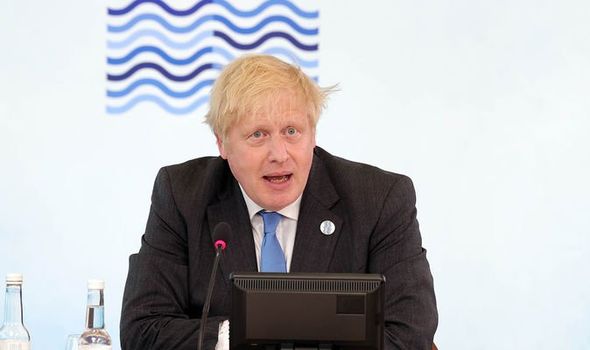 “It will look at issues including protecting supply chains, particularly in the context of the global protectionism we saw in some instances following the outbreak of Covid.”

The EU’s threat to block exports of jabs came after Brussels was left with a smaller supply of injections than it originally anticipated.

A row over the terms of a contract between the European Commission and AstraZeneca has left the bloc with less than a third of the number of Oxford jabs that it expected.

The drugs manufacturer insists that it only pledged to use “best endeavours” to deliver doses to the EU, while Brussels believes it is entitled to the full stock it ordered.

The Commission has launched legal action against AstraZeneca over the issue. 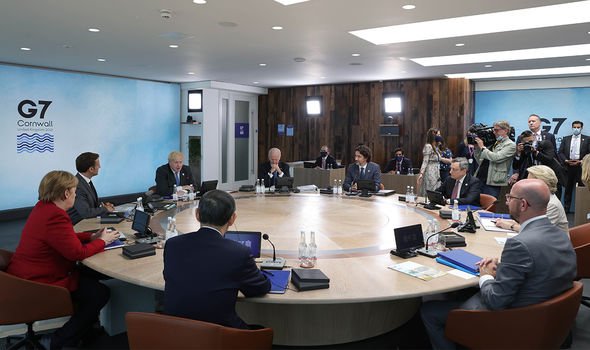 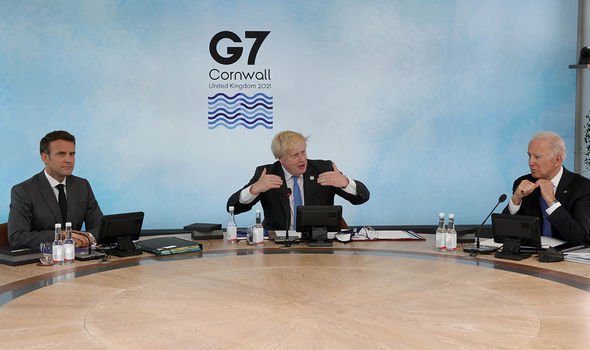 Italy is the only country in the EU to have used the vaccine export licences to block the shipment of jabs overseas.

In March, the Italian government blocked the export of 250,000 doses of the AstraZeneca vaccine manufactured at a factory in the EU, from being sent to Australia.

The decision sparked anger in Canberra, with the country’s finance minister, Simon Birmingham, accusing the EU of trying to “tear up the rule book”.

DON’T MISS:
Do as you agreed! Fiery VDL says EU refusing to budge over Brexit [REACTION]
Macron in warning to Boris in demand of ‘le reset’ of French relations [INSIGHT]
Boris Johnson boasts of ‘indestructible relationship’ with US [UPDATE] 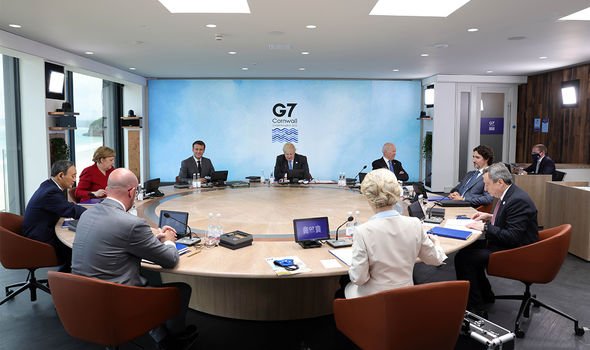 He said: “The world is in uncharted territory at present – it’s unsurprising that some countries would tear up the rule book.

“This is a demonstration of really how well Australia continues to do compared to the desperation of other countries.”

The meeting will also focus on other examples of protectionism, including the scramble for personal protective equipment (PPE) last spring.

Following the outbreak of Covid there was a shortage of PPE worldwide, with health workers struggling to be provided with the necessary protection to keep them safe from the virus. 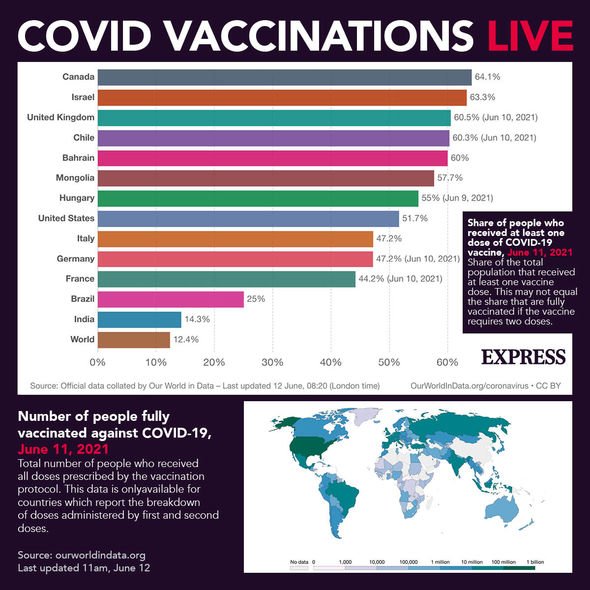 Some countries, including the UK and the US, also placed bans on some medicines leaving the country at the start of the pandemic due to shortages.

A report from the Institute of Chartered Accountants in England and Wales last year warned the protectionism would also have detrimental impact on growth due to less trade.

“The rise in protectionism globally has contributed to countries trading less and focusing on domestic industries, something which is expected to continue accelerating after the pandemic,” it said.