Eskimo Design owner Phil, who builds radiators and towel racks was interviewed by ITV where said he has opened a warehouse in Poland following new Brexit customs rules. He explained his factory would have been able to provide local investment but has now had to relocate. However, one working on Phil’s factory floor said they had little regrets over their decision to vote for Brexit, adding they see a bigger picture of “taking back control” and still had job safety despite the decision.

Speaking to ITV’s Tonight programme, business owner Paul said: “We would have been doubling the size of this factory but now this factory will remain the same size.

“These guys, their jobs are safe, but all that investment that would have been going into Birmingham will now be going somewhere into the EU.”

ITV also spoke with employees at the factory and found many of them voted for Brexit back in 2016.

They found very few had any regrets over their vote despite what it means for their boss.

Designer Anthony Britt was one such employee and was interviewed to discuss his Brexit vote.

He told the programme: “Were we looking at the manufacturing side [when we voted?] 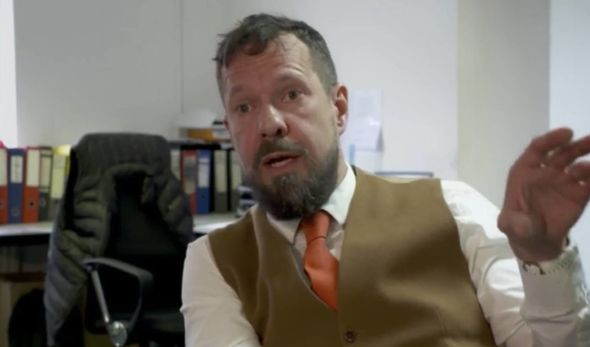 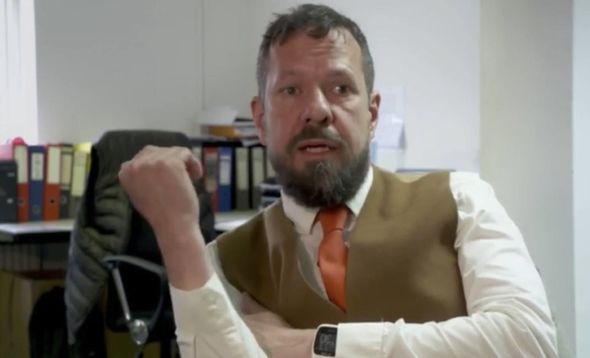 “Probably not, the vote was more about getting control back for the UK.”

A YouGov poll published in March revealed more people in the UK had an unfavourable view of the EU than a positive one.

Around 50 percent had a negative view with 35 percent having a positive view – 15 percent answered they did not know.

Ministers were concerned there would be huge delays at ports in the UK following Britain’s withdrawal from the EU.

EU told to 'stop messing about on Brexit' by Hartley-Brewer 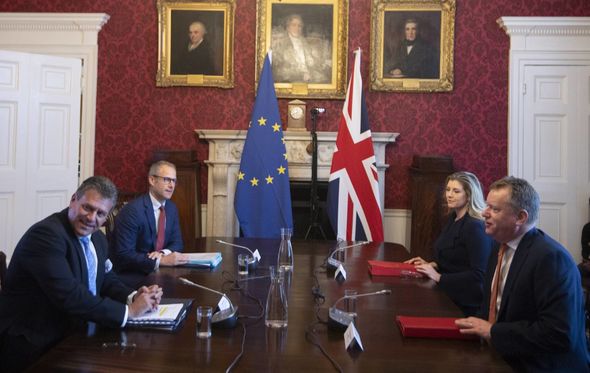 It comes as the UK and EU have been in a bitter standoff over new customs rules in Northern Ireland.

And a trading grace period on chilled meats is ending soon which has ignited tensions between the EU and UK. 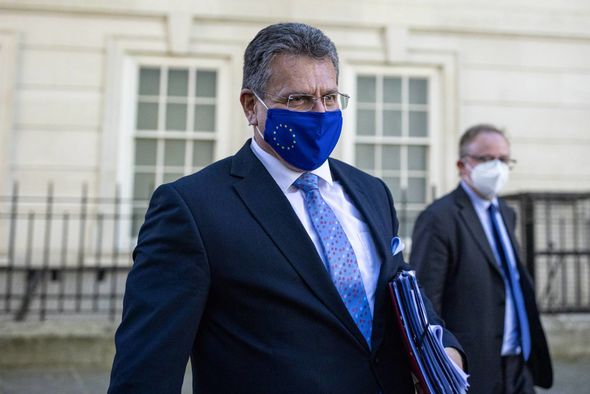 The UK has been calling for extensions to grace periods since the Protocol was implemented with Cabinet Minister Michael Gove asking the EU to extend them by several years.

The chilled meat grace period will finish at the end of June.

Brexit Minister Lord Frost and EU Vice-President Maros Sefcovic met in London earlier this week to thrash out a new agreement but nothing was resolved.

The G7 is set to be the stage of new negotiations and debate on the Protocol with US President Joe Biden wading into the row.

Mr Biden is concerned that the Good Friday Agreement may not be upheld if there are any drastic changes to the Northern Ireland Protocol.