A road trip is the perfect antidote to the ongoing coronavirus travel restrictions, with staycation hotspots proving hugely popular for British road trips.

Travel company Lonely Planet found 41% of travellers had never taken a road trip at home before and nearly half (49%) of those quizzed in a survey of 1000 people confessed to still having places on their wishlists to explore.

And for 39%, the comparative ease of a domestic adventure made them more reluctant to dig out their passport.

The lack of travel restrictions in the UK mean that it's a great time to explore your own back yard rather than travel to a far-off country elsewhere. 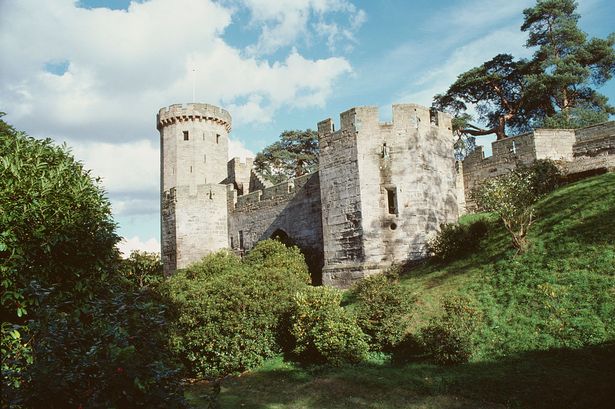 Our sister site 2Chill says current difficulties posed by trips overseas have seen a rise in staycations with 48% worried about countries going on the Government’s amber or red warning lists, 39% wanted to avoid

But you don’t need to be Thelma or Louise to buckle up and set your sat-nav for a free-wheeling adventure on your next holiday.

To help with your planning, Lonely Planet has produced a guide called Great Britain’s Best Trips of 36 routes that offer the freedom of the open road combined with the best of British natural, cultural and historic locations.

They range range from four days to three weeks and offer inspiration for the whole family.

It highlighted six of its favourite routes in less obvious locations that will take you from rugged castles and quaint market towns to Insta-worthy beachscapes and breathtaking viewpoints across the UK.

With imposing castles and sensational coastlines north-west Wales is extraordinary and offers some of the best touring routes.

Starting from Llandudno, this trip takes in mighty fortresses and some of the most dramatic coastlines in the entire country.

Stopping at the medieval towns of Conwy, Beaumaris and Caernarfon, you can then head to the Llŷn Peninsula’s enchanting mix of pastoral landscapes and rugged cliffs and the heritage towns of Aberdaron, Abersoch, Barmouth and Dolgellau.

In the heart of the country you’ll visit where royal battles were fought, castles were besieged and the aristocracy built palatial manors.

Want to bring a little glamour to your life every day with all the most exciting real-life stories, fashion and even sex tips HOT off the press?

Well, we've got you covered with our great new Hot Topics newsletter – it'll drop straight into your inbox around 7pm and you can unsubscribe whenever you like.

And signing up now means you'll get a front row seat for our great new series inside the lives of the next generation of Daily Star Page 3 girls.

Combine a coastal holiday with history and heritage by charting the changing character of the English coastline, from dignified resorts to a wild sweep of sandy beaches, backed by dunes and endless marshes where myriad bird species gather.

This trip starts in Aldeburgh, with stops including Southwold, Norwich, Cromer, Cley-next-the-Sea, Holkham Hall and ending in the historic port town of Kings Lynn.

Beyond the Roman city of York and the aristocratic splendour of Castle Howard, this varied tour takes in ancient architecture, wild moorland scenery, picture-postcard villages complete with steam trains and a bustling harbour town with macabre literary connections.

Starting in York with stops at Malton, Helmsley, Danby, Goathland and Whitby with its Gothic abbey and links to Bram Stoker’s Dracula, this route ends in the tiny fishing village of Robin Hood’s Bay where you can stretch your legs with a walk down the steep hill to the shore.

Jumping around the enchanting islands of the west coast on the ferry network, you’ll be eating seafood and sipping whisky along the way.

Starting in Glasgow, a vibrant city filled with excellent art, design, food and pubs, this tour takes in four of Scotland’s most enticing islands and offers an in-depth exploration of south-western Scotland.

From the stunningly scenic Arran to Islay’s welcoming distilleries, Oban’s seafood scene, Mull’s heart-lifting landscapes and the enchanting holy isle of Iona, you’ll end in the pretty town of Tobermory.

The ferry trips themselves offer sensational coastal perspectives and wildlife-spotting opportunities which are all part of the adventure.