NI Protocol: Beth Rigby says there is 'nervousness' in EU

Sky News’ Political Editor Beth Rigby warned the European Union was getting nervous that the UK may lash out against the Northern Ireland Protocol, adding the slow undermining of it could lead to a “death by a thousand cuts”. Ms Rigby added Prime Minister Boris Johnson wanted to put Brexit behind him but with US President Joe Biden wading into the row at the G7 this weekend it could bring further headaches to the PM. Mr Biden’s Security Advisor had “deep concerns” over the Northern Ireland Protocol and will do what he can to ensure the Good Friday Agreement is maintained.

“And then on practical issues, they’ll both have a commitment to try and reopen travel between the US and UK as soon as they can.

“So a symbolic moment, it is a great win for Boris Johnson who I’m sure will be delighted to be the first leader to welcome President Biden.

“But as I said, is that Brexit – which President Biden was not that keen on anyway – and issues around Northern Ireland and the knock-on effect on the Good Friday Agreement. 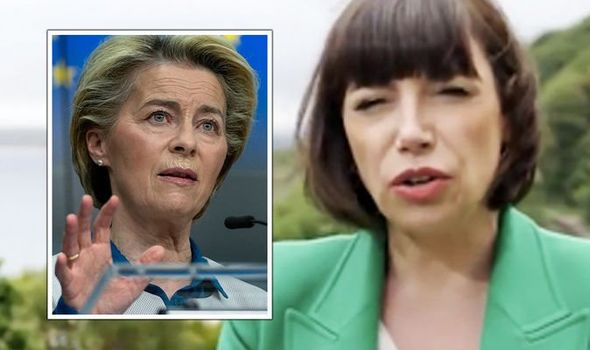 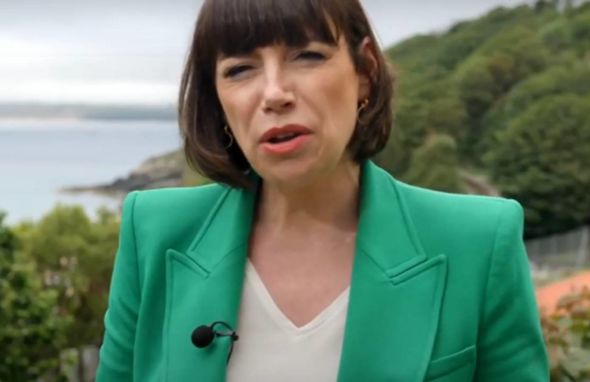 “And potentially a trade war with the EU is something the US President does not want to see.

“He will raise it with the prime minister because my sources in the EU say there is nervousness in the EU.

“And that the UK want to undermine the Protocol, they’ve realised it isn’t working for them.

“They would like to… have a death by a thousand cuts to undermine it.” 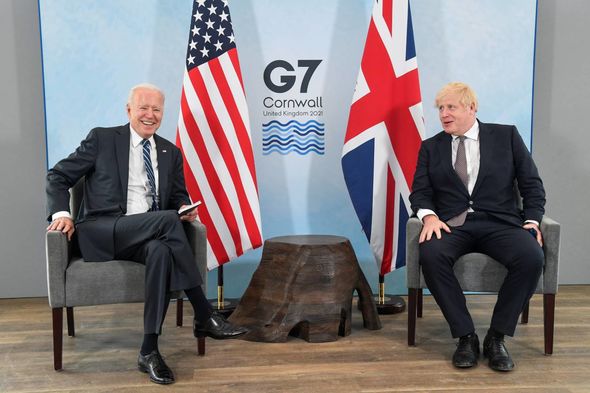 Ms Rigby added Mr Johnson would like to have put Brexit behind him and focus on building global trade.

But she warned it would be following him into the bilateral meeting he has with Mr Biden.

Boris Johnson and Joe Biden are expected to clash during their pre-meetings before the G7 as the Democrat leader has waded into the trade row in Northern Ireland.

The UK has pushed for extensions to grace periods which have suspended parts of the Protocol to gently wean businesses into the new rules.

But delays and complications at the border have caused havoc for businesses with the UK not ruling out using Article 16 to suspend parts of the Protocol. 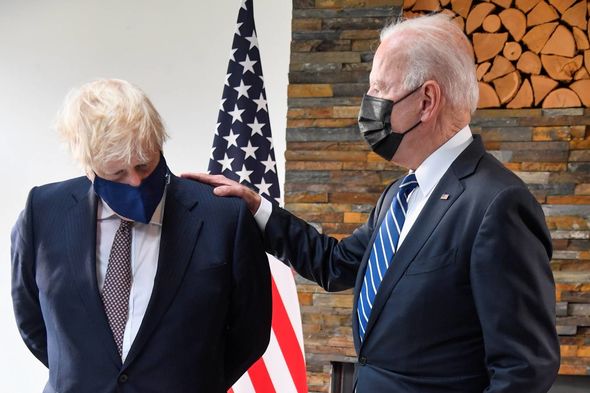 Brexit Minister Lord Frost and EU Vice-President Maros Sefcovic met earlier this week to try and come to an arrangement but were unable to do so.

Government ministers have also been riled up due to an upcoming deadline on a chilled meat export ban which had been covered by a grace period.

The EU does not allow third countries, something the UK became when it left the EU, to export chilled meats to the bloc.

Branded “sausage wars”, Environmental Secretary George Eustice said it was “bonkers” to see British goods banned when they had been imported for many years just fine.