Joe Biden jokes he ‘keeps forgetting’ he is US President

Mr Biden flew into Britain on Wednesday to attend the G7 meeting in Carbis Bay, Cornwall which starts on Friday. He is scheduled to meet Boris Johnson on Thursday ahead of the summit and will also have an audience with the Queen. Thereafter, he will fly to Brussels to attend both a NATO and EU summit.

On arrival at RAF Mildenhall, the President delivered a speech to cheering US military personnel and their families.

Embarrassingly, Mr Biden managed to turn the RAF into the RFA, when referencing the UK’s military air force.

The 78-year-old said: “These partnerships have been hardened in the fire of war. 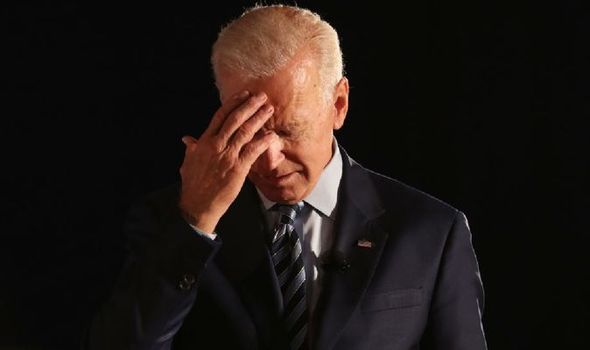 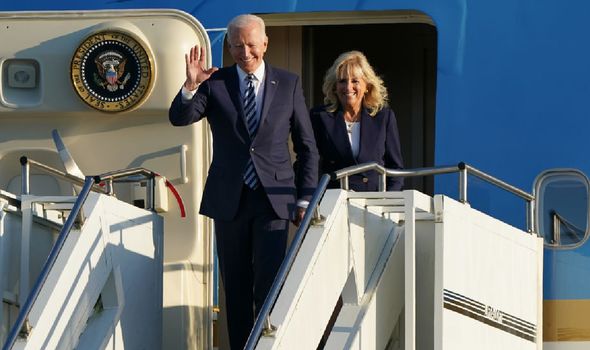 “Generations of Americans and service members fought them.

“Like the original Bloody Hundredth, and those RFA pilots.”

It came after the First Lady joked that her husband had to concentrate. 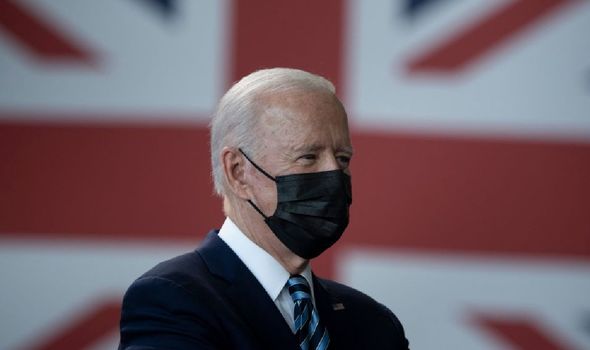 The US President declared that the USA was “back” after four turbulent years of Donald Trump and said the world’s democracies were “standing together to tackle the toughest challenges and the issues that matter most to our future.”

He reaffirmed the close relationship between the US and UK, describing it as the “strongest military and political alliance in the history of the world.” 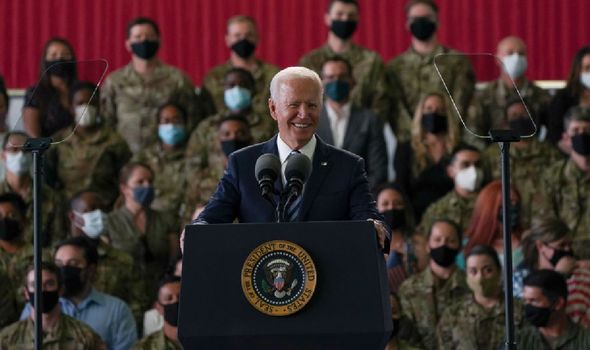 However, Mr Biden is known to have considerable concerns about Brexit and the current dispute over the Northern Ireland protocol.

He told the BBC: “Whatever way they find to proceed must, at its core, fundamentally protect the gains of the Good Friday Agreement and not imperil that.”