WWD has learned that Victor Luis, the former chief executive officer of Tapestry Inc. and the architect of its acquisitions drive, has made a “significant investment” in the Montreal-based firm, and will become its executive chairman.

The size of the stake and financial terms were not disclosed.

With his investment, Luis become an “operating partner” in Moose Knuckles alongside Paris-based Cathay Capital, the brand’s lead institutional investor that quietly took a stake in 2019.

Moose Knuckles said it logged a compound annual growth rate nearing 50 percent from 2015 through to the first quarter of this year, with a triple-digit increase in direct-to-consumer sales.

The company operates 11 freestanding stores, including three in China, and sells its outerwear and apparel in 30 countries through luxury retailers including Selfridges in the U.K., Holt Renfrew in Canada, Saks Fifth Avenue in the U.S., Isetan in Japan and Lane Crawford in Hong Kong.

Outerwear has been a hot category for mergers and acquisitions in recent years, with the likes of Stone Island, Canada Goose, Mackage, JOTT and Kanuk implicated in deals or initial public offerings.

“Over the medium term, the next milestone should be getting the business to $500 million,” Luis said in an interview this week. “And then over the long term, we want to be the leader in the space. I think we have the opportunity to do that by playing to our product strength, and to our very strong, differentiated consumer proposition.”

An industry veteran with global experience, Luis is best known for transforming Coach into the multibrand player Tapestry Inc. after bringing in Stuart Weitzman in 2015 and Kate Spade in 2017. He was seen as an empire builder and a formidable dealmaker, while girding Tapestry’s operational foundations as it became a house of brands.

Luis had a long career with French luxury giant LVMH Moët Hennessy Louis Vuitton and Baccarat before joining Coach in 2006, initially as president and CEO of Coach Japan.

Since exiting Tapestry in September 2019, Luis became an independent director of Farfetch and Deckers Outdoor Corp., parent of Ugg, Hoka, Tiva and Sanuk.

A pensive, warm executive with a bold creative streak, Luis said he’s kept close tabs on the luxury outerwear space for years, one of the fastest-growing categories in apparel. He noted “the category is exploding, and we’re growing faster than the category.”

“There’s only a couple of major players. So it’s highly fragmented, with many, many small brands. And Moose Knuckles is really taking a position amongst the leadership pack,” he said, singling out first and foremost “the technical and true craftsmanship” and “very strong functional heritage” of the Canadian brand, which often says it was “born on the tundra” but made for the “urban jungle.”

“Moose Knuckles has a very unique fashion angle as well; they’re much more tailored than some outerwear brands: very sleek, very youthful and with an irreverent positioning, which I think makes them a true modern alternative for this new, younger luxury consumer,” he added. 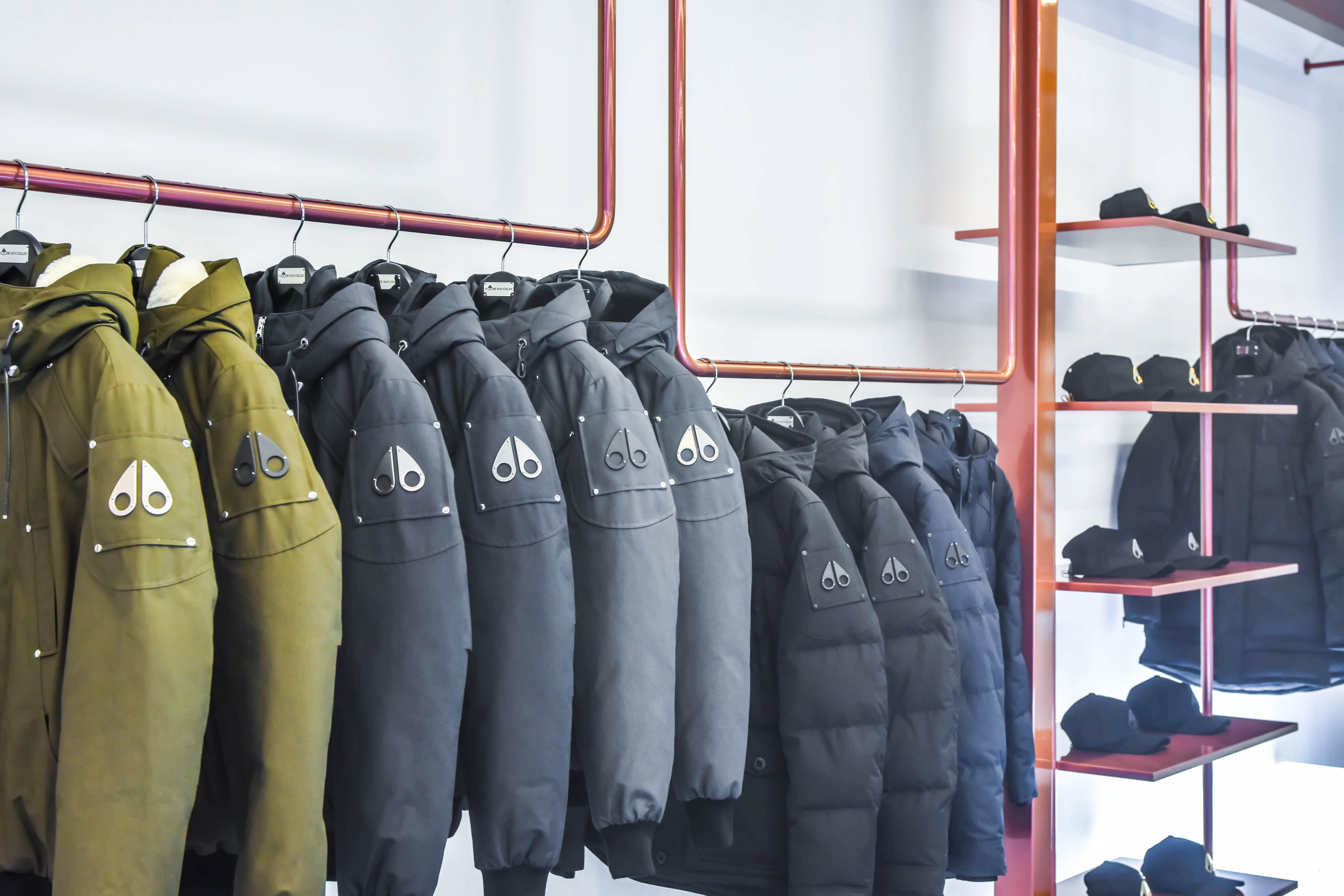 The first job will be expanding the brand’s direct-to-consumer distribution via web stores and brick-and-mortar boutiques. The lion’s share of new openings will be in first-tier Chinese cities, but also a few key capitals in Europe and North America, likely including London and Chicago.

Other strategic priorities include enhancing Moose Knuckles’ omnichannel capabilities, building brand awareness and expanding the product offer. Sportswear and cold-weather accessories were among recent additions, and footwear could be a future category, Luis noted.

The brand recently named a chief merchant, and recruited a former design director from Tom Ford and Burberry as its new head of women’s wear.

Established in 2009, Moose Knuckles has amassed a global following with its premium-down filled coats, leather jackets, artisan-crafted bombers and raucous campaigns geared toward fun-loving individuals. It planted its first flagship store in 2017 in Toronto, and handed out weed cookies at the opening to underscore its rebellious mind-set.

In recent years, the company has diversified its product offering and pursued an ambitious strategy of pop-ups to elevate its brand awareness. The brand is well established in North America and parts of Europe, and is now focused on growth in Asia.

The company has offices in Montreal, New York, Milan, London and Shanghai.

Moose Knuckles isn’t Cathay Capital’s only holding in the sector. Founded in 2007, the private equity firm has made more than 180 investments in business and digital services, consumer products, advanced manufacturing, e-commerce, education, logistics, health care and wellness. Its stakes in fashion and beauty concerns include Juliette Has a Gun, Geoskincare, Wolf Lingerie, Mauboussin, Dessange Paris — and also Italy’s Moncler, which has been dominating the luxury outerwear space with its buzzy Genius project. Canada Goose also has been growing quickly in the category.