Cyclone Tauktae (pronounced tau-te) has torn up India’s western coast over the weekend, claiming six lives and displacing thousands from their homes. Fears are growing for the nation, already in the grips of a devastating coronavirus wave, as rescue workers fear a “terrible double blow”.

The latest status report shows the massive cyclone is churning with winds of 115 knots (132 MPH).

The storm is due to make landfall with the state of Gujarat on Monday night local time.

Both Gujarat and its neighbouring state, Maharashtra, are on high alert, with heavy rains also forecast.

To track the progress of the storm live, head to Zoom Earth here. 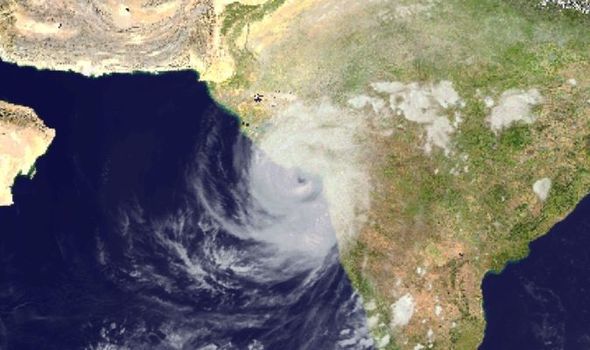 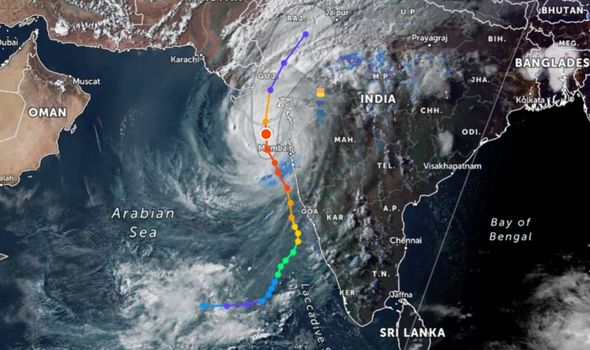 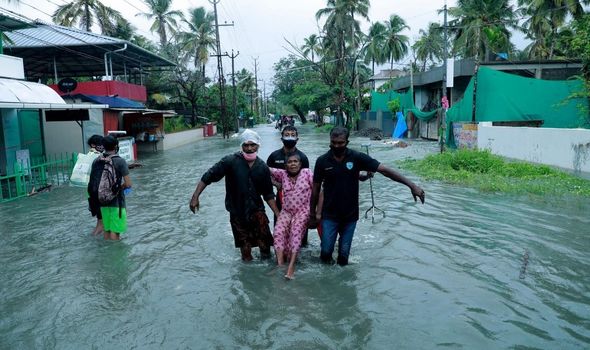 The IMD is warning of possible extensive damage from high winds, heavy rainfall and flooding in low-lying areas.

More than 150,000 people in low-lying areas have already been moved to shelters.

The move has sparked fears of possible further outbreaks of coronavirus, in a nation already desperately battling the virus.

The storm is also adding to the challenge facing India’s hospitals. Mumbai has already moved 580 Covid positive patients from dedicated centres to civic hospitals as a precaution. 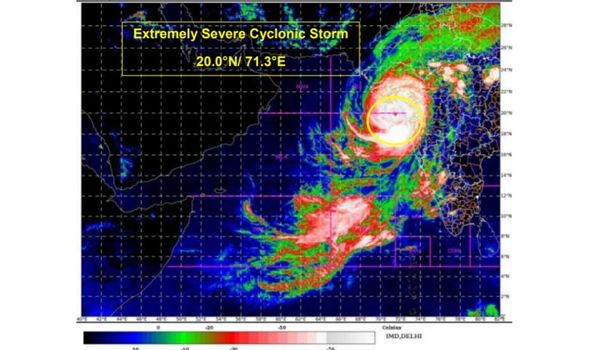 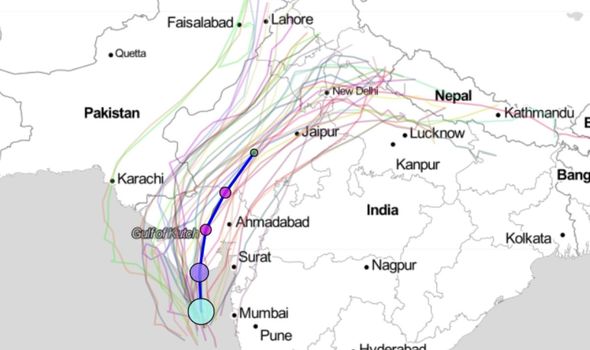 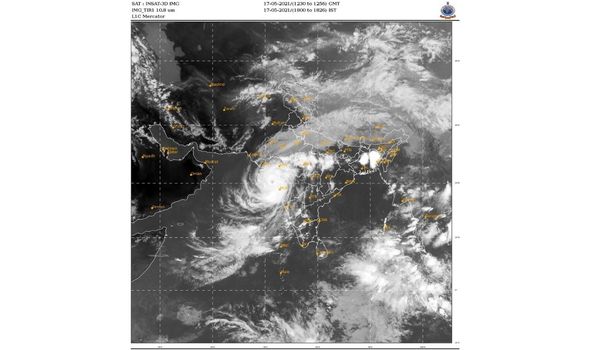 Thousands of fishing boats have returned to harbour and hundreds of merchant ships have been asked to re-route.

Teams from the National Disaster Response Force (NDRF) have been deployed in both states.

Rains from the storm killed six people in Kerala, Karnataka and Goa over the weekend as the cyclone moved along the western coastline.

Houses were destroyed and electricity was disrupted across several districts in these states.

Efforts are also underway to rescue more than 400 people stranded off the coast in two commercial barges.

The Indian navy has said it has begun rescue operations to save the people on both of the barges, which are off the coast of Mumbai, the capital of Maharashtra.

The South Asia head of the International Federation of Red Cross and Red Crescent Societies, Udaya Regmi, said the cyclone was a “terrible double blow” for families affected by the deadly COVID-19 surge. 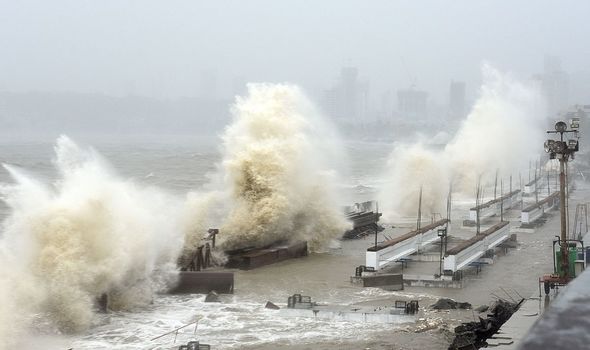 He said: “The potential impacts of Cyclone Tauktae are frightening as this monster storm threatens the state of Gujarat.

“Every effort must continue to keep people safe from this dangerous storm and the raging pandemic.”

Some vaccination efforts have been suspended in areas due to be struck by the cyclone.

India has already recorded more than 270,000 Covid-related deaths, among the highest figures in the world.