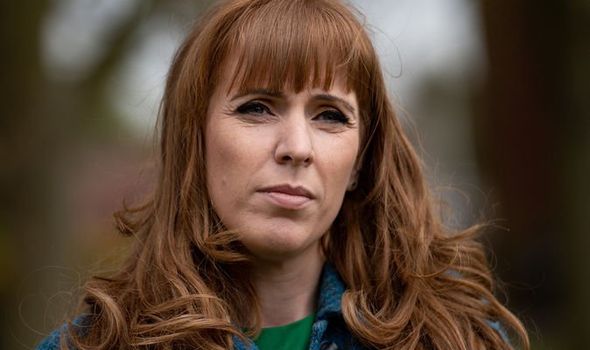 The deputy leader has been relieved of some of her responsibilities as a vicious blame game breaks out over Labour’s disastrous results in Hartlepool and local council elections.

Ms Rayner had been responsible for the party’s local election campaign but Sir Keir Starmer yesterday said he took responsibility for the poor results.

His decision to sack Ms Rayner just 24 hours later has stunned MPs from across all factions of the party.

He said: “Keir Starmer said yesterday that he took full responsibility for the election result in Hartlepool and other losses.

“Instead today he’s scapegoating everyone apart from himself. This isn’t leadership, it’s a cowardly avoidance of responsibility.”

The Conservatives won a majority of nearly 7,000 votes in Hartlepool on Thursday, with the northern England town electing its first Tory MP for over 50 years.

Labour has a net loss of six councils and more than 200 seats in the local elections, losing control of the likes of Harrow, Essex, and Plymouth local authorities in the process.

The party also failed to topple Tory mayoral incumbents in the Tees Valley and the West Midlands, although did produce a surprise victory in the West of England mayoral contest and comfortable wins in Greater Manchester and the Liverpool City Region.

Caroline Flint, the former MP for the Yorkshire seat of Don Valley, has also spoken out against the decision.

“Not sure why she’s to blame for losses when others had more say on strategic decisions,” she said.

A vocal critic of the direction of the Labour Party in recent years, Ms Flint has accused the party of losing touch with its traditional working-class voters.