The Labour Party stronghold passed into the hands of the Conservative Party for the first time in 1974, with candidate Jill Mortimer becoming the first woman to represent the constituency ever. Labour has also appeared to suffer a loss as council elections’ results trickled in through Friday afternoon, with Boris Johnson’s candidates securing significant gains in Northumberland and Dudley. A Sky News graphic broadcast as results were announced showed Labour trailing behind the Conservatives.

Harrow council, long considered to be an indicator of the national mood, swung in favour of the Prime Minister’s party.

The Conservatives also took over the council at Nuneaton and Bedworth from no overall control. 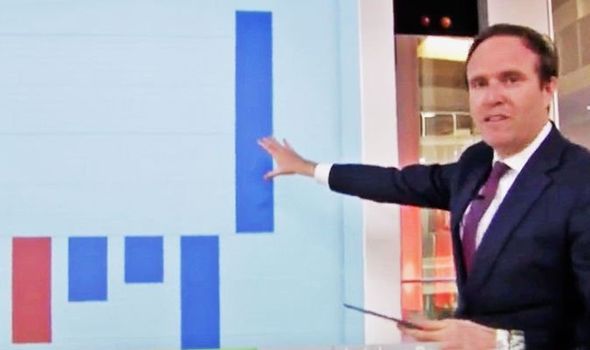 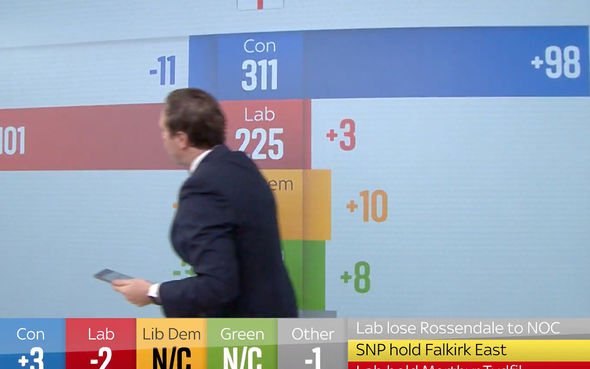 “Conservatives have 311, Labour have 225 but the Conservatives are making extraordinary gains – 98 seats gained and Labour losing 101 and counting.

“Who knows how things are going to go in the coming hours as results come through. It’s still early in this count, 25 out of 143 have been counted so there’s a lot more yet to come.”

Commenting on the result of the election, Sir Keir Starmer insisted members of the party would need to stop “quarrelling” and focus on working together to gain back the trust and support of the public.

Pressed on what that change would look like, he added: “It means stopping as a party quarrelling among ourselves, looking internally and facing the country and setting out that bold vision for a better Britain and changing the things that need changing.

“That is the change I will bring about.”

Manfred Weber in vitriolic dig at UK as he blames unrest on Brexiteers [INSIGHT]
‘He is toast!’ Peston warns Boris that Tories will not tolerate chaos [ANALYSIS]
‘Why did it take so long?!’ Boris Johnson confronted on India delay [VIDEO] 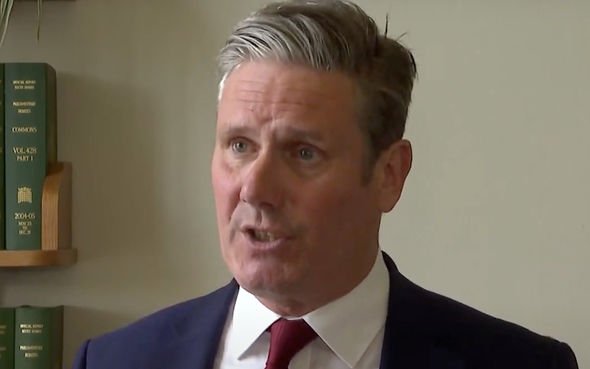 “I will set out what change is needed over the next few days, but I’m absolutely clear in my mind and absolutely determined to do whatever is necessary to fix things and to make sure we can make that case to the country in a compelling way.

He went on: “I will set out what we need to do to reconnect the Labour Party to the voters that have cast their verdict on us last night, particularly in places like Hartlepool.”