Mr. Kahlenberg is a senior fellow at the Century Foundation who focuses on segregation in schools and housing. 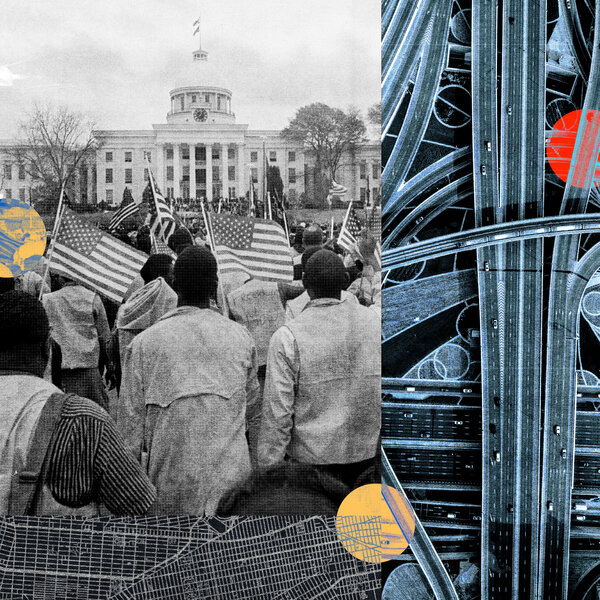 Housing segregation by race and class is a fountainhead of inequality in America, yet for generations, politicians have been terrified to address the issue. That is why it is so significant that President Biden has proposed, as part of his American Jobs Act, a $5 billion race-to-the-top competitive grants program to spur jurisdictions to “eliminate exclusionary zoning and harmful land use policies.”

Mr. Biden would reward localities that voluntarily agree to jettison “minimum lot sizes, mandatory parking requirements and prohibitions on multifamily housing.” The Biden administration is off to an important start, but over the course of his term, Mr. Biden should add sticks to the carrots he has already proposed.

Although zoning may seem like a technical, bureaucratic and decidedly local question, in reality the issue relates directly to three grand themes that Joe Biden ran on in the 2020 campaign: racial justice, respect for working-class people and national unity. Perhaps no single step would do more to advance those goals than tearing down the government-sponsored walls that keep Americans of different races and classes from living in the same communities, sharing the same public schools and getting a chance to know one another across racial, economic and political lines.

Economically discriminatory zoning policies — which say that you are not welcome in a community unless you can afford a single-family home, sometimes on a large plot of land — are not part of a distant, disgraceful past. In most American cities, zoning laws prohibit the construction of relatively affordable homes — duplexes, triplexes, quads and larger multifamily units — on three-quarters of residential land.

In the 2020 race, Mr. Biden said he was running to “restore the soul of our nation,” which had been damaged by President Donald Trump’s embrace of racism. Removing exclusionary barriers that keep millions of Black and Hispanic people out of safe neighborhoods with strong schools is central to the goal of advancing racial justice. Over the past several decades, as the sociologist Orlando Patterson has noted, Black people have been integrated into the nation’s political life and the military, “but the civil-rights movement failed to integrate Black Americans into the private domain of American life.”

Single-family exclusive zoning, which was adopted by communities shortly after the Supreme Court struck down explicit racial zoning in 1917, is what activists call the “new redlining.” Racial discrimination has created an enormous wealth gap between white and Black people, and single-family-only zoning perpetuates that inequality.

While exclusionary zoning laws are especially harmful to Black people, the discrimination is more broadly rooted in class snobbery — a second problem Mr. Biden highlighted in his campaign. As a proud product of Scranton, Pa., Mr. Biden said he would value the dignity of working people and not look down on anyone. The elitism Mr. Biden promised to reject helps explain why in virtually all-white communities like La Crosse, Wis., efforts to remedy economic segregation have received strong pushback from upper-income whites, and why middle-class Black communities have sometimes shown fierce resistance to low-income housing.

If race were the only factor driving exclusionary zoning, one would expect to see such policies most extensively promoted in communities where racial intolerance is highest, but in fact the most restrictive zoning is found in politically liberal cities, where racial views are more progressive. As Harvard’s Michael Sandel has noted, social psychologists have found that highly-educated elites “may denounce racism and sexism but are unapologetic about their negative attitudes toward the less educated.” Class discrimination helps explain why, despite a 25 percent decline in Black-white residential segregation since 1970, income segregation has more than doubled.

By addressing a problem common to America’s multiracial working class, reducing exclusionary barriers could also help promote Mr. Biden’s third big goal: national unity. Today, no two groups are more politically divided from each other than working-class whites and working-class people of color. For centuries, going back to Bacon’s Rebellion in 1676, right-wing politicians have successfully pitted these two groups against each other, but every once in a while, America breaks free of this grip, and lower-income and working-class people of all races come together and engage in what the Rev. William Barber II calls “fusion politics.”

It happened in 1968, when Mr. Biden’s hero Robert Kennedy brought together working-class Black, Latino and white constituencies in a presidential campaign that championed a liberalism without elitism and a populism without racism. It happened again in 1997 and 2009 in Texas, when Republican legislators representing white working-class voters and Democrats representing Black and Hispanic constituencies came together to support (and then to defend) the Texas top 10 percent plan to admit the strongest students in every high school to the University of Texas at Austin, despite the opposition of legislators representing wealthy white suburban districts that had dominated admissions for decades. And a similar coalition appears to be coming together in California, over the issue of exclusionary zoning. State Senator Scott Wiener, who has been trying to legalize multifamily living spaces, told me that Republican and Democratic legislators representing working-class communities have supported reform, while the opponents have one thing in common: They represent wealthier constituents who “wanted to keep certain people out of their community.”