The president’s infrastructure proposals are likely to require trillions of dollars in new tax revenue. They also give liberals a chance to address what they call the failures of Republican tax cuts. 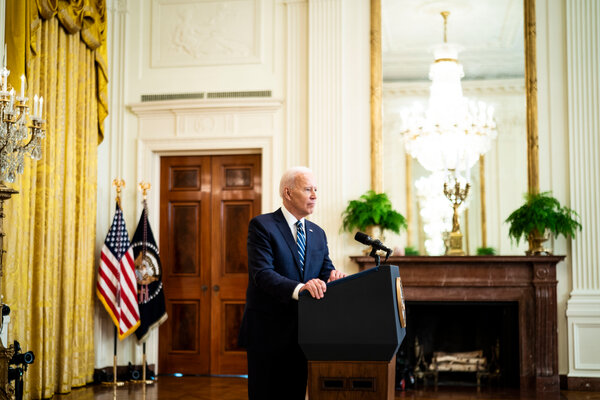 By Jim Tankersley and Emily Cochrane

WASHINGTON — Democrats have spent the last several years clamoring to raise taxes on corporations and the rich, seeing that as a necessary antidote to widening economic inequality and a rebuke of President Donald J. Trump’s signature tax cuts.

Now, under President Biden, they have a shot at ushering in the largest federal tax increase since 1942. It could help pay for a host of spending programs that liberal economists predict would bolster the economy’s performance and repair a tax code that Democrats say encourages wealthy people to hoard assets and big companies to ship jobs and book profits overseas.

The question is whether congressional Democrats and the White House can agree on how sharply taxes should rise and who, exactly, should pay the bill. They widely share the goal of reversing many of Mr. Trump’s tax cuts from 2017, and of making the wealthy and big businesses pay more. But they do not yet agree on the details — and because Republicans are unlikely to support their efforts, they have no room for error in a closely divided Senate.

For Mr. Biden, the need to find consensus is urgent. The president is set to travel to Pittsburgh on Wednesday to unveil the next phase of his economic agenda — a sprawling collection of programs that would invest in infrastructure, education, carbon-reduction and working mothers and cost $3 trillion to $4 trillion.

The package, which follows on the heels of Mr. Biden’s $1.9 trillion economic aid bill, is central to the president’s long-term plan to revitalize American workers and industry by funding bridges and roads, universal pre-K, emerging industries like advanced batteries and efforts to invigorate the fight against climate change.

Mr. Biden plans to finance that spending, at least in part, with tax increases that could raise upward of $2.5 trillion in revenue if his plan hews closely to what he proposed in the 2020 presidential campaign. Aides suggest his proposals might not be entirely paid for, with some one-time spending increases offset by increased federal borrowing.