The episode highlighted how murky new guidelines toward past use are, particularly for a White House that has pledged to embrace progressive positions. 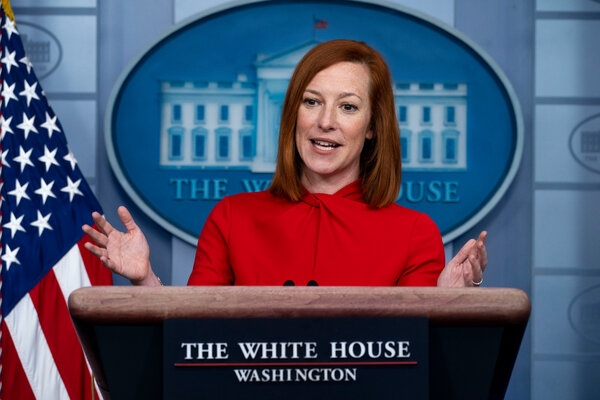 By Katie Rogers and Zolan Kanno-Youngs

WASHINGTON — In February, the Biden administration signaled that past marijuana use would not necessarily disqualify a person from employment by relaxing longstanding policies that have barred some past users of the drug from working in the White House.

The change was seen as a way to open the door for younger talent from parts of the country where marijuana has been legalized, but it took only a few weeks for the new guidelines to be publicly tested.

On Friday, responding to a news report in The Daily Beast that said dozens of young staff members had been pushed to resign or had been reassigned to remote work based on their past marijuana use, Jen Psaki, the White House press secretary, confirmed that some employees had been sidelined but said that it applied to fewer people.

“The bottom line is this,” Ms. Psaki wrote on Twitter, “of the hundreds of people hired, only five people who had started working at the White House are no longer employed as a result of this policy.”

The episode highlighted how murky the new guidelines are, particularly for a White House that has pledged to embrace progressive positions. A number of officials who have disclosed past marijuana use but are still permitted to work for the Biden administration have been asked to sign a pledge not to use marijuana while working for the government, and they must also submit to random drug testing, according to officials. Not everyone who disclosed past marijuana use during an extensive background check has been given the chance to stay on.

Aides to President Biden defended the policy, noting that previous administrations enforced stringent measures, including President Barack Obama, who engaged in recreational drug use as a youth. The Obama administration required past use to have been six months old or longer or only two to three uses in the past year.