YouTube’s Shorts may sound like the latest techie wear for leg-baring apparel, rather than the new one-minute video format from the Google-owned platform. Even so, the company is still hoping its TikTok competitor will become all the rage across the U.S.

Officially introducing the new, one-minute videos this week, YouTube revealed it has begun rolling out the feature as a nationwide beta test, joining the ranks of other short-video offerings from Instagram, Snapchat and others.

The test first hit India in September and proved popular, leading the company to open it up in its home turf, where it will gradually make its way across the country in coming weeks.

According to product lead Todd Sherman, Indian channels featuring Shorts more than tripled since the start of December. “People are also watching more and more Shorts around the globe,” he wrote in a blog post. “The YouTube Shorts player has now surpassed 6.5 billion daily views globally.”

The fast traction is due in no small part to YouTube’s deep ties with the music industry.

Music, which is core to TikTok and its growing legions of clones, has been a marquee part of YouTube for years. Its extensive relationships are a significant advantage over competitors, some of which may be stymied by issues like negotiating song rights. Meanwhile, YouTube is able to build out a robust catalog.

The beta test in the U.S. will include the baseline editing tools introduced in India — such as the ability to put multiple clips together, record with music and control speed — plus new abilities, like adding text at certain points in a video and audio sampling from other Shorts.

The company also plans to allow the use of audio from YouTube videos, which would amount to a large pipeline of tunes. YouTube videos number in the billions.

Once created, Shorts will reside in a row on the homepage. On mobile, the company is also testing the addition of a dedicated tab, for one-tap access. A new viewing experience will let users swipe vertically to move from one video to another, a familiar navigational mechanic for short videos that’s already ingrained in social video users. 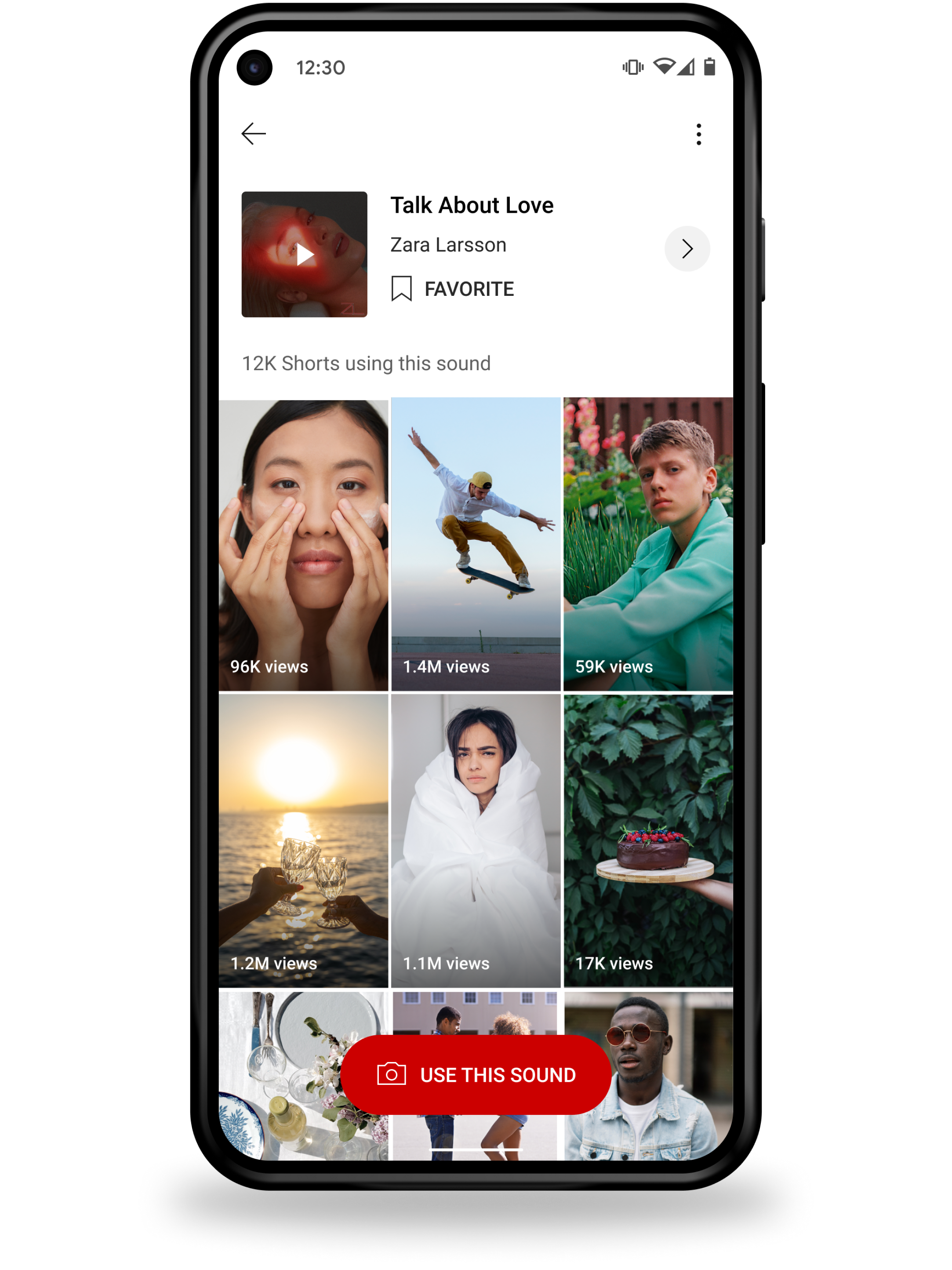 Such considerations are key, because ease of use in any sort of fast video experience critically matters. Instagram might attest to that: In November, the social media rival redesigned its app, bumping “new post” and notifications to the upper right corner and replacing them in the main tabs with Reels and Shopping icons. The move infuriated people habituated to the old interface, sparking a backlash among some influencers.

YouTube wants to integrate the Shorts format in a way that works with the main video platform, rather than distracts from it. For instance, in the earlier example, a user will be able to watch a music video and quickly create a Short with that audio. The reverse may work as well, with the person hearing a song snippet in a Short, quickly finding the full song, listening to it, watching the music video and then learning more about the artist.

Few other companies would be capable of executing this kind of experience with the depth and breadth that YouTube is able to, and at its scale. More than 2 billion people watch its videos every month. If only a fraction check out Shorts, it would still dwarf TikTok’s 100 million-plus users.

What may complicate the feature’s appeal, however, is that views from Shorts don’t add to YouTubers’ watch time for existing monetization. And brands or influencers who have honed their video-making production may not know how to deal with the new format and vertical orientation. The web is already awash in these sorts of questions.

That may subside over time, especially if more details get hammered out and the feature attracts large audiences in this test. At that point, it could become a legitimate tool for influencers or businesses, akin to sponsored video teasers for product discovery or brand experiences.

Given that YouTube is a Google company, that sort of long-term thinking into Shorts may already be in the works.