China’s biggest sandstorm in a decade has covered Beijing in a thick blanket of brown dust and grounded more than 400 flights.

The China Meteorological Administration announced a yellow alert on Monday morning, as the storms, powered by heavy winds blowing in from the Gobi Desert and parts of northwestern China, covered the capital in a thick, orange-brown dust.

The agency said the storms, the worst in at least 10 years, spread from Inner Mongolia into the provinces of Gansu, Shanxi and Hebei, which surround Beijing. 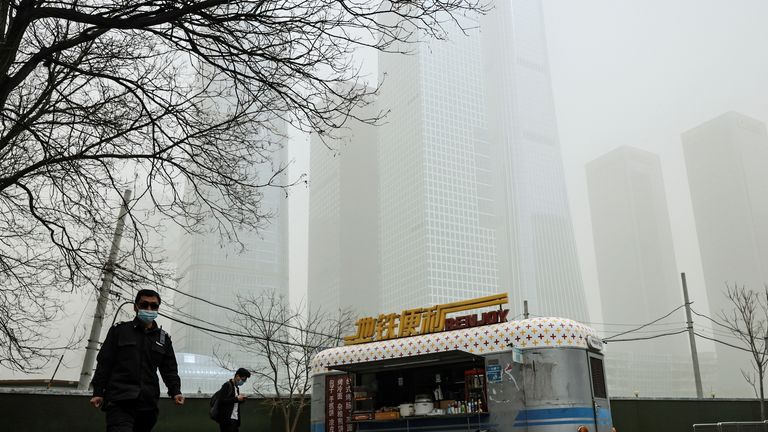 Hundreds of flights out of Beijing’s two main airports were cancelled.

Rush hour commuters choked as floating particles, known as PM10, rose beyond 8,000 micrograms per cubic metre in some districts,160 times the level of 50 recommended by the World Health Organisation (WHO).

Readings of PM2.5, smaller particles that infiltrate the lungs, were also above 300 micrograms per cubic metre, almost 10 times the country’s standard of 35 micrograms.

Sandstorms are commonplace in Beijing in March and April because of its closeness to the Gobi. 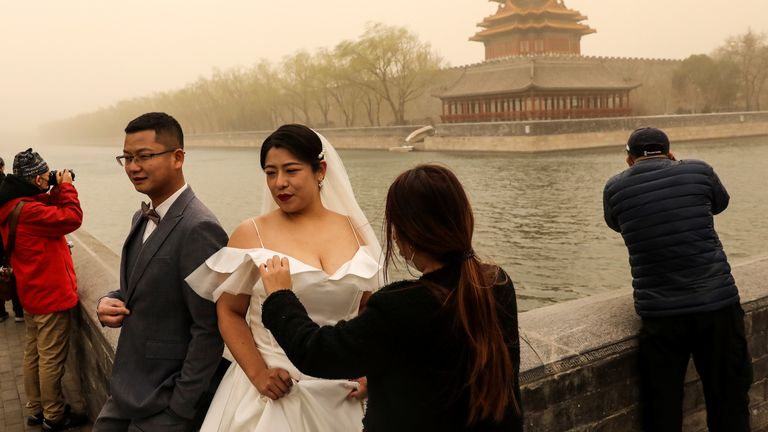 Widespread deforestation and soil erosion throughout northern China have made the situation worse.

China has been trying to fix the problem of its own making by re-foresting and other environmental management schemes to limit how much sand is blown into the capital.

A “great green wall” of trees to trap incoming dust, has been planted and authorities have tried to create air corridors that channel the wind and allow sand and other pollutants to pass through more quickly.

The amount of the country covered by forest has risen from 12% when the scheme began in 1978 to almost 22%, according to the latest official figures, Bloomberg said.

NASA satellite images confirm China is a world leader in afforestation, it added.

While the coronavirus pandemic has helped reduce pollution levels worldwide including in China, Beijing and surrounding regions have been suffering from high levels of pollution in recent weeks.

The city was shrouded in smog during the national session of parliament which began on 5 March.

Officials in Tangshan, China’s top steelmaking city and a major source of pollution in Beijing and Hebei, said on Saturday local businesses would be punished for failing to carry out emergency anti-smog measures.

Tags: A beijing in sandstorm worst