Under pressure to play catch-up on “vaccine diplomacy,” President Biden says he will help finance vaccine manufacturing capacity but is still resisting exports of doses. 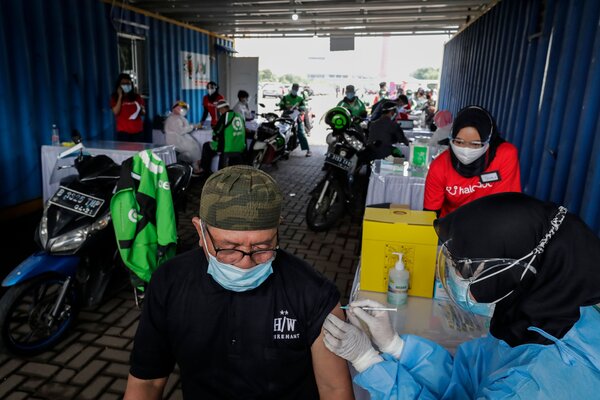 In a deal announced at the so-called Quad Summit, a virtual meeting of leaders of the four countries, the Biden administration committed to providing financial support to help Biological E, a major vaccine manufacturer in India, produce at least 1 billion doses of coronavirus vaccines by the end of 2022.

That would address an acute vaccine shortage in Southeast Asia and beyond without risking domestic political blowback from exporting doses in the coming months, as Americans clamor for their shots.

The United States has fallen far behind China, India and Russia in the race to marshal coronavirus vaccines as an instrument of diplomacy. At the same time, Mr. Biden is facing accusations of vaccine hoarding from global health advocates who want his administration to channel supplies to needy nations that are desperate for access.

Insisting that Americans come first, the president has so far refused to make any concrete commitments to give away American-made vaccines, even as tens of millions of doses of the vaccine made by the British-Swedish company AstraZeneca sit idly in American manufacturing facilities.

In fact, the president has a lot of work ahead of him domestically to make good on the promises he has made in recent days: that all states must make all adults eligible for vaccinations by May 1, that enough vaccine doses will exist by the end of May to inoculate every American adult, and that by July 4, if Americans continue to follow public health guidance, life should be returning to a semblance of normalcy.

Vaccine supply appears on track to fulfill those goals, but the president must still create the infrastructure to administer the doses and overcome reluctance in large sectors of the population to take them.

Still, Mr. Biden has also made restoring U.S. leadership a centerpiece of his foreign policy agenda after his predecessor frayed alliances and strained relationships with allies and global partners. His secretary of state, Antony J. Blinken, said in a recent BBC interview that a global vaccination campaign would be part of that effort; Washington, he said, was “determined” to be an “international leader” on vaccinations.