The Prime Minister is set to face questioning over the infectious strain of coronavirus which is understood to have mutated in Manaus in Brazil. There are fears about how the vaccines being quickly distributed across the UK would be able to defend against the infectious strain. On Tuesday, Health Secretary Matt Hancock confirmed officials had narrowed the search for one missing case of the Brazil strain – which had been identified in the UK – to 397 households in southeast England. Six cases of the mutant variant were discovered in the UK last month with three cases found in Scotland and the others in England.

Research from the Brazilian city of Manaus has also suggested between 25 percent and 61 percent of people who have previously had Covid are susceptible to reinfection from the strain.

But, British experts have cautioned that the study cannot be used to predict what may happen in the UK.

Sharon Peacock, executive director and chairwoman of the Covid-19 Genomics UK (COG-UK) consortium, and professor of public health and microbiology at the University of Cambridge, said P1 had been found in 25 countries to date.

But she said the current study could not be used to speculate on the effectiveness of vaccines or how things will “pan out in other countries including the UK”. 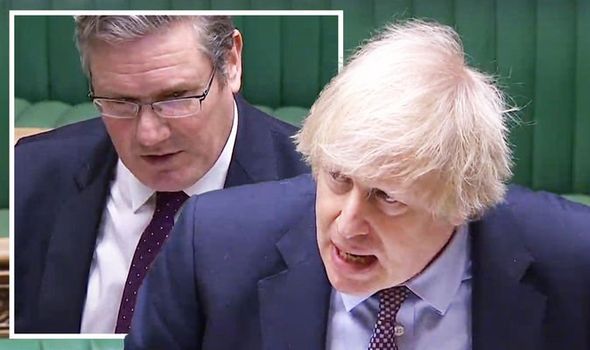 How the findings, which have yet to be peer-reviewed, “relate to United Kingdom is yet to be determined”, she added.

Labour Party leader Sir Keir Starmer is also likely to question the Prime Minister on the mass reopening of schools, which is set to take place on Monday.

It is the first step in the Prime Minister’s roadmap to reopening England from its third lockdown to combat rising Covid infections.

Prime Minister’s Questions will get underway at midday and will be followed by Rishi Sunak’s Budget, as the Chancellor unveils his plan to help the country recover from the pandemic.

He said: ”All our thoughts remain with those affected, their families and love ones, and we will continue to seek justice.”