A new law has been passed to let senior ministers take maternity leave – but the government is facing potential legal action for not widening the offer to all MPs.

The legislation was rushed through the Commons in one day to let Attorney General Suella Braverman take six months away from her post following the pending birth of her second child.

Current laws mean she would have had to resign if she wanted to take the time off with her baby, but that will change after the Maternity Allowances Bill passed unopposed. However Labour MP Stella Creasy said it could “send an incredibly dangerous” message to employers by creating a “two-tier system”.

“We are sending a message that maternity leave should be a perk conferred by your employer as a benefit just as a company car would be if we only pass forward this legislation,” she told the Commons.

“One in four women during the pandemic who is pregnant or newly-mum has said that they have faced discrimination, that they are losing their jobs, they are being furloughed.

“In that context, to only work for that small number of women is not just a missed opportunity, it is potentially setting up the presence of a two-tier system of maternity leave in this country.

“And the message that we as the people who make the laws are sending to those businesses about how they should treat pregnant women we do at our peril.” 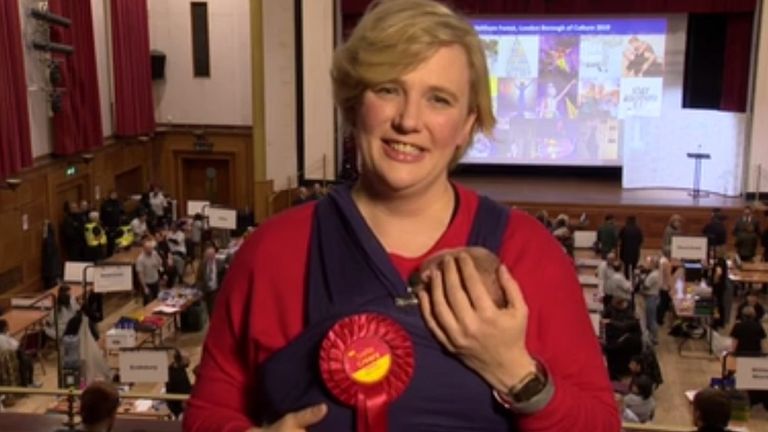 Earlier Ms Creasy told BBC Radio 4 she was “prepared to go to court over this because it is a form of direct discrimination”.

Another Labour MP, Yvette Cooper, said 20 years ago she became the first minister to take maternity leave and it was “quite astonishing” it had taken so long for a minister who attends cabinet to do the same.

When she asked what to do in the run up to her baby being born, she revealed the then-cabinet secretary told her: “‘As ministers are crown appointments it was really a matter for the Queen’.

“But nobody thought we should be asking Her Majesty.”

Minister Penny Mordaunt said the new law will put an end of the “wholly unacceptable” situation of a minister having to resign if they want to take maternity leave.

She added that male MPs may want to take more than the two weeks statutory paternity leave – and the government “will consider this as part of our further work”.