US Election: Kamala Harris may ‘take over’ from Biden says Dale

Kamala Harris and Joe Biden will attend their inauguration ceremony to be sworn in as the 46th US presidential duo. Donald Trump the incumbent Republican leader has now left the White House for the last time, boarding Marine One to make his way back to his Florida home and making way for the incoming President and his Vice President.

Ms Harris will make history when she takes the oath of office today (Wednesday, January 20).

She will become the first woman and first black and South Asian American to serve as the US vice president.

Ms Harris – who launched a presidential bid in 2020 but dropped out before the primaries – will replace the Speaker of the House Nancy Pelosi as the highest-ranking female within the Democratic party.

Ms Harris had one of the most liberal voting records in the US Senate, often pushing progressive causes such as gay rights, immigration and legislation of marijuana and gun control. 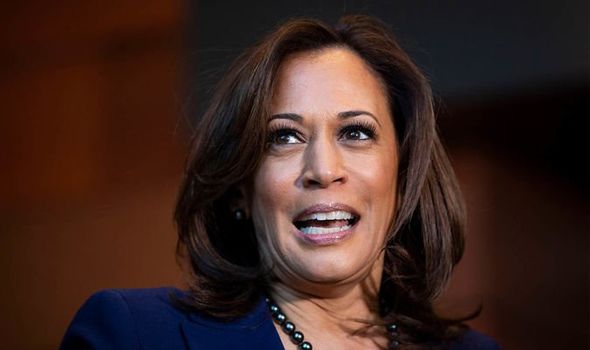 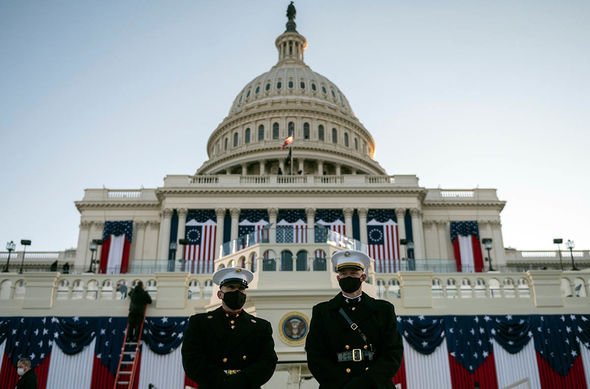 Ms Harris and Mr Biden will begin their historic term attending a church service at the Cathedral of St Matthew the Apostle with their spouses and key congressional leaders.

Donald Trump left the White House earlier in the day, attending a farewell ceremony for himself at 8am (1pm GMT).

He is now flying to Florida where he is expected to travel to his Mar-a-Lago estate. 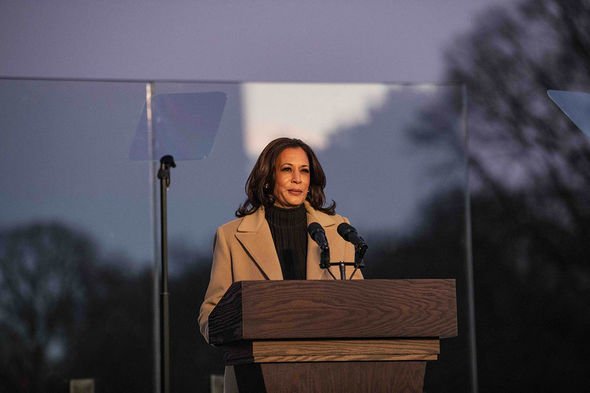 Mr Biden and Ms Harris will travel to the US Capitol building at 10.30am (3.30pm GMT) after the church service concludes.

The Democratic President-elect will be sworn in as President at noon (5pm GMT). 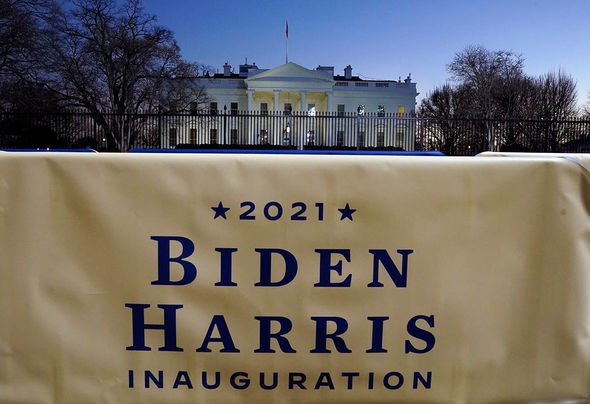 After being sworn in, Mr Biden will deliver his inaugural address and following the swearing-in ceremony at the Capitol, Mr Biden and Ms Harris will travel to the Tomb of the Unknown Soldier at 2.25pm (7.45pm GMT).

The pair will lay a wreath at the tomb before being escorted to the White House.

Mr Biden is expected to begin signing several Executive Orders, beginning to undo some of Mr Trump’s work over the past four years.

At 8.48pm (1.48am GMT) Mr Biden and Ms Harris will attend the Celebrating America inaugural programme where they will both speak. 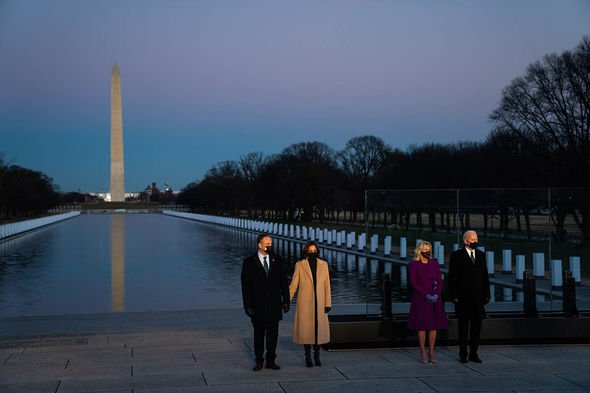 Does the vice president live at the White House?

No, vice presidents do not live at the White House, an honour bestowed upon the president alone.

The vice president’s offices are on the White House grounds, but they do not live there.

Instead, every vice president since Walter Mondale has lived with their families on the grounds of the United States Naval Observatory which is located at 3450 Massachusetts Avenue NW in Washington DC.

The estate is close to the White House grounds and not far from where Ms Harris’s husband will work.

Historically, vice presidents and their families lived in their own homes, but the cost of securing these private residences grew substantially over the years.

Therefore, in 1974, Congress agreed to refurbish the house at the Naval Observatory as a home for the vice president.

Walter Mondale was the first Vice President to move into the home.

Since that time the families of vice presidents Bush, Quayle, Gore, Cheney, Biden and Pence have lived there.