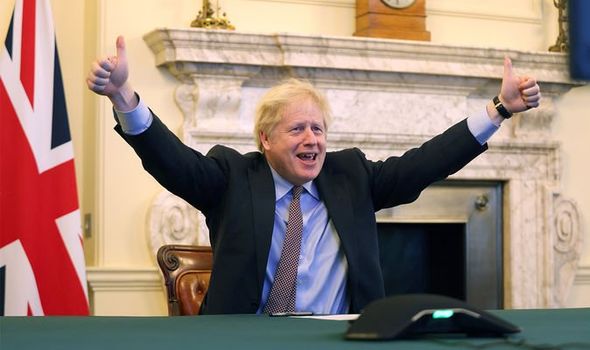 This afternoon a trade deal between Britain and Brussels was finally agreed.

Celebrating the trade agreement as a success, No10 said the pact “guarantees that we are no longer in the lunar pull of the EU”.

The Christmas Eve deal was finalised this afternoon after 48 hours of almost constant negotiations between Brussels and the UK.

Boris Johnson and European Commission President Ursula von der Leyen spoke on the phone on at least four occasions yesterday as they worked together to break the deadlock.

Announcing the deal on Twitter the Prime Minister said “the deal is done” and shared a picture of a beaming Mr Johnson giving two thumbs up in the Cabinet Room.