The Government has announced seven new Tory nominations, five Labour nominations and four new crossbench nominations to sit in the upper house of Parliament. There were already 811 members of the Lords already before the latest announcement.

Among those nominated is former Conservative MEPs Daniel Hannan and Syed Kamall.

Labour leader Sir Keir Starmer put forward Gillian Merron, Chief Executive of the Board of Deputies of British Jews, in a nomination likely to be seen as an attempt to draw a line under the anti-Semitism crisis that has plagued the party in recent years.

In a move which has raised eyebrows, the list also includes the nomination of Tory donor Peter Cruddas, whose elevation to the House was advised against by the independent Lords Appointments Commission.

However, Prime Minister Boris Johnson chose to overrule their recommendation. 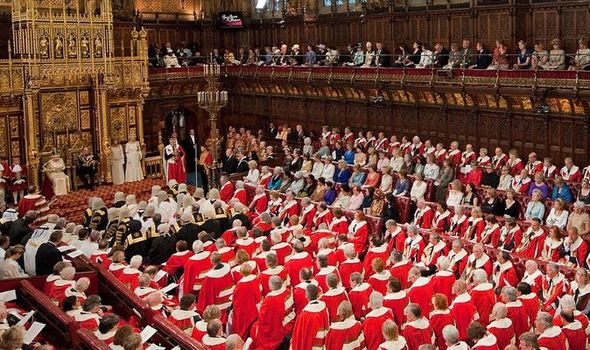 He said while he has taken “very careful consideration” of their recommendation to not make Mr Cruddas a peer, he believed his appointment would be of “benefit to public service”.

The news of the extra appointments has been met with anger by the Lord Speaker.

He said: “My fundamental concern is about the number of new peers that have been appointed by the Prime Minister in his first 12 months in office.

“Mr Johnson has added 16 to his list of appointments bringing the total for the year up to 52 new peers over two lists.

Mr Cruddas’s appointment has also been met with anger from the labour Party.

Deputy leader Angela Rayner said: “After months of revelations about the cronyism at the heart of this government, it’s somehow appropriate the Prime Minister has chosen to end the year with a peerage to Peter Cruddas, the man who once corruptly offered access to government in exchange for cash.

“Whether it’s the Dominic Cummings saga, wasting hundreds of millions of taxpayer cash on contracts that don’t deliver or giving peerages to disgraced donors, it’s never been more clear: there is one rule for the Conservatives and their chums, another for the rest of the country.”