The President, who has been touted as considering setting up his own ‘Trump TV’ station after office, has long battled with news networks, accusing them of ‘fake news’ and bias. He will meet a senior American media executive next week to take advice on using his powers to issue an executive order to make foreign-owned media carry a watermark. Foreign-owned channels include China’s CGTN and Russia Today.

The watermark proposal for foreign-owned stations has received backing from senior political figures in Britain.

Even though Mr Trump has been declared to have lost the election he is still in office until the next inauguration on January 20 and can issue executive orders to amend the law.

The Sunday Express has learned that the President is due to meet Charles Herring, the chief executive of right-wing channel One America News, to discuss the proposal.

Mr Herring is representing himself and other media executives who are concerned about Chinese influence in the media which they say is mirrored in growing buy ups of western academia and energy companies.

British billionaire Alki David, who owns his own media interests in America and has been involved in the discussions, told the Sunday Express: “Charles is going to talk to Trump on behalf of a group of us. 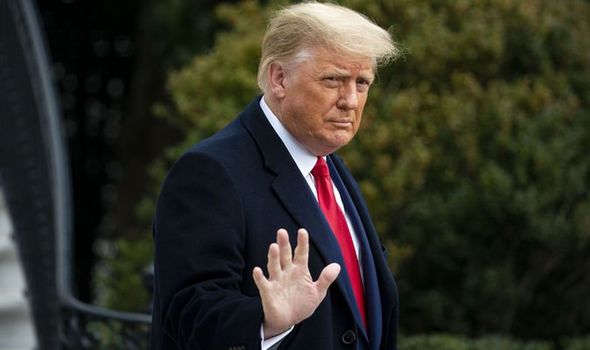 “We think a watermark is the right concept. Foreign ownership of media and subtle manipulation of the viewing public is a real issue, it is something we must police against.

“With the strengths gained from Brexit the UK will be watching these developments closely, the muscle is now there to respond and I think the UK may well replicate the watermark move in due course.”

Mr Trump has taken a much more robust attitude to dealing with China in his foreign policy over the last four years than his predecessors.

He has led attacks on the Chinese Communist Party over the spread of coronavirus and there has been international anger aimed at Beijing over the cancellation of Hong Kong’s independent status and the persecution of the Muslim Uighers. 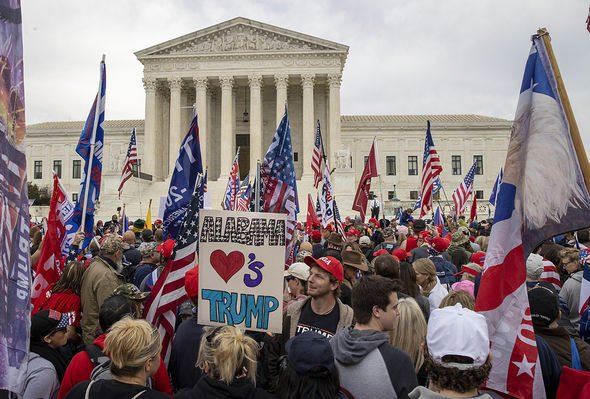 Already concerns have been raised over the Chinese government exerting control in British and American universities with substantial funding as well as funding academics.

There is resistance in the UK to allow China to own the new nuclear power stations and recently Boris Johnson reversed a decision to allow Huaweii to build part of the UK’s new 5G network.

Former security minister Sir John Hayes, who is a member of the intelligence and security committee and is understood to have been pushing for a more robust British strategy, agreed with the proposal to watermark foreign channels.

“Watermarking foreign involvement in our media, particular with countries that don’t have our best interests at heart, would be an important move to make.

“People need to know what information they are being provided with, what other influences are involved and where it comes from.

Plans for a Trump TV station have not been confirmed, although insides say he is interested.

Starting a traditional channel would be very expensive and difficult to achieve, but alternative options – such as partnering with of acquiring an existing network – are open to him.