In a year of near universal upheaval brought on by the global spread of a new disease, Americans also confronted a crisis that has long plagued the nation: racism and its brutal manifestations in policing.

The May 25 killing of George Floyd by a Minneapolis police officer, who crushed the breath out of him for more than eight minutes, called attention to official violence, again. Police brutality has been caught on camera before, but amid the frustrations of a pandemic and mass unemployment, the outrage sparked mass protests across the country — and reverberated around the world.

The topic of police reform became a matter of popular debate, with one phrase in particular inflaming passions. As part of the DealBook D.C. Policy Project, The New York Times convened activists, academics, law enforcement officials and politicians to discuss public safety, racism and the different things people mean when they say “defund the police.”

A striking — and strikingly common — theme emerged from formative encounters with the police.

To begin, each panelist described a personal meeting with police that proved influential in their lives. Notably, the police chiefs all recalled formative injustices that would shape their work, revealing a kinship with the activists who are working to change their profession. 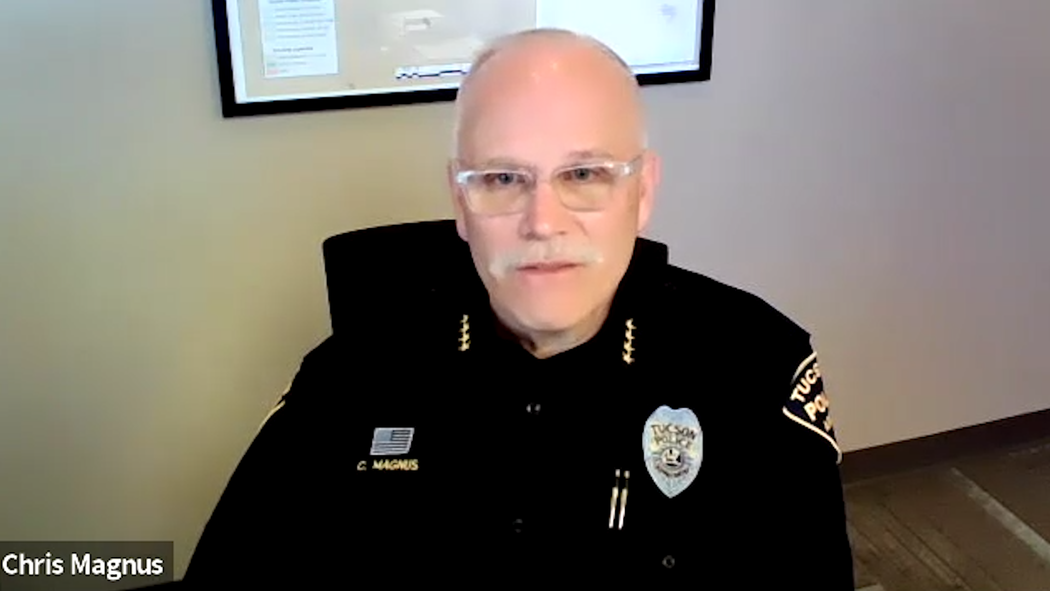 Chris Magnus, Tucson’s police chief, was a teenage activist supporting a farm union boycott at a grocery store when he was handcuffed and put in the back of a police car, although store workers had physically threatened the boycotters. “It left me with a very bad taste,” Mr. Magnus said. “It caused me to think how I really wanted to treat people differently. And it had an influence, that’s for sure.”

Carmen Best, Seattle’s retired police chief, saw a family member handcuffed and arrested at home when she was a teenager. “It was pretty shocking,” she said. “So that was my first encounter and certainly made me think about, you know, my place in the world and how we are viewed when we interact with police.”

Detroit’s police chief, James Craig, has spent more than four decades in law enforcement, but his first weeks on the beat in 1977 were not auspicious:

“What I was met with was my partner, who probably was a 25-year-plus veteran, who was white. He says, ‘You’re not gonna drive this police car. You sit over there. Don’t talk to me. Don’t touch the radio. I don’t want you here. All you need to do is just sit there and be Black.’ That was my welcome to Detroit Police Department and I thought, this is absolutely not something I wanted to do.”

For the activist Justin Blake, who had been a college athlete, a chance meeting with police after a party his freshman year turned violent and changed the trajectory of his life. He was beaten and arrested, and spent the next year and a half fighting felony charges while nursing injuries. “That would have put us in jail for 45 years if we lost the case,” he said. “It was a big dent in our football career.”

Similarly, the activist Cat Brooks discovered her calling as a young woman after an arrest. Her white ex-husband beat her but Ms. Brooks, who is Black, ended up in jail. The experience informs her quest to find “the places in our communities where we can disentangle ourselves from law enforcement, where we have community care and response to community crisis, as opposed to a badge and a gun.”

The participants also provided their perspective on the contentious phrase “defund the police.”

The former deputy attorney general Rod Rosenstein, now in private practice, noted that “people mean different things” when they use the term “defunding,” not all of which he saw as viable options:

“I think abolishing is not practical. Because there’s, you know, there’s violence that needs to be addressed. You need law enforcement. But I think maybe refunding, you’re focusing on where the money is spent and how it’s spent.”

Chief Craig supported that contention, arguing that a tailored approach that meets the needs of each community is the most appropriate:

“There tends to be the sweeping one-size-fits-all ‘defund the police.’ Where’s that coming from? As a municipal police department, who do we work for? We work for the community. What does that community want? I can tell you very candidly, here in Detroit, people, especially in the most disadvantaged neighborhoods in our city, do not — absolutely do not — want defunding of the police.” 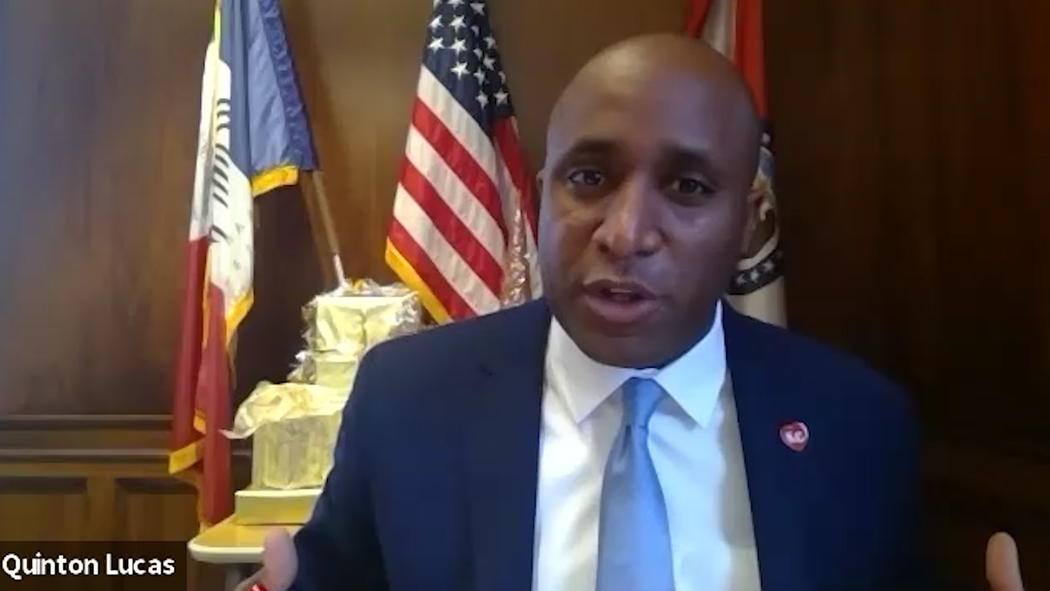 The Kansas City mayor Quinton Lucas said the “defund” discussion problematically centered debate around police, instead of prioritizing related investments, like mental health services that divert arrestees from jail to treatment. The conversation then becomes about whether police should even exist, when that’s not at issue, in his view. “I think what we’re trying to say is there was a lot more stuff we should be doing, and recognizing that there are finite dollars in a budget,” he said.

Brandon Dasent, who survived the 2018 school shooting in Parkland, Fla., suggested that the term “reallocation of funds” might be less daunting than “defunding.” Based on his experience, generous police budgets that buy tanks and assault rifles don’t save lives. He lost friends and teachers to a lone teenage gunman. “So all of this gear, all this equipment, all this funding, for pretty much nothing,” he said.

But Ms. Best had limited patience with the talk about words. Whatever vocabulary people choose to use, the time has come to do something, she said.

“Whether it’s defund or divest or reinvest or refund or whatever the terminology is — those things are all very fine. Those are part of the discussion. But what, succinctly, is the plan to move it forward?” 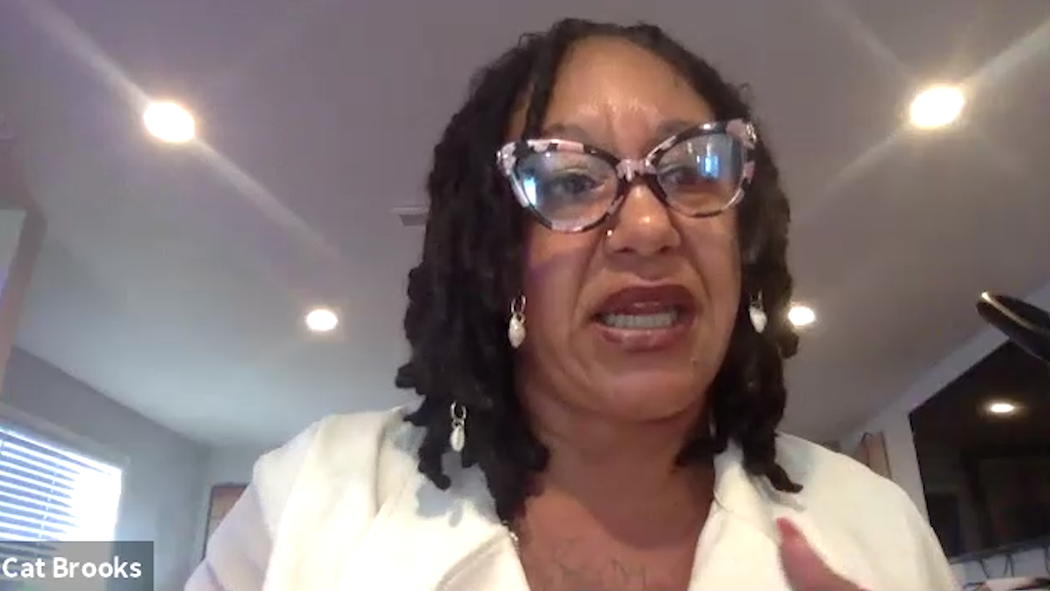 Ms. Brooks answered by warning against thinking small, and instead called for a total cultural overhaul:

“They take it very personally when someone says police are racist or when they even hear the term ‘systemic racism.’ But part of the problem is they haven’t gotten any education about the history of policing. And they don’t realize what the role of police were, going back as oppressors, and how that carries over even into the modern day.” 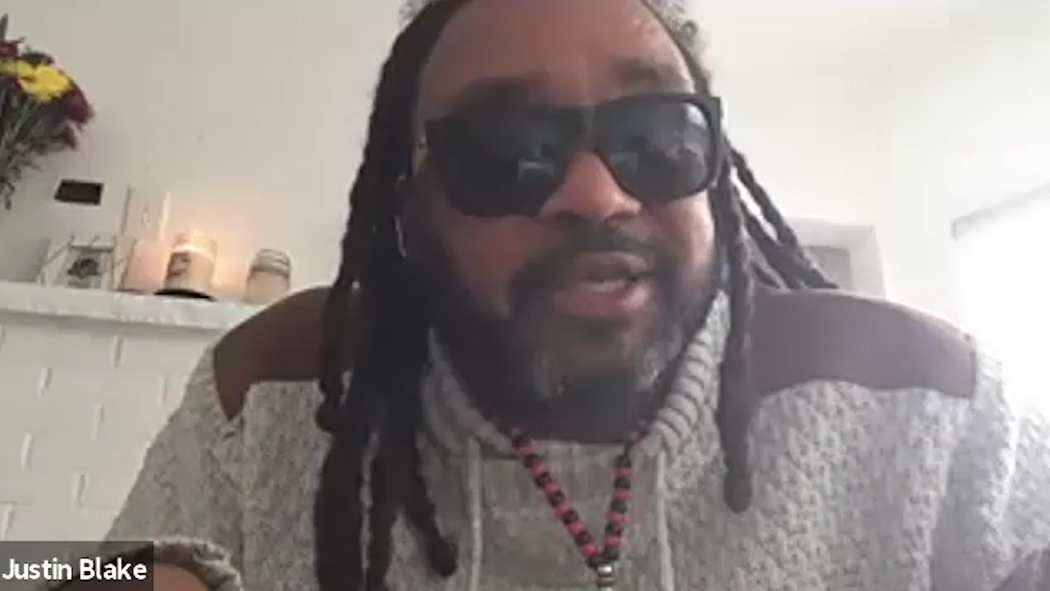 Mr. Blake said this history tainted every aspect of African-American lives. But he believes there is a way forward by investing in communities — he called poverty “the elephant in the room” — and changing aspects of policing:

“Just like our Constitution has a lot of things wrong with it, we believe some changes can be made to preserve what we have instead of imploding and trying to build anew. So, for instance, some of the times when there’s family issues, street issues, mental health issues, we should not be calling our police force to respond to that.”

Jails and prisons are packed with people who need counseling and treatment: By some estimates, about 40 percent of prisoners are mentally ill. The United States imprisons more people per capita than any other country, and Black people are five times more likely than white people to be stopped by the police, which makes mass incarceration a race problem.

Police and activists all called for alternatives to arrest, and Ms. Brooks noted that in Oakland, counselors already field calls that once went to the police. The Boston University political scientist Katherine Levine Einstein was heartened by their message:

“I think dialogue is like this really important first step. But all too often in our local communities, that’s where we stop. Like OK, we had the dialogue. Now, we’re good. We talked to each other. I’m really enthusiastic hearing about these ideas about bringing social workers on to police forces, having more mental health professionals.”

But the police chiefs also warned that counselors could not necessarily help in every dangerous situation that officers faced. And Ms. Best cautioned against blame and oversimplification:

“We have to recognize that we haven’t, as law enforcement, have not always been on the right side of history. But in recognizing it, I think we also need to acknowledge now the many advances that have been made either to reform processes, programs — like you mentioned, Katherine, dialogue and discussion and policies.”

Even constructive dialogue has limits

Ultimately, the discussion revealed the problems that reform efforts themselves face. Solutions exist. But with lives at risk, there’s also frustration over incremental fixes. 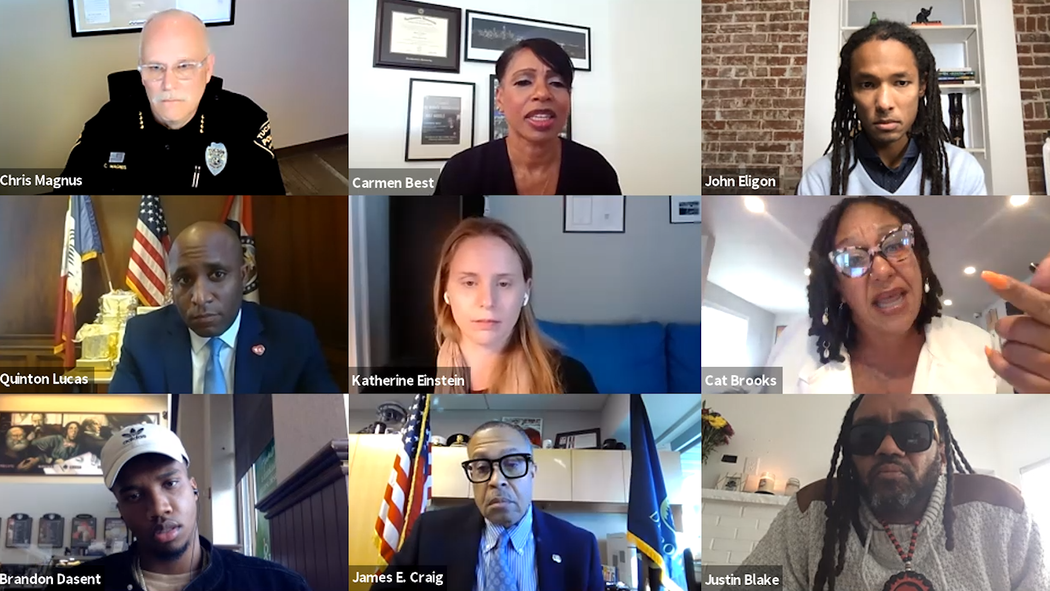 An exchange between Ms. Brooks and Ms. Best highlighted the gap between participants who shared a desire for change. Both are Black women who cite systemic racism as the root cause of policing problems. They are impatient with the current situation. Yet, they are at odds.

“I feel like maybe we should have started here,” Ms. Brooks said as the conversation ended. “We are talking about what some of us call genocide.” Waiting any longer for meaningful change strikes her as dangerous, she said:

“We’ve given law enforcement an opportunity to address it. We’ve tried cultural competency training. We’ve tried, you’ve got to hire from the community. We’ve tried all these other things. What we are saying is that it is intense enough, it is bad enough, it is dire enough, is desperate enough. It is time. We are done with what we have been doing and we are clear that that does not work. And what we want is something radical, revolutionary and transformative, and we want it right now.”

Also eager for change and ready to make it happen, Ms. Best responded with a plea: “What is it, Cat? What is it? That’s the question I come up with.”