It’s not just the filthy rich. Much of America’s professional class has quietly, if a bit guiltily, been doing just fine, despite 2020. 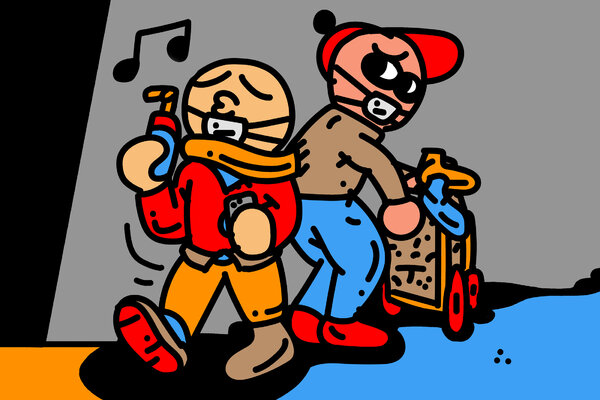 In late spring, after almost two months of pandemic-induced shutdown, Dr. Anita Kulkarni was finally allowed to reopen her plastic surgery practice near Dupont Circle in northwest Washington. “It was like I had opened a floodgate,” she said. “I had 40 appointments, Monday to Friday, 9 to 5. It was insane.”

Dr. Kulkarni estimates that even though she was unable to work for a significant part of this spring, she’ll finish out 2020 with 20 percent more cases than she did last year. Her patients, she explained, have spent these last few months “staring at themselves on Zoom and noticing imperfections that hadn’t necessarily bothered them before.”

Though a wide array of businesses are suffering this year, many that cater to professionals and the elite are doing better than ever. It’s now well-documented that the coronavirus pandemic has both exposed and exacerbated American inequality. While the wealthy and the highly educated haven’t entirely escaped the soul-crushing effects of the virus — quarantine-induced cabin fever, sharing at-home work spaces with Zoom schoolrooms and a number of other shared losses and stresses — they have also been, on the whole, getting richer.

The Federal Reserve Bank of Kansas City found that jobs that can be performed remotely made up a relatively small share of pandemic-related job losses, and according to The Wall Street Journal “workers with bachelor’s degrees or higher had nearly fully recovered jobs lost in early spring” by September.

Meanwhile, the vast majority of workers are without college degrees. And many of those who have been unable to work from home have been struggling in shocking numbers. Women and especially mothers employed in the service sector were more likely to experience pandemic-related job loss. Black and nonwhite Latino adults, who, because of health inequities, are more likely to contract and die from Covid-19 than their white counterparts, have also faced disproportionate financial struggles during this recession.

A small but substantial sliver of America, however, is doing better than ever, or at least just fine: enjoying the freedoms that remote work paired with disposable income can bring, using this pause in the typical 24/7 busyness of professional-class social life to take a breath and to reassess and rejigger their lives — not plagued by the virus as much as they are by a dash of survivor’s guilt.

Floating in a kayak on Lake Tahoe on a warm fall day, dipping my hand in the impossibly clear brisk water, I gazed up at the majestic Sierra Nevada peaks, and thought about how lucky I was.

A freelance writer in my 20s, I am by no means a member of the cozy upper classes. (In fact, despite my degree, I’m currently as broke as a joke.) But the pandemic’s reshaping of daily life for the foreseeable future spurred me to finally move away from New York City, where I was born and raised, and head West. As media budgets were slashed in the spring and assignments dried up, my truly not being able to afford the city anymore — as opposed to kind of not being able to afford it — sent me packing. (Although the highly privileged have been fleeing to Long Island or to cute upstate rentals, the city remains, now more than ever, a place dominated by the rich and various tranches of people scraping to get by.)

With the ability to work from wherever, scores of college-educated middle class people are fleeing metropolitan congestion for calmer, more affordable pastures. In my case, that meant the river valley of Reno, Nev. For the rich, Lake Tahoe, roughly 45 minutes south, is the place to be. If you had driven to South Lake Tahoe on any given weekend in the late summer and early fall, seeing tasteful restaurants with hourlong waits for lunch and dozens of people tanning on the beach, you could have almost forgotten that we are in the midst of a deep recession and a once-in-a-lifetime pandemic, but for the face masks on everyone in transit.

“The market is absolutely bonkers,” said Dave Westall, a real estate agent based in Tahoe City, Calif. The noncommercial real estate market throughout the country is indeed having a bit of a “bonkers” moment — the average price for a home in October 2020 is 6.6 percent greater than in September 2019. And the Lake Tahoe area is particularly hot. The average price for a home in these Nevada-California borderlands is reportedly up 17.7 percent from 2019, while there are 30 percent fewer homes on the market.

Most buyers that Mr. Westall has encountered are from the Bay Area. “They have the ability to keep their high-paying tech jobs,” he explained. “They can work remotely, maybe indefinitely, so they’re making moves.”

This has spawned some serious first-world problems: “Demand is exceeding supply,” Mr. Westall said. “It’s extremely challenging for buyers, because almost every sale is a multiple-offers situation.”

Though Mr. Westall is reaping the benefits of the boom, he insists not everything is peachy. “I have a lot of empathy for people that are struggling,” he said. “This summer has been really hard on me and my family. I don’t want to say, like, ‘Oh woe is me’ because it’s kind of my choice, but right now I have to work three times as hard as I’ve ever worked.”

Among other things, “I’m not seeing my kids as much,” he said.

Naturally, there are other people, in less luxurious settings, who have also had their lives oddly change for the better during the pandemic. There are those who haven’t been affected financially, but have enjoyed the changes in their day-to-day routines. For William Jagnow, a 40-year-old who lives in Chicago and works in regulatory compliance investigations for the federal government, a shift to working from home has vastly improved his life.

Not only has his hour-and-a-half daily commute been erased, he has had more time to spend with his family. His wife gave birth in June. “I got six weeks paternity leave,” he told me. “And at the end of that, being able to work from home made it so much easier to see the baby and help my wife.”

Like many of us who have taken up midday walks, exercise or family errands during typical work hours, Mr. Jagnow said knows he’s “very fortunate to have the same amount of money, but a lot more time.” A September survey by a consulting firm found that less than one-third of employers offered child-care discounts or subsidies. Meanwhile, child poverty and hunger have increased since much of Congress’s emergency aid began to expire in the summer. Mr. Jagnow, a self-described socialist, said that “everyone should feel as stable as I do now.”

Some key indicators are showing that millions of young adults are finding some semblance of social and economic stability by going back to their hometowns and moving in with their parents. According to the Pew Research Center, the number of adults ages 18 to 29 living with a parent has increased by 2.5 million since February — meaning that for the first time since the Great Depression, a majority of young adults are living with their parents. And while certain data sets don’t catch this, it’s a trend that extends to millennials in their early thirties as well.

After her office in Manhattan went remote, Kimberly O’Rourke, a 31-year-old marketing consultant, asked herself, “Why am I paying New York rental rates if I’m working from home?” After 10 years in the city, Ms. O’Rourke moved back in with her parents in Rhode Island. “I had been considering moving out of the city prior to Covid, and the universe has its way of working,” she told me.

It almost goes without saying that a significant chunk of those who have moved back home aren’t exactly psyched about it. And Ms. O’Rourke plainly admits that despite being free of rent payments “it’s not ideal because I’m living with my parents.” But she also mentioned feeling happier outside of the city, and closer to friends and family.

“I know there are people who are struggling to pay their bills,” she said. “It’s made me really take a look at myself and say, ‘OK, if I’m doing well, where can I give back?’” She and her friends have taken up donating to shelters.

Early signs suggests that charitable giving may trend significantly upward this holiday season. And since Congress, a perpetually dysfunctional governing body, has failed to consistently sustain pandemic relief, many will need the help.

With the Dow finishing November up roughly 60 percent since March, leaving the well off somehow better off than before, and with tens of millions of others barely making it or facing joblessness and eviction, it has become clearer than ever that you don’t have to be a bad person to live in an immoral system.

Chances are you aren’t Mitch McConnell or a lackey of the departing president — someone whose had the power to block or enact immediate meaningful change. And as the writer Char Adams, recently reminded us, “It’s OK to feel OK right now!”

Still, even when the Covid-19 vaccine is widely available and we return to Instagrammable vacations and sipping cocktails indoors at criminally overpriced bars, it’d be good to not forget these pangs of guilt.

Remembering might help us channel them into something productive, like pushing for systemic change that turns the hopes of people like Mr. Jagnow — that “everyone should feel as stable as I do now” — into something closer to reality.