The first aid convoy has arrived in Mekelle, the capital of Ethiopia’s northern Tigray State, 10 days after Prime Minister Abiy Ahmed’s government said humanitarian organisations would have “unimpeded, sustained and secure access” to areas under its control.

Seven trucks belonging to the International Committee of the Red Cross (ICRC) were sent to the city’s main health care facility, Ayder Hospital, with desperately needed medicines and supplies for more than 400 trauma patients.

The hospital has been forced to shut its intensive care unit and surgical theatre due to the lack of drugs and basic provisions like surgical gloves. The facility also ran out of fuel required to generate electricity on site.

Patrick Youssef, regional director for Africa for the ICRC, said: “Doctors and nurses have been forced to make impossible choices of which services to continue, and which services to cut, after going weeks without new supplies, running water, and electricity.

The government imposed a communications blackout and blockade after fighting between government forces and the local Tigray People’s Liberation Front (TPLF) broke out five weeks ago.

The conflict, in one of Africa’s most ethnically diverse and populous countries, is thought to have displaced close to a million people and killed thousands. 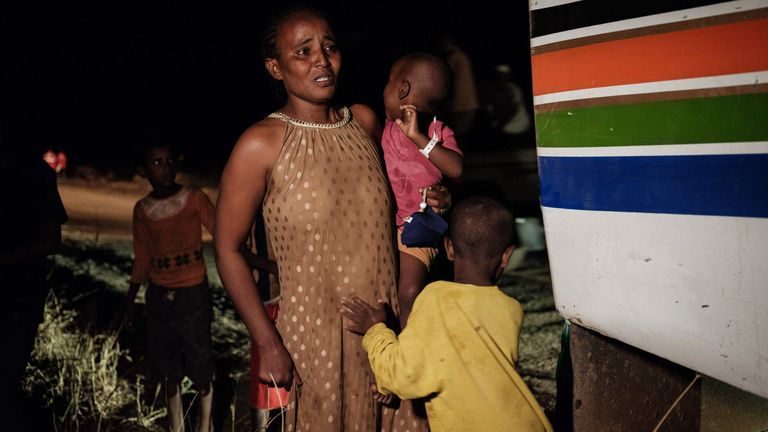 Mr Abiy has repeatedly claimed the government’s offensive has not caused any civilian deaths.

However, the arrival of the ICRC’s badly needed provisions at the area’s biggest hospital suggests an alternative reality of mass casualties and widespread devastation.

Human rights groups like Amnesty International are increasingly concerned that the conflict has triggered violent clashes between different ethnic groups in Ethiopia.

The most visible atrocity took place in the Tigrayan town of Mai-Kadra on 9 November when approximately 600 people were killed by attackers wielding machetes, knives and hatchets. 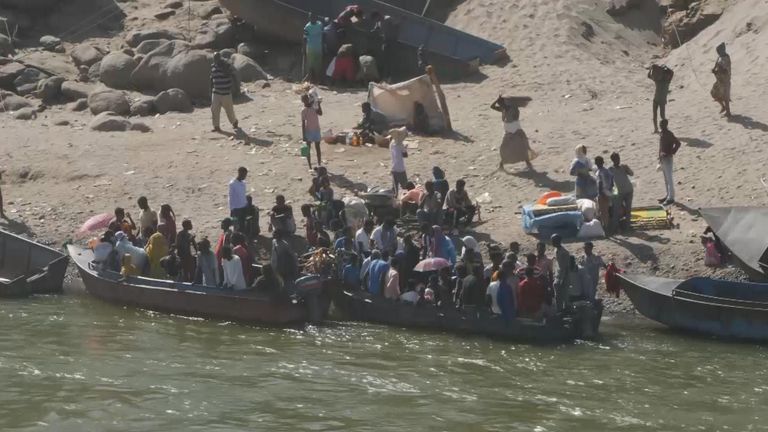 According to Amnesty and the Ethiopian Human Rights Commission, witnesses said a TPLF youth militia called the ‘Samri’ attacked members of the ethnic Amhara community.

However, Tigrayan refugees who fled to Sudan told Sky News and other media organisations that responsibility lies with militiamen representing ethnic Amharas.

Amnesty has warned that the massacre in Mai-Kadre could be “just the tip of the iceberg”, with their research team receiving reports of similar attacks in the nearby town of Humera and in the capital Mekelle.

The UN human rights office has asked for independent investigations into the conflict, but Ethiopian officials have dismissed this call as interference, saying the government does not require a “babysitter”.