Few critics of the Electoral College are quite like Polly Baca.

Ms. Baca believes the Electoral College, which has chosen American presidents since George Washington, “has absolutely no reason to be.” This year, she brought, and lost, a Supreme Court case challenging her state’s rules over how electors vote. Before electors cast their ballots for president in 2016, she invited several members to her home to plot a way — also unsuccessful — to circumvent the outcome.

But unlike Donald J. Trump, whose raft of legal filings and maneuvers has failed to change the result of this year’s election, Ms. Baca is a Democrat. And she even serves as one of the body’s 538 electors while all but calling for the group to be abolished.

“There’s absolutely no reason why the world’s strongest democracy doesn’t elect its C.E.O. with the popular vote,” said Ms. Baca, who will cast one of Colorado’s nine electoral votes for Joseph R. Biden Jr., the president-elect. “I’ve been on the outside, but I prefer to go on the inside to see what I can do.”

It is the Electoral College, not the direct vote of the American people, that will decide the next president on Monday, when its 538 electors, chosen mostly during state party gatherings earlier this year, sign their ballots and send them to Washington.

For generations, the body was viewed as a rubber stump to the will of the voters — but as with many things, scrutiny came only when things seemed to go wrong. The 2000 contest between Al Gore and George W. Bush showed that a mere 537 popular ballots could tip Florida’s Electoral College votes, and with it, the presidency. The 2016 election proved that a president could lose by millions of popular votes, yet be handed the White House anyway.

“The head of the student council in your middle school was elected by a popular vote,” said Alexander Keyssar, a Harvard historian and the author of a book called “Why Do We Still Have the Electoral College?” “I know it’s an old-fashioned notion, but the most fundamental democratic value is that all votes should count equally.”

Yet it’s hard to think of a time before this year that dragged the Electoral College, and American democracy with it, into such dangerous territory.

The election, where it was clear by evening on Election Day that Mr. Biden had won the popular vote, turned into a nail-biter that stretched on for days — largely because of the high volume of mail ballots in a few states rich in Electoral College votes. President Trump used the delay to make false claims from the White House that fraud was underway and that he had actually won.

Mr. Trump then turned to the courts to swing the Electoral College his way, backing lawsuits in Pennsylvania, Nevada, Georgia, Arizona and Wisconsin. The president’s lawyers appeared to hope that a friendly judge would overturn the results in one or more states that would allow him the 270 electors he needed to remain in office.

As judges dismissed his suits, the president urged Republican state lawmakers to send delegations to the Electoral College who would vote for him anyway. He then brought White House influence to bear on a county election body in Michigan — one more last-ditch effort to stall the state from sending electors for Mr. Biden.

That has left electors like Ronda Vuillemont-Smith, a conservative Oklahoma activist who will cast her vote for Mr. Trump on Monday, believing the president will stay in office.

“I’m going to be quite honest with you, I think Donald Trump will be president for a second term,” she said, citing continued attempts to overturn the results.

Yet for other electors, the frantic moves by a sitting president — indeed, most of the election itself — has led to soul-searching, not just on who should be president, but also on how the president should be chosen.

“These tactics are tantamount to those in authoritarian governments,” said Alan Kennedy, a presidential elector in Denver. He said the election reminded him of a stint when he lived in Uganda and its president jailed his main opponent ahead of an election, something Mr. Trump also has repeatedly called for during his campaigns.

Mr. Kennedy plans to dutifully cast his vote on Monday for Mr. Biden. But for Mr. Kennedy, a former Marine who served in the Middle East, a question still looms large behind the task ahead of him: Is such a system really in keeping with the nation’s ideals?

“What’s terrifying is how close we came to another election of a president who won the Electoral College while losing the popular vote,” he said. 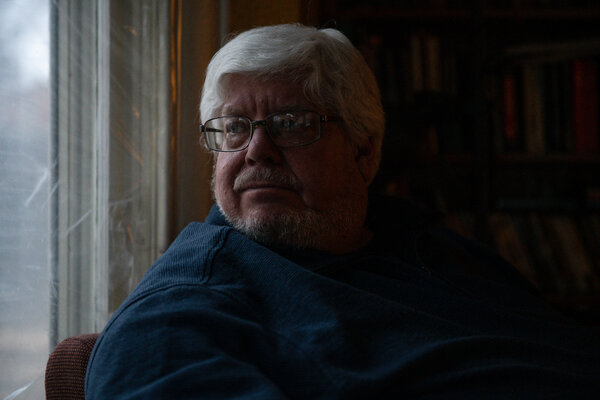 Robert Nemanich, a former elector from Colorado Springs, puts it another way.

“Do we really want 538 Bob Nemanichs electing our president?” he asked.

Mr. Nemanich is quick to point out his only professional qualification for the job was being a high school math teacher. After volunteering as a Bernie Sanders primary delegate in 2016, Mr. Nemanich landed the job after giving out credentials at a state Democratic convention where selecting the electors was one of the agenda items.

“I was one of the few asking to be an elector, and I would say 90 percent of people didn’t know what that was,” he said.

And while this year’s electors include respected party officials and well-known activists — Hillary Clinton said she would be an elector for New York State — there have also been some unexpected names recruited for the task.

They include Terri Hodge, a former state representative in Dallas who was sentenced to a prison term after pleading guilty to corruption charges in 2010, whom Texas Democrats selected as an elector this year. (As Mr. Trump won Texas, Ms. Hodge will not cast a ballot.)

There was also Bryan Wright, a Virginia man who was briefly named a presidential elector for the Kanye West campaign after he said he was duped into signing paperwork by its staff.

“They were randomly asking people if they would be an elector,” said Justin Sheldon, a lawyer who sued on Mr. Wright’s behalf. (Mr. West was blocked from appearing on the Virginia ballot because of the scheme.)

Those looking to reform the system have seen hope recently in the National Popular Vote Interstate Compact, a deal in which states agree to send only electors for the candidate who wins the popular vote.

So far, 15 states and the District of Columbia have agreed to join, accounting for 196 electoral votes. The compact, which has been working its way through statehouses for more than a decade, would take effect when states accounting for 270 electors agree, enough to decide the race.

Ms. Baca, the Electoral College skeptic, backed the deal in Colorado, which was passed by lawmakers last year and approved by voters in a referendum in November. But she says that’s not enough.

“We have to go much further than that,” she said, noting that the Electoral College was established by the Constitution and therefore hard to circumvent. “We have to amend the Constitution, and allow democracy to work, as we’ve told other democracies it should work.”

In 2016, Ms. Baca, who is also a former state legislator, got her biggest platform yet to make her stand on the Electoral College.

That year Mr. Trump lost the popular vote to Mrs. Clinton by nearly three million votes, but won the Electoral College and became president. With the help of a Colorado elector, Michael Baca, then a Jamba Juice employee in his early 20s who was unrelated to Ms. Baca, she began recruiting Republican electors to switch their votes from Mr. Trump. They became what in Electoral College parlance is called “faithless electors,” people who do not cast their ballot for the winner of the majority of votes in their state.

Chris Suprun was one of the prime targets: a Republican elector who had served as an emergency responder during the Sept. 11 attacks and had been selected to vote for Trump as an elector in Texas.

“We were trying to stop this populist firestorm of this man getting elected,” said Mr. Suprun, who agreed to cast his vote for John R. Kasich, then the Republican governor of Ohio and a 2016 G.O.P. primary candidate.

The idea is that if electors from both parties switched votes to Mr. Kasich, no candidate would have a majority and the election would be decided by the House of Representatives — who the “faithless” electors hoped would choose anyone except Mr. Trump.

Though Mr. Kasich disavowed the plan, Ms. Baca pushed ahead, gathering some of the Colorado electors, including Mr. Nemanich, the high school teacher, at her condominium with a lawyer to discuss the options for casting “faithless” votes and taking their case to court.

“I had many, many sleepless nights: I was alone in the car, walking my dog, the magnitude of that potential decision was overwhelming,” Mr. Nemanich said.

The Electoral College never actually convenes as a group to discuss who to vote for. Instead, in 2016, Ms. Baca met with the other Colorado electors in a state government building that day in December to cast their votes for president and vice president.

Mr. Baca cast his vote for Mr. Kasich, angering officials who threw out his vote and threatened to press charges. Ms. Baca and Mr. Nemanich, seeing the tactic wouldn’t win, cast their votes for Mrs. Clinton.

Still, the three electors weren’t done fighting. They took their case — that presidential electors should be able to vote their will — to the Supreme Court, where their lawyers made their case for faithless electors in May. The court later ruled against them, saying the electors had to follow the state law on how they voted.

Mr. Nemanich said that while he didn’t like having lost at the time, in retrospect he was glad that he did given Mr. Trump’s attempts to gain more electoral votes and stay in office.

“The court was exceptionally wise, they blocked Trump from manipulating the Electoral College by saying faithless electors were no longer lawful,” he said.

Mr. Nemanich says that he’s still bothered by the power that the Electoral College has and that he didn’t vote his conscience that day.