South Africa and India have petitioned the World Trade Organization to suspend some intellectual property protections from Covid-19 drugs, vaccines and diagnostic technologies. In support of the effort, Doctors Without Borders began a social media campaign urging governments to “put lives over profits,” warning of “pharma profiteering” and urging support for “#NoCovidMonopolies.” The W.T.O., which governs trade rules among its 164 member nations, will consider the proposal at its Council for Trade-Related Aspects of Intellectual Property Rights meeting today.

The activists lobbying to end Covid-19 patents do so out of a legitimate concern. Now that we have tools to end the pandemic, what if they aren’t distributed fairly? My colleagues in the pharmaceutical industry share this worry. Global inequality will only worsen if rich nations vaccinate themselves and leave the rest of the world to fend for itself.

It is unclear how suspending patent protections would ensure fair distribution. But what is clear is that if successful, the effort would jeopardize future medical innovation, making us more vulnerable to other diseases.

Intellectual property rights, including patents, grant inventors a period of exclusivity to make and market their creations. By affording these rights to those who create intangible assets, such as musical compositions, software or drug formulas — people will invent more useful new things.

Development of a new medicine is risky and costly. Consider that scientists have spent decades — and billions of dollars — working on Alzheimer’s treatments, but still have little to show for it. The companies and investors who fund research shoulder so much risk because they have a shot at a reward. Once a patent expires, generic companies are free to produce the same product. Intellectual property rights underpin the system that gives us all new medicines, from psychiatric drugs to cancer treatments. 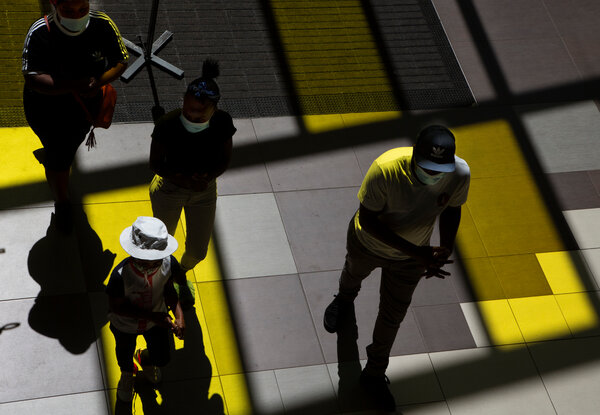 In trying to defend these rights, the drug industry has made mistakes in the past that have lost people’s trust. More than 22 years ago, for example, a group of drug companies sued the South African government for trying to import cheaper anti-AIDS drugs amid an epidemic. With price standing between patients and survival, the suit, which the companies eventually dropped, was a terrible misjudgment. The current situation is not parallel.

Several major drug companies, including AstraZeneca, GlaxoSmithKline and Johnson & Johnson, have pledged to offer their vaccines on a not-for-profit basis during the pandemic. Others are considering differential pricing for different countries. As of last month, four major pharmaceutical companies had already agreed to eventually produce at least three billion vaccine doses for low- and middle-income nations, according to one analysis.

In South Africa and India, pharmaceutical companies are already working with local partners to make their vaccines available. Johnson & Johnson has entered into a technology transfer partnership for its candidate vaccine with South Africa’s Aspen Pharmacare, and AstraZeneca has reached a licensing agreement with the Serum Institute of India to develop up to 1 billion doses of its vaccine for low-and-middle-income countries.

Companies can afford to license patents for free, or sell drugs at cost, precisely because they know that their intellectual property will be protected. That’s not a flaw in the system; it’s how the system ensures that pharmaceutical research will continue to be funded.

Take “messenger RNA,” the technology platform that supports the vaccines from Pfizer/BioNTech and Moderna. Ozlem Tureci and Ugur Sahin, the wife-and-husband team at the helm of BioNTech, began exploring the use of mRNA more than 25 years ago and founded their company in 2008. Theoretically, mRNA can instruct the body to engineer proteins, including ones that increase immunity against infectious pathogens, cancers and rare genetic conditions. But the Covid-19 vaccines are the first truly successful applications of this technology. Scientists eager to explore future uses of mRNA will struggle to find investment if intellectual property protections are snatched away when others deem it necessary.

Critics of intellectual property rights cite public investment in research as a reason to waive patent protections. They correctly point out that governments bankroll important, early-stage research across the sciences. It’s true that without public funds from agencies like the U.S. Biomedical Advanced Research and Development Authority or the German Federal Ministry of Education and Research, global drug companies might not have developed Covid-19 vaccines so quickly. But here, the funding principally helped reduce risk and accelerate production timelines — the research and development were still driven by scientists in the private sector. Further, governments have neither the money nor the risk tolerance to take over the role of businesses in developing pharmacy-ready medicines.

There is no available substitute for private funding in bringing new medicines to market. Directing government labs to manufacture medicines, for example, would politicize drug development, empowering politicians and their appointees to decide which research lines were worth funding.

There is also no reason to fear a Covid-19 vaccine monopoly. According to the World Health Organization, there are 214 Covid-19 vaccine projects around the world; 52 are in clinical trials, with 13 in the most advanced phase of testing. Seven have been approved for emergency or limited use in various countries. In short, we are rapidly headed for a competitive marketplace, the opposite of a monopoly.

There are, to be sure, serious obstacles to distributing Covid-19 vaccines quickly and fairly around the world. But they have nothing to do with intellectual property. The challenge, rather, is speedy manufacturing. A study from the U.S. Defense Department estimated that it would cost $1.56 billion over 25 years to build and operate a facility producing three vaccines. Facilities cost less in developing countries like India, but only marginally. The equipment required to manufacture vaccines — bioreactors, centrifuges, cold storage and the like — is expensive everywhere. That’s why Covid-19 vaccine production is taking place almost exclusively in existing facilities.

Dismantling patent protection would do nothing to expand access to vaccines or to boost global manufacturing capacity. Research scientists develop vaccines in record time because they have the security and resources that come with a robust system of protection for their intellectual property. That system is crucial to allowing companies to create the vaccines we need for wide distribution.

Thomas Cueni is director-general of the International Federation of Pharmaceutical Manufacturers and Associations.