The world as a whole is dangerously behind schedule in slowing catastrophic climate change, and its richest people will have to make big changes in their everyday lives in order to shift course, a major United Nations report warned Wednesday.

But nearly five years after a landmark international climate agreement in Paris, there are signs of a sea change, including from some of the biggest polluters in the world.

The “undercurrent” of the global economy has shifted, said Christiana Figueres, a former United Nations diplomat who led the negotiations that yielded the Paris Agreement in 2015. “We are moving faster than we ever were,” she said in a call with reporters Wednesday.

Most of the world’s biggest emitters of planet-warming gases, including China, have promised to draw down their emissions to net-zero by midcentury, meaning that they would eliminate as much of the greenhouse gases as they emit. If those promises are kept (a big if) the world would come very close to the Paris agreement’s goal of limiting temperature rise to the levels required to avert the worst climate disasters.

Much more of the world’s electricity, which used to come almost entirely from burning toxic fossil fuels like coal, is now coming from renewable sources, with the price of solar power having fallen far faster than expected. Lawmakers — including in big car markets like China, Britain and California — have announced an end to the sale of gas-powered cars in the next 10 to 15 years, spurring carmakers to roll out more electric vehicles. Some of the world’s biggest investors are beginning to move their money out of fossil fuel industries, while the International Monetary Fund, hardly known for its environmental activism, said this year that green measures would help the recovery of the global economy.

All is not well, though. Far from it.

The assessment published Wednesday by the United Nations Environment Program, the 11th annual Emissions Gap Report, found that greenhouse gas emissions continued to grow between 2010 and 2019, by an average of 1.4 percent a year, with a far sharper rise in 2019, in part because of emissions generated by wildfires, which are themselves exacerbated by a warming climate.

Emissions are expected to drop by about 7 percent in 2020, because of the economic slowdown caused by the coronavirus pandemic, the report found. But that would have what its authors called a “negligible” impact on the overall warming trend. The average global temperature has increased already by 1 degree Celsius since preindustrial times and is on course to rise by more than 3 degrees Celsius by the end of the century, according to the latest calculations. While those numbers appear small, the increase in global averages is linked to record-breaking heat waves, widening wildfires and storms that bring devastatingly heavy rainfall.

The goal of the Paris accord is to limit average global temperature rise to well below 2 degrees Celsius, in order to have a good shot at averting the worst effects of climate change, like food insecurity and the inundation of coastal cities. The pledges announced by countries so far are not enough to reach that goal, the United Nations report found.

What matters now is whether countries will sufficiently upgrade their climate targets and detail what they will do in the next 10 years, which are crucial, according to climate scientists.

China has said that it would start reducing emissions in the next decade and then rapidly reduce its emissions to net-zero before 2060; it is expected to submit its revised national targets under the Paris Agreement soon.

The United Nations is pressing countries to announce more ambitious climate targets under the Paris accord by Saturday, when it convenes an online meeting of world leaders to mark the agreement’s fifth anniversary. The pact can’t force any country to do anything about its own pollution trajectory. Rather, it leverages diplomatic peer pressure, with each country setting voluntary targets of its own to reduce the growth of emissions.

Britain, a center of the Industrial Revolution and the host of the next international climate talks, which have been postponed to late 2021 because of the pandemic, has set out new climate targets, promising to cut emissions by 68 percent by 2030, compared with 1990 levels.

European Union leaders have said they are optimistic about reaching an agreement at their meeting Thursday on a revised goal to reduce the continent’s total emissions by 55 percent in the next 10 years, compared with 1990 levels.

Japan and Korea, both large emitters, have announced net-zero targets, too, in recent weeks. 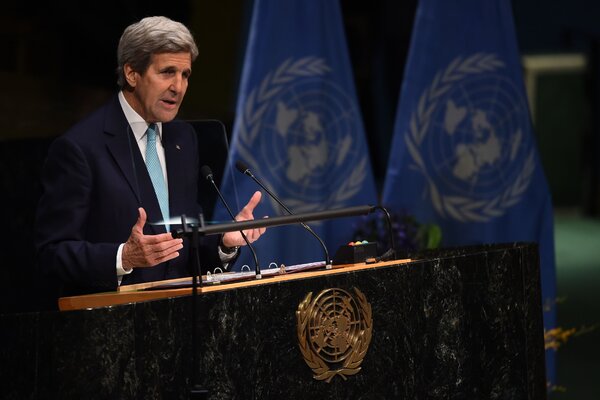 All eyes are now on history’s largest emitter, the United States. President-elect Joseph R. Biden Jr. has said he intends to rejoin the Paris Agreement as soon as he takes office and bring emissions down to net-zero by midcentury, though it remains to be seen how ambitious his new emissions reductions target will be.

How effectively the United States and China can pivot their economies away from fossil fuels is crucial to stemming global warming, shaping global markets for clean technologies and nudging other major emitters — like India, Indonesia, Russia, and Brazil — to do their part.

The report recommends, among other things, reducing, though not eliminating, fossil fuel subsidies, stopping the construction of new coal plants and restoring degraded forests.

Andrew Steer, the president of the World Resources Institute, a research and advocacy group, described the trillions of dollars going into post-pandemic economic recovery as “the biggest opportunity in history.”

“If we invest that in yesterday’s economy,” he told reporters on a call Wednesday, “we are basically committing a mortal sin for our grandchildren, quite frankly.”

But as the latest United Nations report makes clear, we are not all the same, nor do we all need to do the same thing to protect future generations.

The richest 1 percent of the global population produces more than twice the greenhouse gas emissions than the combined share of the poorest 50 percent of the global population. The polluting rich, the report concludes, will have to reduce their emissions footprint by a factor of 30 to avert the worst damages of a warming planet. That can be done, the report adds, by reducing food waste, making buildings more energy-efficient and taking public transit rather than cars, and trains rather than planes, for short distances.