Warnings for “dangerous icy conditions” in Europe have been issued by BBC Weather. Meteorologist Chris Fawkes explained that “a spell of freezing rain” and heavy snowfall is expected to create an “unsettled” picture for the week. He added that the snow could even extend into the next week as temperatures continue to plummet below freezing.

“20 to 40 centimetres from that system with the snow easing down gradually as we get on into Thursday.

“Further eastwards, we’ve got an area of rain that’s going to be pushing in for Thursday.

“And, as that bumps into colder air across the Ukraine, and later in the day Belarus, we’ll see a spell of freezing rain.” 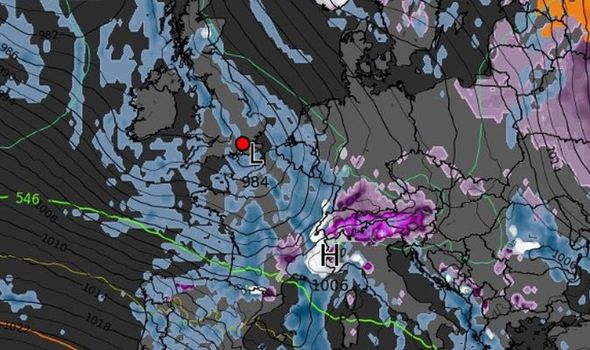 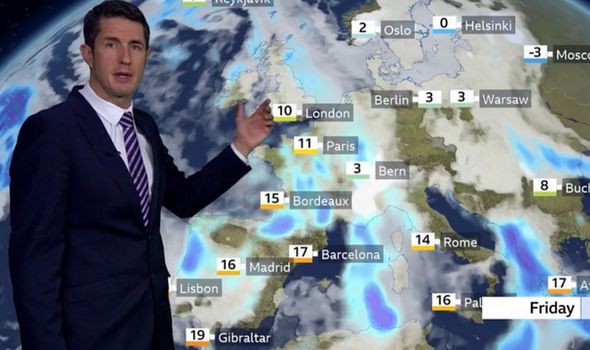 He continued: “That will bring some dangerous icy conditions, and there probably will be some snow mixed in for a time.

“But eventually milder air will push back in, and the snow freezing rain will turn back to normal rain.

“So there will be something of a thaw setting in place.

“But nevertheless watch out for ice for these areas on Thursday.” 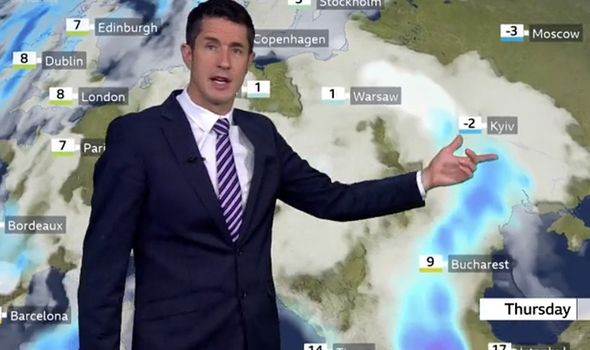 The weather presenter added: “We’ve got some unsettled showery weather working across parts of central and eastern Europe at the moment.

“Thunderstorms working into the Balkans and across into Alpine areas.” 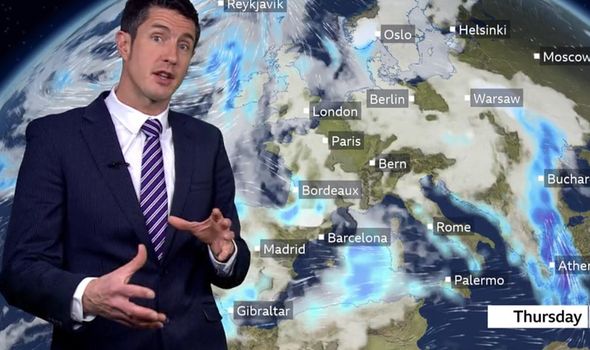 Mr Fawkes said: “On Friday, the weather’s still unsettled, we’ve got further downpours to come widely across central and eastern areas of Europe.

“The weather continues to be quite cool as well across central areas.

“Temperatures there will be just three degrees Celsius in Berlin, with milder air pushing into France. But with that comes some heavy rain.

“So it looks pretty wet in Paris for the next few days – some heavy rain around, perhaps thundery at times as well as we head into the course of the weekend with some fairly brisk winds too.

“In Moscow, the weather’s going to get a little bit colder over the next few days. There’ll be cloud, and perhaps snow, next week.”