Yet another yellow weather warning has been issued by the Met Office for Monday as rain, fog and freezing temperatures continue to dominate across much of the UK. The latest warning for fog covers the southeast of England, including London, Norwich and Portsmouth.

The alert reads: “Fog and freezing fog patches are expected to persist over parts of east and southeast England overnight into Monday as well as spreading further south and west.

“The visibility will drop to less than 100 m in places and with the increased traffic volumes on Monday morning some transport disruption is possible.”

This is the third alert currently in place for tomorrow – with two others for rain issued in Scotland.

It is currently expected to last from 4am to 11am. 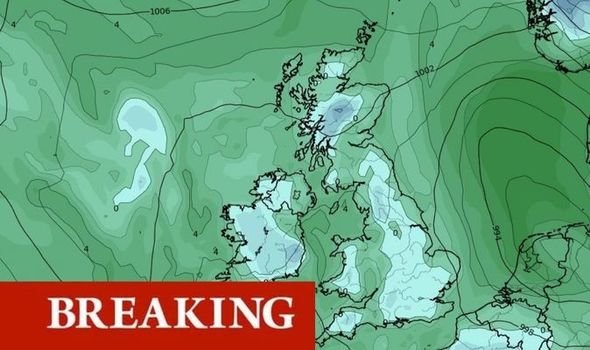 Which regions are affected? 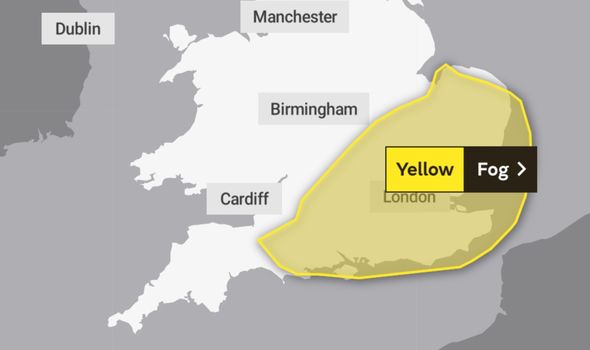 The UK has been plagued by poor weather conditions this weekend, with the weather expected to remain poor over the coming week.

Fog, rain and snow in some areas has been accompanied by freezing temperatures, with minus temperatures recorded in some spots.

Elsewhere on Monday, it will be fine for most areas alongside persistent cold temperatures.

“Rain into eastern Scotland and northeast England later. Cold for most.” 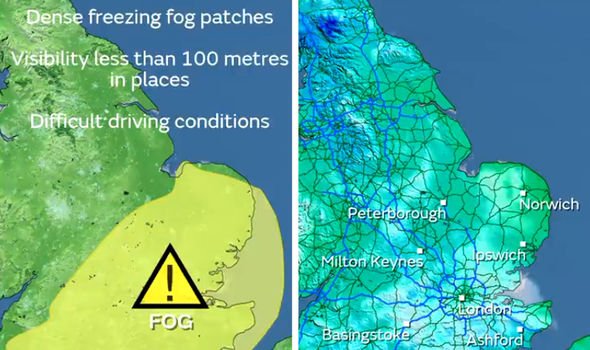