George Eustice has attacked the EU’s latest fishing offer in the Brexit talks as “ludicrous”. The Environment Secretary told Sky News’ Sophy Ridge that the offer was “just not right” after the the EU proposed a “very modest increase” on its return of fish to the UK. Last week, it was reported that the EU had offered to return just 18 percent of their current catch in British waters to the UK after the Brexit transition period. 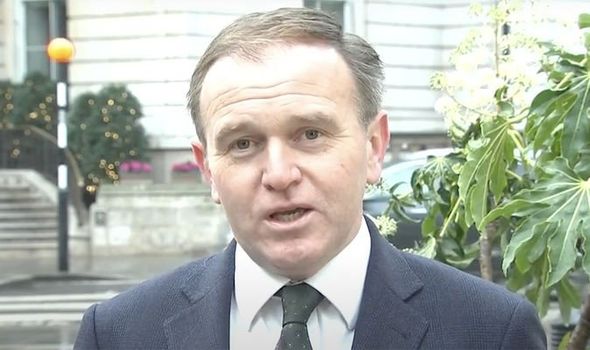 The UK rejected this offer outright and later dismissed it as “derisory”.

Mr Eustice told Ms Ridge that the EU also wanted a long-term access agreement to British waters, something that the UK deemed “not possible”.

He explained: “It’s just not right under international law.

“We would be the only country in the entire world that would agree to that.

“Such a suggestion is really quite ludicrous and not consistent with international law.”

The cabinet minister suggested that the UK wanted a three year deal on fishing quotas, as he said such an agreement is “not unusual”.