Met Office forecasters are warning of an icy few days as heavy snow could hit the UK. Scotland and the North of England are under snow and ice warnings as we head towards the weekend.

The forecasters warn areas of snow are expected to develop during Thursday evening and the early hours of Friday.

Snow may briefly settle across areas as low as 150 metres above sea level, although later in the night and on Friday morning the snow level will likely rise to 500 metres and above from the east as milder air arrives from the east.

Previous warnings have been extended to include areas in the North of England. 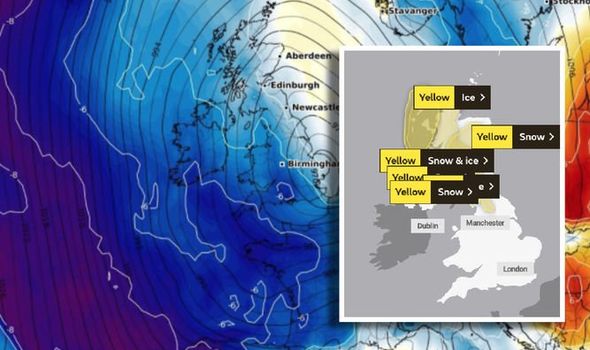