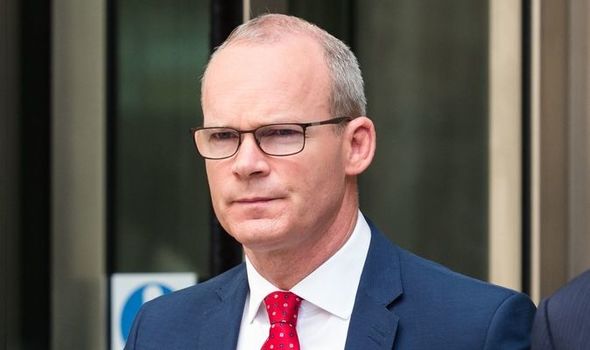 Mr Coveney issued the warning after the EU’s chief Brexit negotiator told EU ambassadors that if the forthcoming UK Finance Bill contains clauses which break international law, then Brexit talks between the two sides would be thrust into “crisis.

RTE Europe Editor Tony Connelly also reported there would also be a “breakdown in trust” between the EU and UK.

He tweeted: “The EU’s chief negotiator Michel Barnier has told EU ambassadors that if the UK Finance Bill, expected next week, contains clauses that breach international law [ie, that breach the NI Protocol] then the Brexit talks will be “in crisis” and there will be a breakdown in trust.

Mr Barnier made the remarks at the end of a briefing of member states via video link this morning, acc to two sources.”