WASHINGTON — President-elect Joseph R. Biden Jr. formally announced his top economic advisers on Monday, choosing a team that is stocked with champions of organized labor and marginalized workers, signaling an early focus on efforts to speed and spread the gains of the recovery from the pandemic recession.

The selections build on a pledge Mr. Biden made to business groups two weeks ago, when he said labor unions would have “increased power” in his administration. They suggest that Mr. Biden’s team will be focused initially on increased federal spending to reduce unemployment and an expanded safety net to cushion households that have continued to suffer as the virus persists and the recovery slows.

In a sign that Mr. Biden plans to focus on spreading economic wealth, his transition team put issues of equality and worker empowerment at the forefront of its news release announcing the nominees, saying they would help the incoming administration create “an economy that gives every single person across America a fair shot and an equal chance to get ahead.”

Mr. Biden’s picks include Janet L. Yellen, the former Federal Reserve chair, who if confirmed would be the first woman to serve as Treasury secretary; Cecilia Rouse of Princeton University, the first Black nominee to head the White House Council of Economic Advisers; and Neera Tanden of the Center for American Progress think tank, who would be the first woman of color to run the Office of Management and Budget. All three have focused on efforts to boost worker earnings and reduce racial and gender discrimination in the economy.

Ms. Tanden said in February that decades of rising income inequality were the consequence of “decades of conservative attacks on workers’ right to organize” and that labor unions “are a powerful vehicle to move workers into the middle class and keep them there.”

The two other nominees to Mr. Biden’s Council of Economic Advisers, Jared Bernstein and Heather Boushey, are economists who have long pushed for policies to advance workers and labor rights, and who advised Mr. Biden in his campaign as he built an agenda that featured several longstanding goals of organized labor, like raising the federal minimum wage and strengthening “Buy America” requirements in federal contracting.

William E. Spriggs, the chief economist for the A.F.L.-C.I.O. labor union, hailed the selections on Monday for their experience in policy debates and their attention to issues of inequality. “We have not had a C.E.A. as focused on the role of fiscal policy and full employment since President Johnson,” Mr. Spriggs said in an email.

The team’s embrace of deficit spending to boost the economy in the current crisis was highlighted in March in an op-ed article that Ms. Tanden and Ms. Boushey wrote with two co-authors, urging policymakers to spend big to help people, businesses and state and local governments endure the recession.

“Given the magnitude of the crisis,” they wrote, “now is not the time for policymakers to worry about raising deficits and debt as they consider what steps to take.”

Mr. Biden also named Adewale Adeyemo, a senior international economic adviser in the Obama administration, as deputy Treasury secretary. Mr. Adeyemo, who is known as Wally,would be the first Black man to hold the No. 2 role at Treasury.

The nominees will be introduced on Tuesday. That event will not include another of Mr. Biden’s picks, the former Obama adviser Brian Deese, who has been tapped to lead the National Economic Council but was not included in Monday’s announcement.

Mr. Biden’s team includes several labor economists, including Ms. Yellen, who has been a longtime champion of workers and has at times suggested running the labor market at very low unemployment levels — ones some economists thought imprudent — might be beneficial. While at the Fed, she balanced her preference for a strong labor market with inflation concerns and political constraints.

In the early 2000s, Ms. Yellen was instrumental in convincing the Fed’s policy-setting committee to coalesce around targeting a 2 percent inflation rate instead of the zero inflation rate that Alan Greenspan, the Fed chair at the time, originally favored. The Fed raises rates to slow the economy and offset inflationary pressures, so targeting slightly higher inflation opened the door to longer periods of cheap borrowing that leads to stronger economies and lower unemployment. 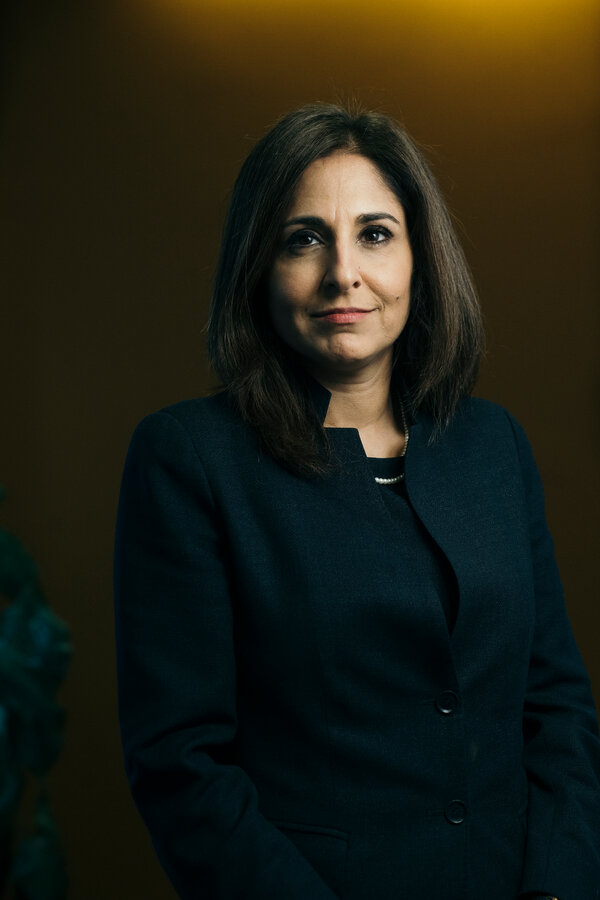 As Fed chair between 2014 and 2018, Ms. Yellen favored a patient approach to policy-setting that weighed concerns that prices might heat up as joblessness dropped against a preference for pulling more workers into the labor market.

In one wonky 2016 speech, she suggested that allowing the labor market to expand without raising interest rates might help to reverse labor market damage. She was criticized for the remarks, and later backed away from such an approach in word if not in deed. She and her colleagues lifted interest rates to fend off against inflation pressures, but did so at a very slow pace. She often faced censure at the time for going too slowly.

Ms. Yellen also walked a careful line when it came to issues like inequality. In one 2014 speech, she suggested that widening income and wealth inequality might be incompatible with American values — “among them the high value Americans have traditionally placed on equality of opportunity” — a remark Republicans criticized.

“You’re sticking your nose in places that you have no business to be,” Mick Mulvaney, then a Republican representative from South Carolina, said of her speech at a 2015 hearing.

Much has changed since Ms. Yellen was at the Fed — in ways that could allow her to embrace some of her more labor-friendly instincts if she is confirmed to the Treasury. While the Treasury secretary has somewhat limited direct economic power, the position holds significant sway as a fiscal policy adviser to Congress and the president, as well as oversight of tax policy through the Internal Revenue Service.

Inflation, once seen as a real and looming threat, has been low for more than a decade. Inequality, once labeled a political and liberal issue, is increasingly recognized as a real economic constraint by Democrats and Republicans alike.

Yet some progressive groups have raised concerns that Mr. Biden’s team could pivot too quickly to try and reduce the federal budget deficit once the pandemic subsides, citing past comments by Ms. Yellen and Ms. Tanden.

Economists on the left have become increasingly comfortable with deficit spending, and Ms. Yellen has long favored government intervention as a way to get the economy going during times of trouble. But she has also said America’s debt load is unsustainable, and has generally favored taxation as an offset to increased spending.

Mr. Biden, too, has expressed support for borrowing money to aid the current recovery, but sought to offset the cost of other economic proposals — like an infrastructure bill and actions to mitigate climate change — with tax increases on high earners and corporations.

In a 2018 interview at the Charles Schwab Impact conference in Washington, Ms. Yellen said the United States’ debt path was “unsustainable” and offered a remedy: “If I had a magic wand, I would raise taxes and cut retirement spending.” Last year, she described the need to reform the nation’s social safety net programs as “root canal economics.”

However, during the current crisis Ms. Yellen has made clear that she does not see deficit reduction as a priority and the federal government should spend what is necessary to weather the pandemic. In July, she testified before Congress with Ben S. Bernanke, another former Fed chair, and called for substantial federal support.

“With interest rates extremely low and likely to remain so for some time, we do not believe that concerns about the deficit and debt should prevent the Congress from responding robustly to this emergency,” she said. “The top priorities at this time should be protecting our citizens from the pandemic and pursuing a stronger and equitable economic recovery.”

The White House’s budget director is often at the center of fiscal fights with Congress, and some liberals have raised concerns over Ms. Tanden’s 2012 remarks to C-SPAN about potential cuts to safety-net programs as part of a long-term deal to reduce federal debt.

In that interview with the network, Ms. Tanden said that the restructuring of Social Security, Medicare and Medicaid must be “on the table” in conversations about long-term deficit reduction and noted that the Center for American Progress had made such proposals.

But in 2017, as Republicans prepared to approve a $1.5 trillion tax cut, Ms. Tanden showed no desire to return to deficit reduction in a future administration. “The rule seems to be deficits only matter for Democratic presidents,” she wrote on Twitter. “And that rule needs to die now. We should not have to clean up their mess.”

“There are reasons to be hopeful,” said Stephanie Kelton, a professor at Stony Brook University and author of the book “The Deficit Myth,” which makes a case that budget deficits are not inherently bad.

Ms. Kelton helped with economic agenda-setting during the Biden campaign as a task force member, and said that the fact that people like Mr. Bernstein and Ms. Boushey are included among the economic thinkers is a reason to hope that progressive ideals will have a voice at the table. That said, she said she remained wary that there would be continued attention to deficits and deficit reduction.

Tags: Income Inequality u US Economy