Formula 1 racing driver Romain Grosjean has survived a high-speed crash at the Bahrain Grand Prix, emerging from his car as it was engulfed in flames after smashing through a barrier.

The 34-year-old Frenchman managed to leap out of the burning car – which was ripped in two – around 20 seconds after it caught on fire.

He limped away to an ambulance and is now being treated in hospital.

The accident temporarily halted the race on the opening lap. 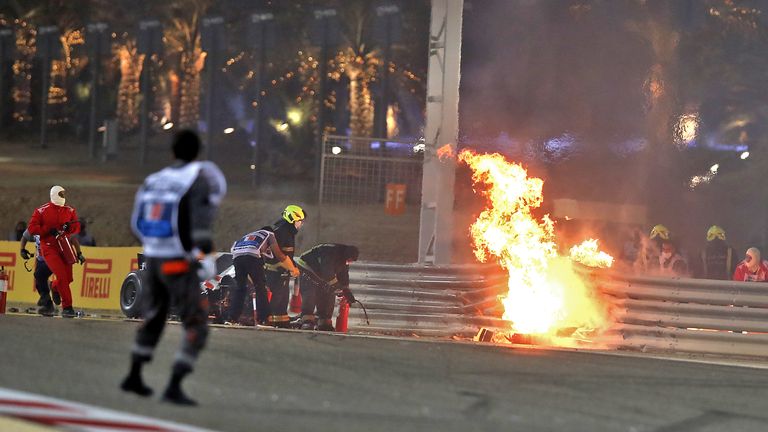 Grosjean’s F1 team Haas tweeted he “has some minor burns on his hands and ankles but otherwise he is ok”.

“He is with the doctors just now,” they added.

An FIA spokesman said the impact of Grosjean’s crash was measured at 53G. 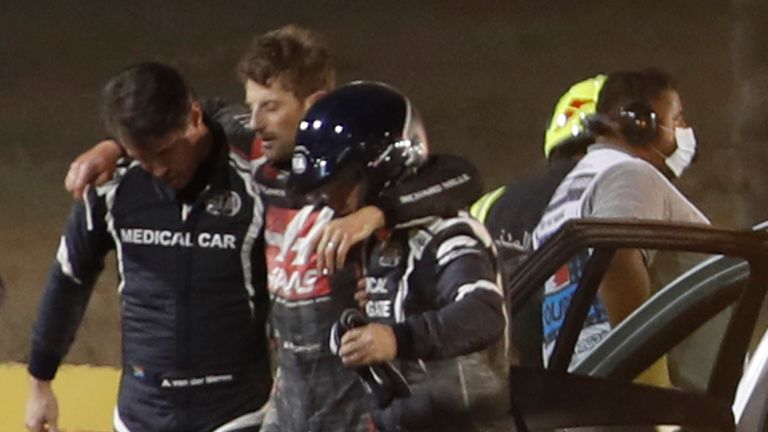 Replays showed the driver leaping over the barriers and away from the flaming wreckage of his car before he was helped to a waiting ambulance. 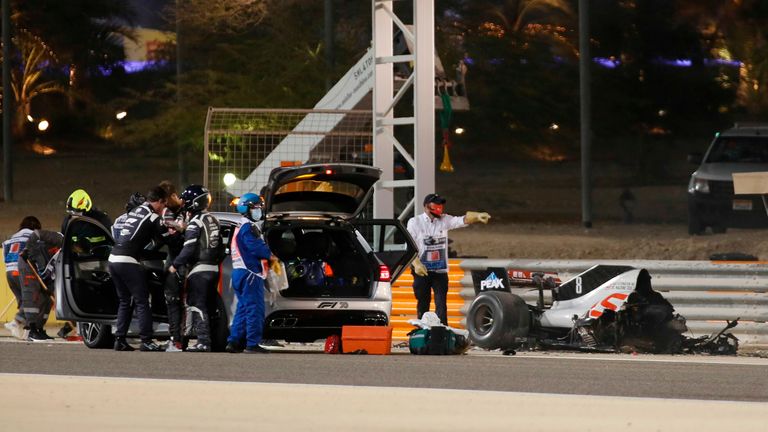 The accident was triggered when the Haas French driver swerved across the front of Daniil Kvyat, making contact with his AlphaTauri.

Lewis Hamilton, who is aiming for his 11th victory of F1 2020, tweeted he was “so grateful Romain is safe”. 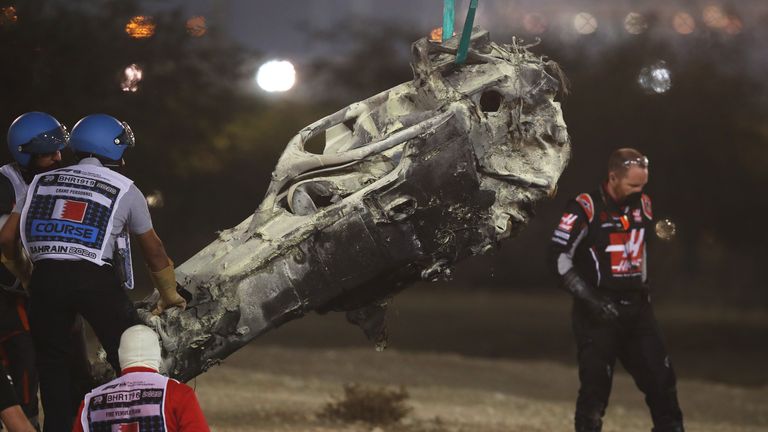 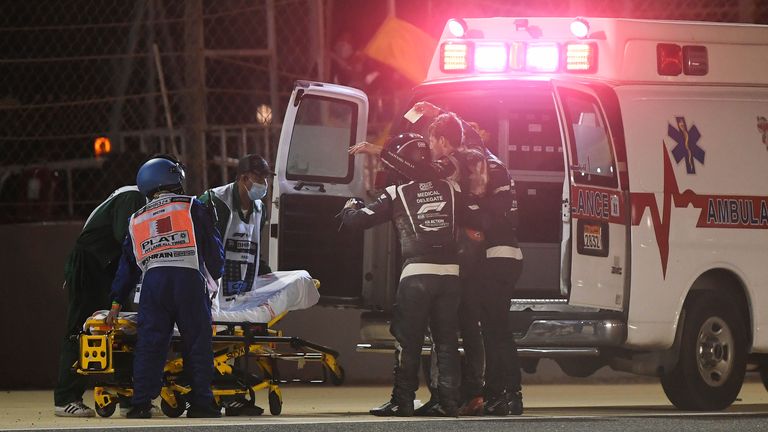 He added: “Wow… the risk we take is no joke, for those of you out there that forget that we put our life on the line for this sport and for what we love to do.” 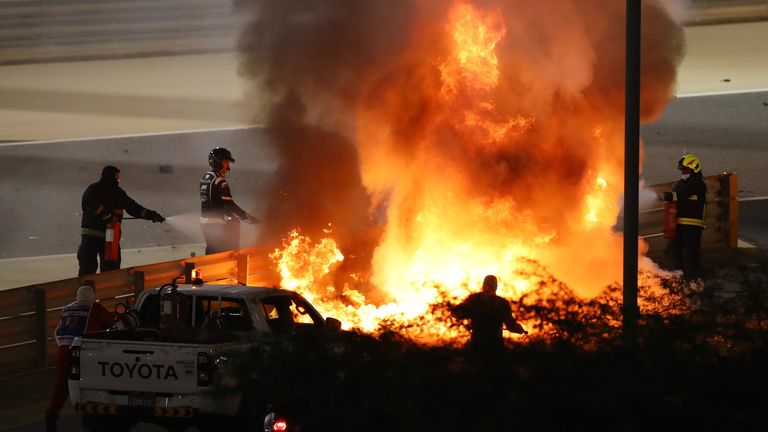 Haas team principal Guenther Steiner said: “Romain is doing okay, I don’t want to make a medical comment but he had light burns on his hands and ankles. Obviously he’s shaken… I want to thank the rescue crews who are very quick. The marshals and FIA people they did a great job, it was scary.” 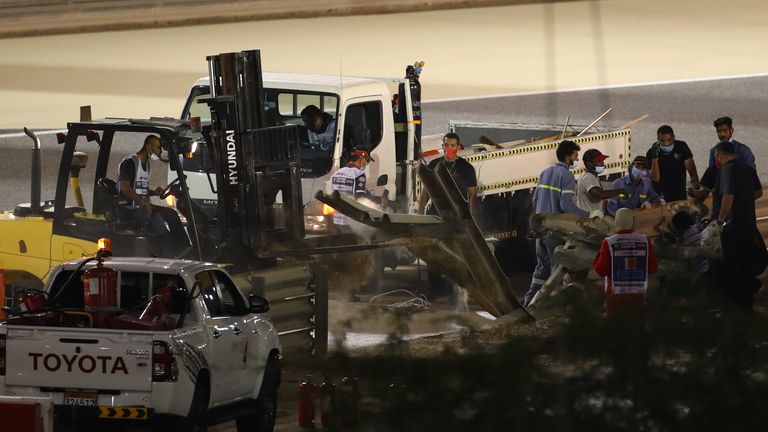 Sky Sports’ Karun Chandhok, a former racing driver, said: “It looks like when the car went through the barriers, the back of the chassis where the engine is mounted, the engine mount has snapped off and ripped off a bit of the chassis and that appears to have pierced the fuel bag.” The race restarted following quick work to repair the significant damage to the trackside barriers.