Kemi Badenoch has claimed that celebrity luvvie Bob Geldof inspired her to join the Conservative Party. The Equality Minister ridiculed Mr Geldof for his anti-poverty activism for Africa, claiming his rhetoric was “so patronising and so condescending”. Speaking to the BBC’s Nick Robinson on the Political Thinking podcast, Ms Badenoch described Bob Geldof “a white man who thought he could save Africa”.

Mr Robinson brought up that the Tory minister was on David Cameron’s task force that came up with the original 0.7 precent foreign aid target.

He said: “You were on the David Cameron task force which was part of coming up with the idea that Tories would back 0.7 percent for foreign aid.”

“You also fell out with Bob Geldof, didn’t you?”

Ms Badenoch responded: “It was one of the things that made me join the Conservative Party at the time.” 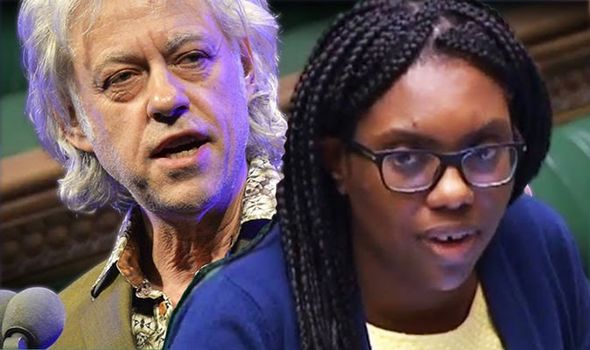 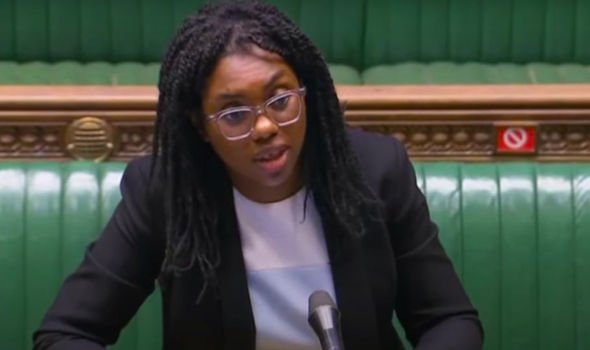 She said: “It was the rhetoric around Live Aid, and Live 8 and forgiving debt and how people were talking about Africa at the time.

“I thought it was so condescending and so patronising, that I thought surely we need more black people getting into politics.”

She also described feeling “vindicated” for arguing in 2005 that the Department for International Development should be absorbed into the Foreign Office.

Earlier this year, Boris Johnson stunned Whitehall by announcing a plan to combine the two departments. 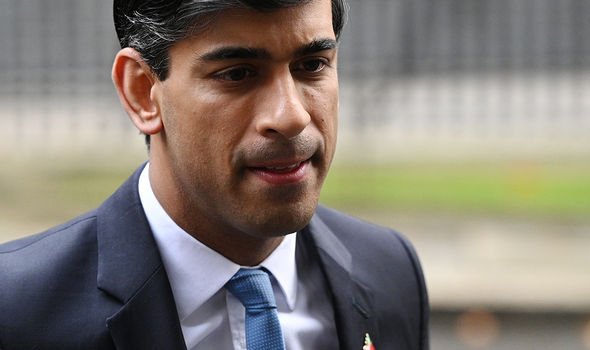 Mr Robinson added: “I’m told that what you said of Bob Geldof was that he was a white man who thought he could save Africa.

“Why have 0.5 percent on overseas aid then, why not cut it all?”

Ms Badenoch explained: “If we don’t help poorer countries we will feel the repercussions whether we like it or not.” 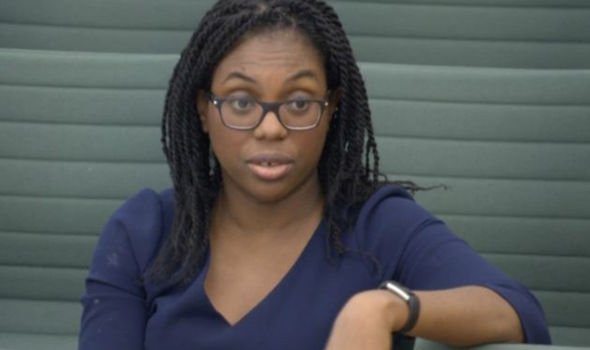 She added: “It’s making sure that the money we spend goes to the right people, and it’s not wasted.”

During her appearance on the BBC podcast, Ms Badenoch also hit out at campaigners demanding a complete overhaul of the British education curriculum as she insisted teachers should explain facts.

Earlier this week, Rishi Sunak broke a manifesto promise by cutting the overseas aid budget by a third and ending the Tory commitment to spend 0.7 percent of gross national income on aid.