Q: I am 68 and retired. I have about $200,000 in term deposits (I know, the returns are abysmal, but I am scared of losing any of it, as it is savings from the hard-earned income from my wife and me). We both have about $150,000 in KiwiSaver. Since retiring, I have looked at other avenues to improve some returns.

From my emergency money, I have put some in Smartshares ETFs (exchange traded funds), a few index funds, and some direct investments in NZX shares. Since June this year, after learning about the opportunity to invest in US shares and ETFs, I have ventured to put some in them. Against the usual advice to focus on a handful of shares, I have put about $150 to $200 in about 60 shares and ETFs.

I know it sounds crazy, but all those top-notch companies and brands are so tempting to me, like a chocolate shop for a kid. So far it has gone okay, with 80 per cent of the picks in positive territory, and I am having a return of around 11 to 12 per cent (not per annum, absolute increase) on my investment.

I am now wondering whether this is a wise plan. I don’t have an exit strategy so far for this US investment. But it is thrilling to see the picks working out. I love to read about the developments on the world markets, and this hands-on play is very interesting. Should I continue this ride or consolidate my holdings to 10 to 15? When? Thanks for your input.

A: You, and many others who have recently “discovered” shares, worry me. A few quick points first:

• You say, “Against the usual advice to focus on a handful of shares ..”. That has never been my advice. I always suggest you diversify across many shares, or use ETFs or other managed funds that hold many shares. Your 60 shares and ETFs give you great diversification.

• I’m concerned that you are making these investments with your emergency money. That should be cash you can take out at short notice. If you have to withdraw it right after the share markets have crashed, you’re not going to be happy.

Still, in your case, you’ve got lots of term deposits. So hopefully some of those will mature soon if you need money in a hurry.

• Perhaps most importantly, you have had extraordinary beginner’s luck. You say, “So far, it has gone okay ..”. And your returns of 11 to 12 per cent over a few months are fantastic. But that means nothing — except that the past few months have been really good in the share markets. Downturns will come. We just don’t know when.

The Financial Markets Authority says, “Globally, there has been huge growth in the number of people investing in shares and other assets, often through popular online investing platforms.

“In New Zealand, local online investing platforms report that an estimated 120,000 Kiwis have joined their platforms since the first Covid-19 lockdown.

“It’s estimated that more than 250,000 New Zealanders are using Sharesies, Hatch and InvestNow.” That’s 5 per cent of the population! Three-quarters of the users are aged 25 to 44 — so you’re an exception — and the majority are male, says the FMA.

There’s nothing wrong with the new popularity of share investing, as such. It’s great that New Zealanders are finally taking an interest in shares again, after so many were put off for decades after the 1987 crash.

But the astonishingly rapid recovery of the NZ and world markets after the Covid plunge in March may give newcomers the false impression that any market downturn is shortlived.

True, the markets usually recover within a year or so, but there can be many long worrying months before that happens. And sometimes recovery takes several years.

Another worry is that, after you and others choose shares that do well, you start to think you’ve got skill at stock picking. Just the fact that you talk about buying “top-notch companies” is of concern.

It’s much harder to know a good investment than a good company, which can easily be overpriced. People who have worked full-time selecting shares for fund managers often get it wrong. For amateurs it’s even worse.

The way around that is to buy a wide range of shares and hold them. Don’t try to win by trading.

Having said all that, you two haveconsiderable other savings. You can use that money, plus NZ Super, for your short-term spending, and regard the shares and ETFs as money to spend 10or more years from now, so downturns in the meantime don’t matter.

Gradually decrease the share investing as you get closer to spending that money — a process frequently described in this column.

Shut out of Super?

Will the proposed amendment in the New Zealand law — requiring people to have 20 years residency after age 20 before they can get NZ Super — apply to me if it receives Royal Assent? If so, how can I mitigate against it please?

In addition, my partner, who was born in the UK and has permanent residency in New Zealand under the partnership category, will have accrued 11 years in this country at 65.

I wonder if this potentially significant change in the law is receiving little attention, when it may have an impact for New Zealand citizens and their partners returning due to coronavirus.

A: The change has been discussed a fair bit over the years. I think now that it seems likely to take place, not much fuss is being made because most New Zealanders think it’s fair.

The explanatory note to the New Zealand Superannuation and Retirement Income (Fair Residency) Amendment Bill says, “Currently, a resident of 10 years is entitled to full New Zealand Superannuation without any requirement to contribute to the economy. Globally, 10 years is an unusually short time for full entitlement to a universal, non-means tested pension at age 65.

“Considering average life expectancy, New Zealand Superannuation is paid for 20 years, which is up to $480,000 per person at current rates.

“This proposal contributes to the sustainability of New Zealand Superannuation and addresses fairness to New Zealand superannuitants who have lived in New Zealand their entire lives.” That makes sense to me.

But take heart! You and your partner should not be affected if the bill becomes law.

“New Zealand has a social security agreement with the United Kingdom. Under the terms of that agreement, people can count residence in the United Kingdom towards the residence requirement for NZ Super,” says Kay Read, group general manager client service delivery at the Ministry of Social Development.

She adds that New Zealand also has social security agreements with Australia, Canada, Denmark, Greece, Ireland, Jersey and Guernsey, Malta and the Netherlands.

“There are some subtle differences between the agreements. Most notably, residence in Australia can only be counted under that agreement if it is between age 20 and age 65. Additionally, people can only use the agreement with Australia to qualify for NZS if they meet the Australian age of entitlement, which is increasing to age 67.”

The other residency rule, that you have to have at least five years residency in New Zealand since age 50 to get NZ Super, remains unchanged as the bill is currently drafted.

Under the bill, people who can’t start NZ Super at 65 will be able to apply once they have lived in New Zealand for 20 years after age 20, including 5 years since 50.

Getting back to your situation, you should be aware that you and your partner won’t be able to receive full government pensions from both countries. Your NZ Super will be reduced by any amount you receive from a UK government pension.

Read adds that the bill is currently at the select committee stage, and people can make submissions to the committee.

Q: Re your reply last week to a suggestion of discounts for older long-time members of Southern Cross Health Insurance — as the premiums are so high as you get older — I have a suggestion too.

As a long-term member, I get a 33 per cent discount from the Automobile Association. There are other discounts, depending on how long you belong, ranging up to 50 per cent if you belong for more than 50 years. Long-term membership discounts are a huge incentive to join early and stay a member.

A: Southern Cross’ thoughts are the ones that matter. And here’s what they say: “Southern Cross Health Insurance (SCHI) has extensively investigated offering a long-term or loyalty membership discount to members — we did this most recently in 2012 and it was also discussed at length at our AGM in 2018 and 2019.

“As a Friendly Society, we work as much as possible to ensure equity and fairness among our membership. When looking at offering a premium discount of any sort to some members, it’s important to consider that other members would need to fund it by paying higher premiums because as a not-for-profit, member-based health insurer, we don’t have any profit margin that we can use to fund discounts of this kind.

The spokesperson adds, “We would like to note that our long-standing SCHI members already receive greater value on average than members of the same age who have been with us for a shorter duration. This is because they tend to claim significantly more.

“For example, our research in 2012 showed that members with 20 years of membership were paid on average 93 cents in claims for each $1 paid in premium, while members with less than 10 years membership were paid 76 cents. This is because the longer you’ve been a member with us, the more likely it is that you have built up health issues that are covered by your policy.” I can’t really challenge any of that.

Q: With our family, I left Southern Cross insurance 20 years ago because I felt they are a ripoff! I went to Tower (now nib) insurance and saved a lot of money. And you can take a higher excess and save more!

A: It’s not just what you pay that matters, but what cover you get. Nib may or may not be a better deal — I don’t know. But good on you for checking out the competition and moving if it seemed better. It’s certainly an option for others unhappy with Southern Cross.

I’ve received many letters about Southern Cross health insurance. I can’t believe how big an issue it is for many people! I’ll run some more Q&As on this next week.

– Mary Holm, ONZM, is a freelance journalist, a seminar presenter and a bestselling author on personal finance. She is a director of Financial Services Complaints Ltd (FSCL) and a former director of the Financial Markets Authority. Her opinions are personal, and do not reflect the position of any organisation in which she holds office. Mary’s advice is of a general nature, and she is not responsible for any loss that any reader may suffer from following it. Send questions to mary@maryholm.com. Letters should not exceed 200 words. We won’t publish your name. Please provide a (preferably daytime) phone number. Unfortunately, Mary cannot answer all questions, correspond directly with readers, or give financial advice. 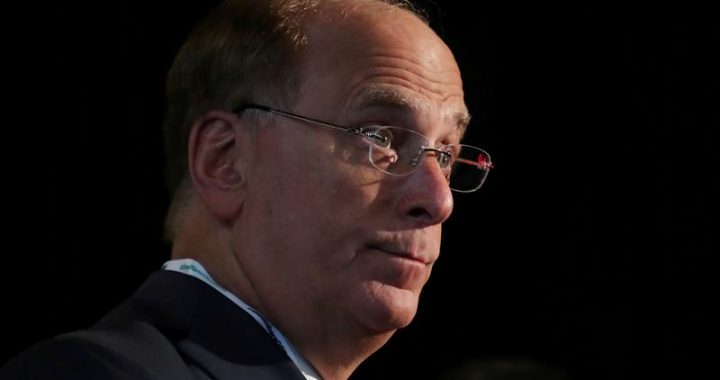 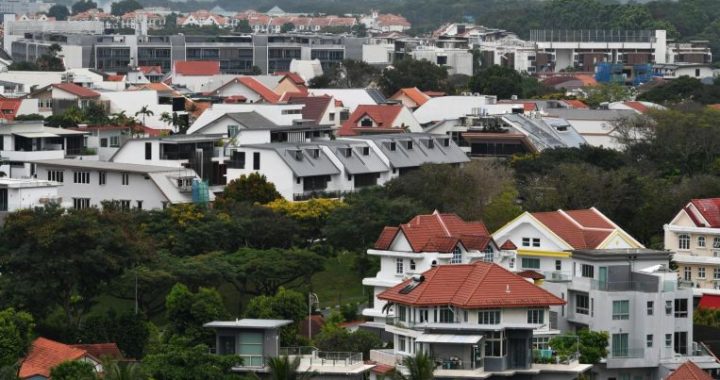 Boohoo Snaps Up Debenhams Brand, Website – But Not the Physical Stores 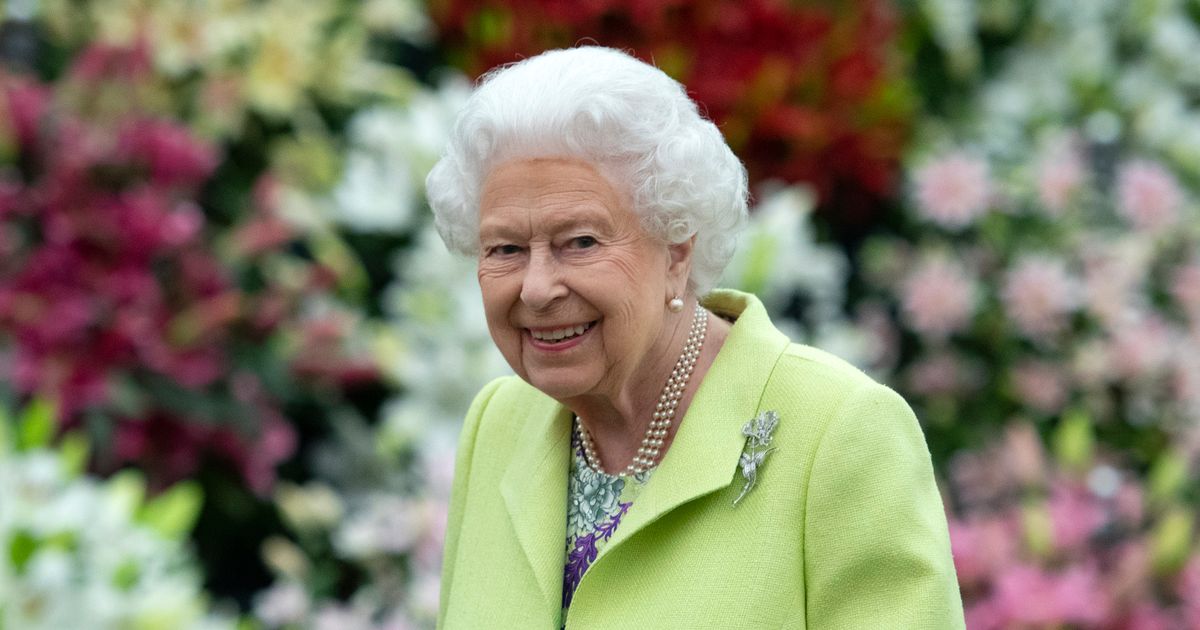 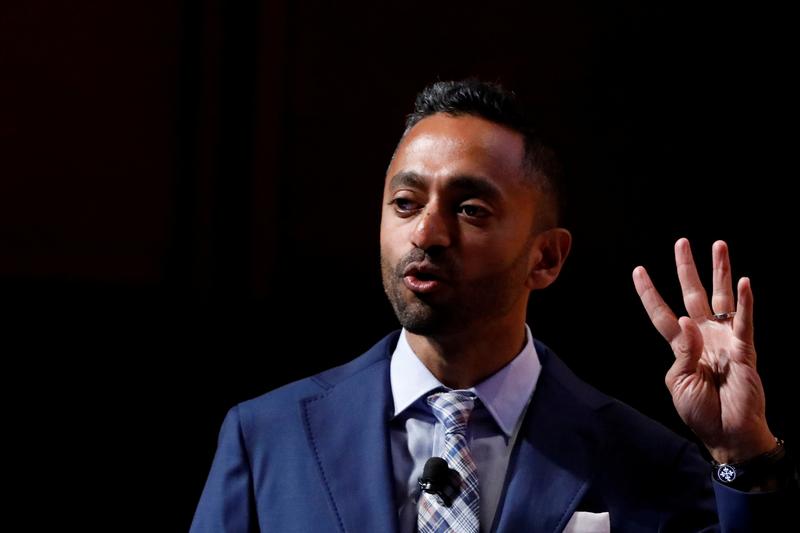