The defeated Republican, 74, retweeted actor Randy Quaid’s demands to stage the poll again amid unsupported claims of voter fraud. The U-turn followed Mr Trump’s apparent consent for President-elect Joe Biden’s transition to the White House to get under way.

After saying the agency overseeing the transition must “do what needs to be done”, Mr Trump posted a photo of himself in the Oval Office, alongside the caption: “I concede NOTHING!!!!!”

He also vowed to present detailed evidence of ballot rigging in what he claimed would be a “big lawsuit”. 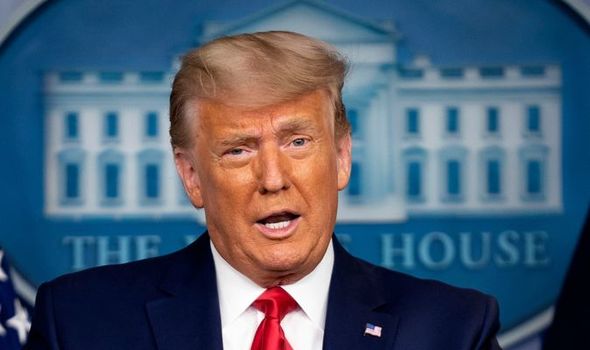 “We need an in-person only paper ballot re-vote.”

Mr Trump replied: “Thank you Randy, working hard to clean up the stench of the 2020 election hoax.”

Meanwhile Mr Biden was preparing to name the first members of his cabinet last night – including many former colleagues from the Obama era.