The BBC Weather forecaster warned temperatures plummeted below freezing overnight as the first ridge of a cold front moved into some areas. The frosty start is expected to result in more settled conditions being in charge through Monday, with a few showers across northern Scotland and some potentially disrupting fog. Carol Kirkwood said: “It is a cold start to the day.

“Temperatures for some are below freezing, for some parts of the West for example. And it’s going to be wet and windy in the north and west, especially later on.

“But for many parts of the UK, it’s a dry start. There’s some sunshine, clear skies hence the low temperatures.

“And out towards the west, the cloud will continue to build, spreading eastwards through the day murking some western areas, with this rain coming in across parts of western Scotland and Northern Ireland.”

She warned some areas could experience strong winds, with gusts hitting over 50mph in some parts of northern Scotland. 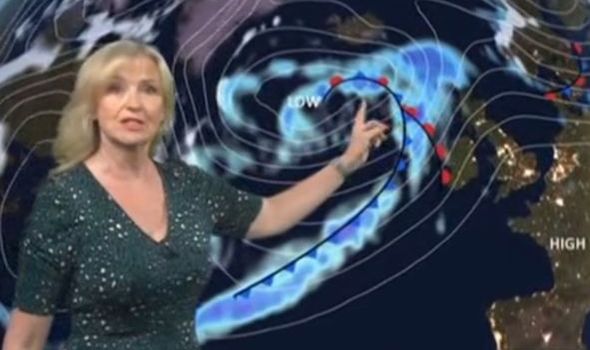 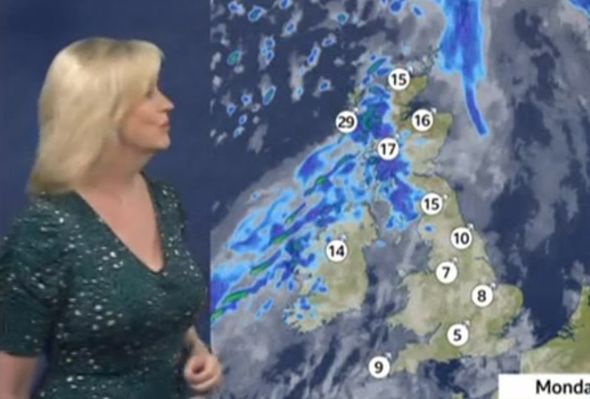 The BBC Weather forecaster continued: “These round circles indicate the average wind strength so we could have gusts of winds higher than these, up to 50mph or 60mph across parts of the north and the west of Scotland.

“Temperatures still cool in eastern areas, we’re looking at 8C-9C-10C whereas out towards the west, where we do have more cloud, it will be about 11C or 12C.

“Through this evening and overnight, our rain continues across Scotland into Northern Ireland, parts of northern England, the odd spot getting into Wales and southwest England too.

“There’ll be some clear skies and where we’ve got the clear skies, it will be cooler but it will start off cold in eastern areas, with the temperature rising as the cloud cover does come across.” 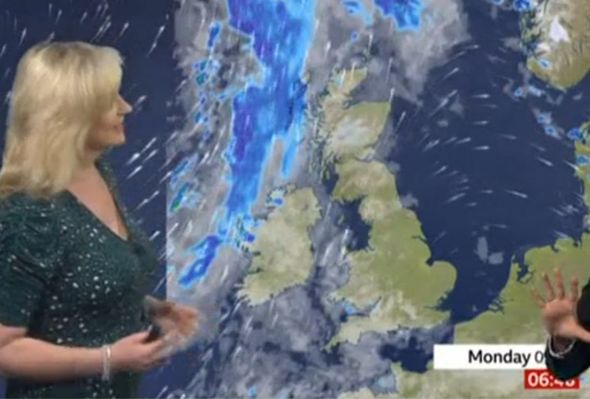 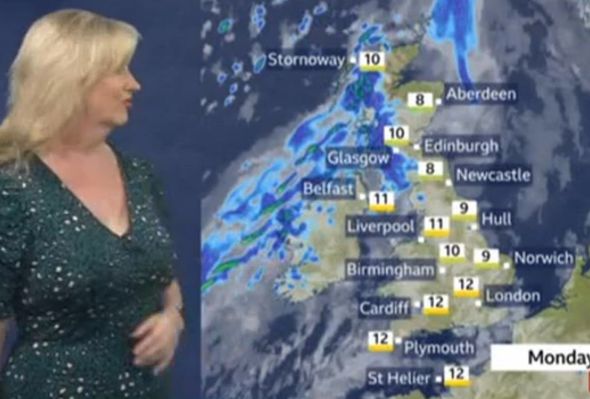 Ms Kirkwood added: “So into tomorrow, we’ve still got all this rain across Scotland and Northern Ireland.

“Rainfall totals starting to really accumulate. Some of that getting into Cumbria and the Pennines at times.

“But to the north of that, some brighter skies. To the south of it, quite a lot of cloud, with temperatures between 9C and 13C. Then it’s going to get colder.” 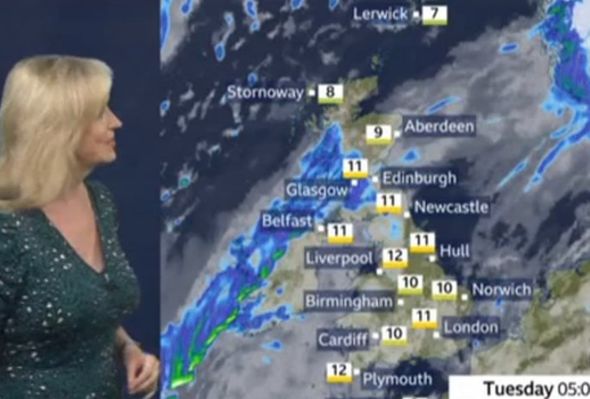 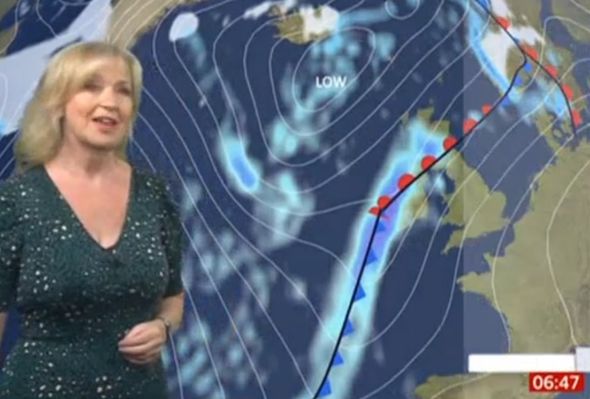 The plunging temperatures will hit together with some showers expected in the north and west of the UK on Wednesday, according to short-range forecasts.

During the day on Wednesday, temperatures in parts of Scotland are forecast to reach as low as 1C according to WX Charts.

By Thursday morning, frost and fog is likely to hit Britain due to the plunging temperatures.

Netweather forecaster Paul Michaelwaite said: “With clearer skies and a colder airmass overhead, there’ll also the threat of some overnight frost and fog into Thursday morning – away from the still milder, and cloudier southeast corner that is.”