A U.K. woman who was put into a coma with COVID-19 last April has awoken to learn that she had given birth to twins.

Dr. Perpetual Uke, who is a rheumatology consultant at Birmingham City Hospital, contracted the coronavirus while pregnant in late March. She was hospitalized, moved to the critical care unit and placed on a ventilator, then put into a coma in an attempt to save her life, BBC News reports.

Doctors made the call on April 10 to deliver her babies at 26 weeks into her pregnancy, even as she remained in the coma. They delivered her babies by caesarian section and immediately put them into special care due to their premature births. 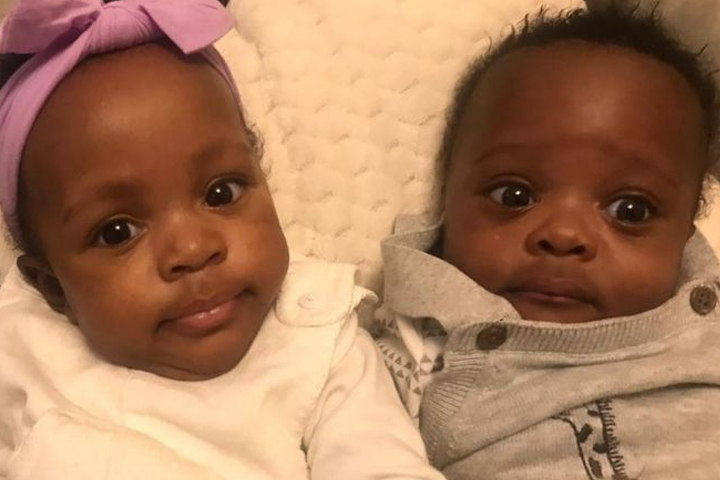 The boy and girl were originally expected in mid-July.

Uke’s husband, Matthew, says it was a nerve-racking time after the birth. His wife remained in the coma for another 16 days, and was disoriented when she finally woke up.

“It was really terrifying,” he told BBC News. “Every passing day, I was hoping my wife was not among those who are dead.

“We are a team. The idea she might not be there was really difficult to accept.”

Dr. Uke says she was terrified when she woke to see her baby bump was gone. She said she was suffering from “ICU delirium,” and was confused when staff showed her photos of her babies.

“They were so tiny,” she said. “They didn’t look like human beings. I couldn’t believe they were mine.”

She described the births as a “miracle” in an interview with the Metro newspaper.

“I remember getting ill and an ambulance coming to take me away, and then I was put in a coma,” she recalled.

“Coming out of the coma was the worst aspect. I had nightmares … I thought my babies were gone and all my family had died.”

The twins spent 116 days at the hospital, and are now getting better by the day at home with their two older siblings, ages 11 and 12.

“Sometimes I look at them in tears. I never knew they would make it,” Uke told Sky News. “It is amazing what medical professional science can offer.”

Questions about COVID-19? Here are some things you need to know:

Symptoms can include fever, cough and difficulty breathing — very similar to a cold or flu. Some people can develop a more severe illness. People most at risk of this include older adults and people with severe chronic medical conditions like heart, lung or kidney disease. If you develop symptoms, contact public health authorities.

To prevent the virus from spreading, experts recommend frequent handwashing and coughing into your sleeve. They also recommend minimizing contact with others, staying home as much as possible and maintaining a distance of two metres from other people if you go out. In situations where you can’t keep a safe distance from others, public health officials recommend the use of a non-medical face mask or covering to prevent spreading the respiratory droplets that can carry the virus. In some provinces and municipalities across the country, masks or face coverings are now mandatory in indoor public spaces.