LONDON — When luxury reseller Sellier opened the doors to its brick-and-mortar boutique in London’s Knightsbridge in early 2019, the aim was to tap into the local community and the robust foot traffic from nearby Harrods.

“Everything was ticking along nicely,” said Hanushka Toni, who founded the business with her mother Dina Ibrahimova — until the COVID-19 outbreak in March forced all nonessential retailers in London to shut their doors indefinitely.

A few months later, thanks to the web site and plenty of Instagram content, the business has become a player in the secondary market with a dedicated following and a wider international reach. Its online network of sellers and buyers has grown to include some serious luxury collectors with knowledge of the market and an affinity for super brands.

“Since our web site launched in May, we turned over 1.5 million pounds. We’re growing month-over-month, so our revenues are now on average 300,000 pounds and 500,000 pounds per month, just on the web site,” added Toni, pointing to the company’s 43,000 Instagram followers, most of whom were acquired during lockdown.

“It may not seem like a huge amount for Instagram, but that’s 43,000 real people and customers. Each story that we post gets at least 15,000 views, which is very high engagement.”

Bride of the Times

That engagement has ultimately translated into high — and quick — sell-throughs: There is an 80 percent sell-through rate for new items, most of which go within an hour. A slow pickup means an item will sell within a week.

The retailer tends to receive up to 50 Instagram messages the second it posts a new item on its social feed, with most inventory selling out before it even has a chance to be uploaded on the Sellier web site. 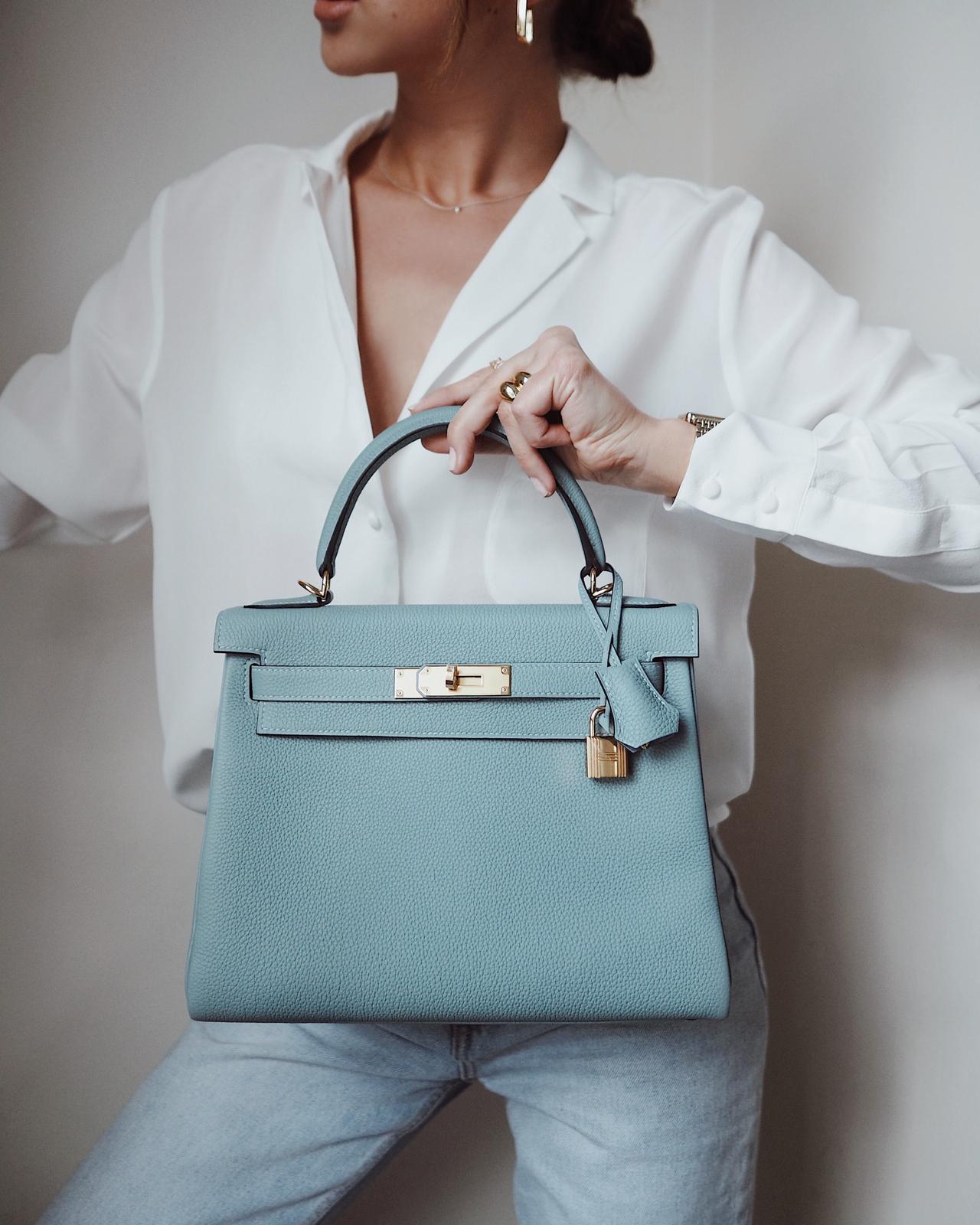 An Hermès Kelly bag sourced and sold by Sellier. Courtesy of Sellier

The bag category is by far the business’ biggest growth driver, with Chanel and Hermès leading the way. The company tends to sell an Hermès bag a day, while a classic Chanel flap bag can sell out within 30 seconds.

“It’s funny because Hermès bags are very expensive, they are at a premium to the shop price, but we ship them all over the world. People are prepared to pay 14,000 pounds or 15,000 pounds for an Hermès bag that they haven’t seen before,” said Toni.

Part of the popularity of bags by the megabrands lies in the increasing savvy of modern-day consumers, who are sensitive both to the investment value of the bags, and to the big brands’ ever-evolving pricing structures.

“In the past year alone, Chanel has had two price rises. Now the Chanel Maxi bag costs the same as an Hermès Birkin, so people have become attuned to the fact that there’s a locked-in profit. If they had bought the same bag two years ago, it would probably have been 2,000 pounds cheaper,” said Toni.

“If you buy Chanel, if you buy Hermès, not on an immediate horizon, but in a five-to-10-year horizon, there’s going to be added value.” 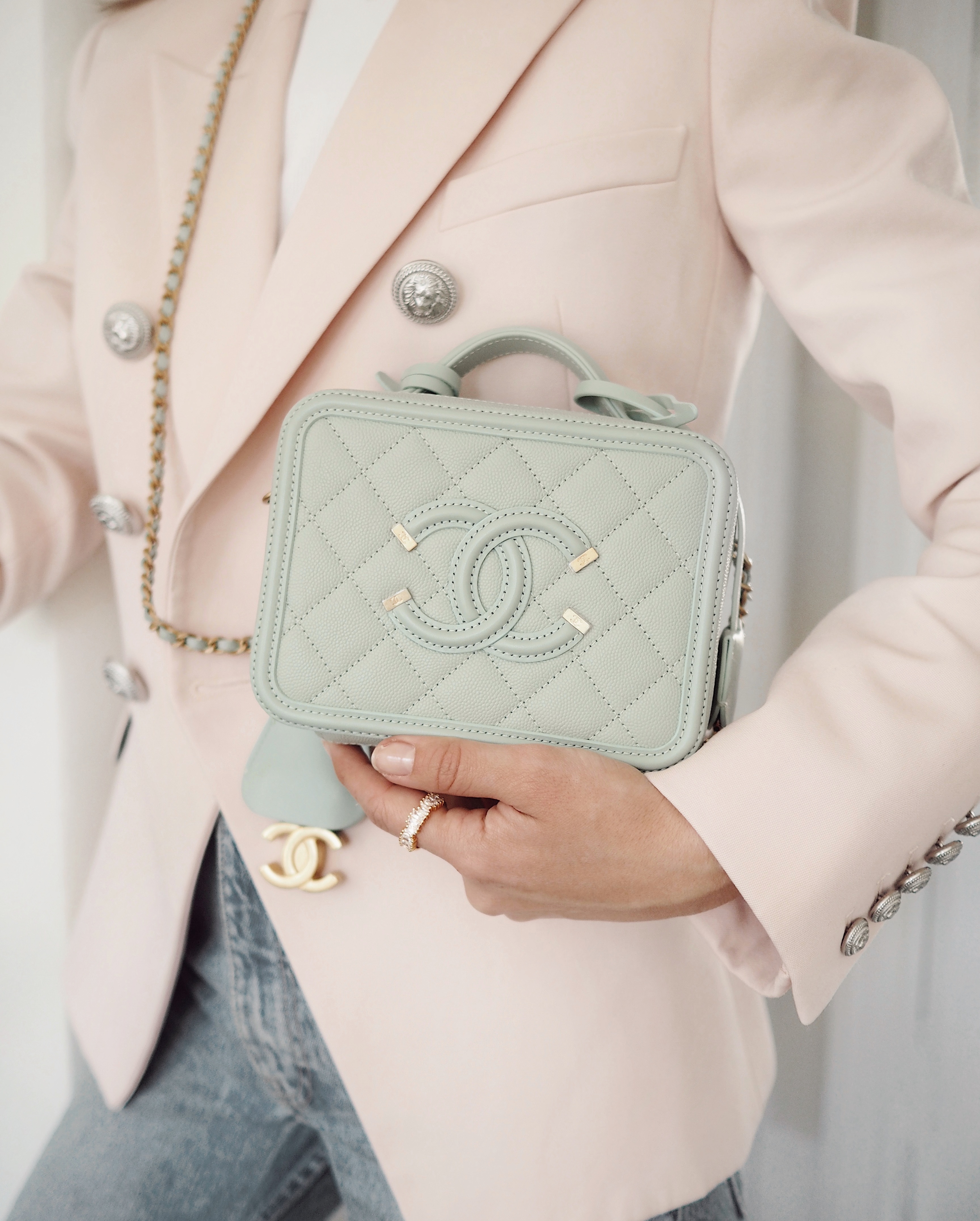 A Chanel bag sourced and sold by Sellier. Courtesy of Sellier

The access to coveted Hermès Birkin and Kelly bags via online platforms like Sellier is also shaking up the primary market. Customers no longer have to go on yearlong hunts for Birkin or Kelly bags — or play the Hermès game.

“If you ask for a bag like a Kelly in-store, they’ll probably laugh at you and tell you that it’s unavailable,” said Toni, recalling a time when she was asked to spend $20,000 in an Hermès boutique in Dubai for the chance to be offered a plain leather Birkin.

Hermès bags in the secondary market are sold at a premium — a size 25 Birkin bag that sells for 6,500 pounds in-store would be sold for 13,500 pounds by Sellier. But not having to spend on other in-store items and getting the size, color and hardware of your choice makes it worthwhile, claimed Toni.

“Given that the store price is more than half, it’s just insane. But obviously the profit isn’t just for us, we buy these pieces from resellers at a premium,” she added.

Hermès declined to comment on the brand’s sales protocols.

Outside of Hermès bags, and perhaps a handful of rare Chanel models — flap bags in a Tiffany blue color are particularly popular — the store makes a point to not sell any other brands or items at a premium.

In fact there’s a mutual understanding among Sellier’s most loyal customers that most of their trendy pieces, be it a Bottega Veneta pouch or a Prada nylon cross-body bag, are bound to depreciate — and they’re fine with that.

“The sort of people who buy those pieces are people with enough disposable income, so it doesn’t matter if they buy into a trend. They are pretty comfortable knowing that if they pay 1,900 pounds for a Bottega pouch, they’re going to sell it for 1,300 pounds. They turn them around quite quickly and go on to the next thing,” added Toni, pointing to Sellier’s policy of carefully selecting its sellers and building a community of affluent women “with incredible collections, who update their wardrobes with pieces from super brands on an almost weekly basis.”

Investment values aside, Toni argues that, in most cases, it makes sense to buy pre-loved: “Clients realize that the price tag in the primary market, with the exception of Hermès, is so inflated compared to what you can get pre-loved.”

Some of the most popular pre-loved styles on the market, and at a discount, include Dior Saddle bags, Louis Vuitton monogram styles and Bottega pouches. 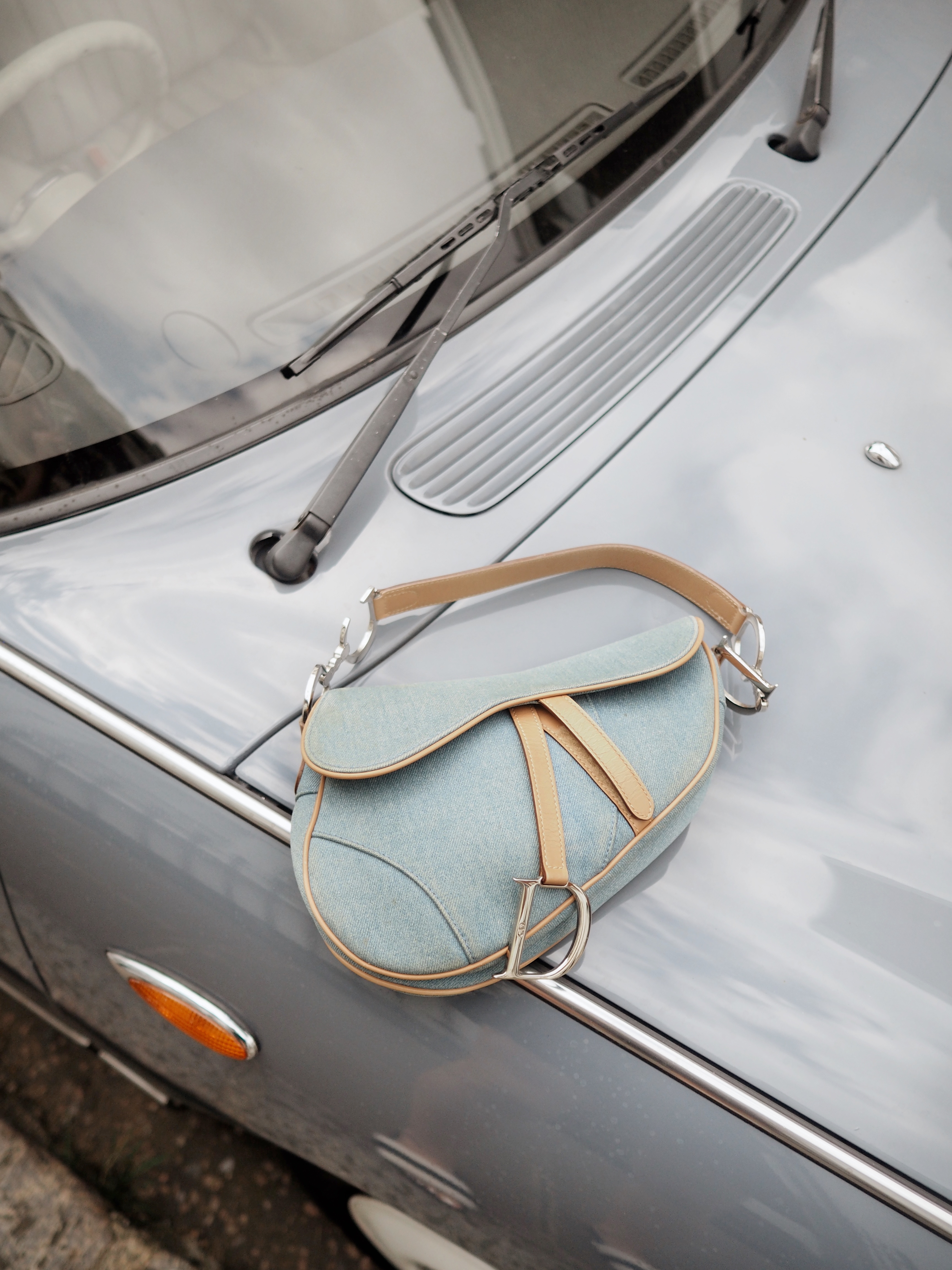 A Dior saddle bag sourced and sold by Sellier. Courtesy of Sellier

According to Toni, Gucci Dinoysus bags from Alessandro Michele and Miu Miu styles are losing their market value, as are seasonal styles by contemporary brands like Rejina Pyo — hence the markdown can be as much as 80 or 90 percent off the original retail price, even if the bag looks brand new.

As Sellier continues to establish its online presence, the aim is to double in size by next year and look at expanding in the U.S., which has been driving the biggest portion of the site’s international sales.

The original Knightbridge boutique is also staying intact: “Having a physical space offers people comfort, they know we’re not just an Instagram person who will take their bag and run off. People ship their Birkin bags and their Kelly bags to us from across the world without any payment. I don’t think they would be as comfortable shipping that to someone’s home address.” 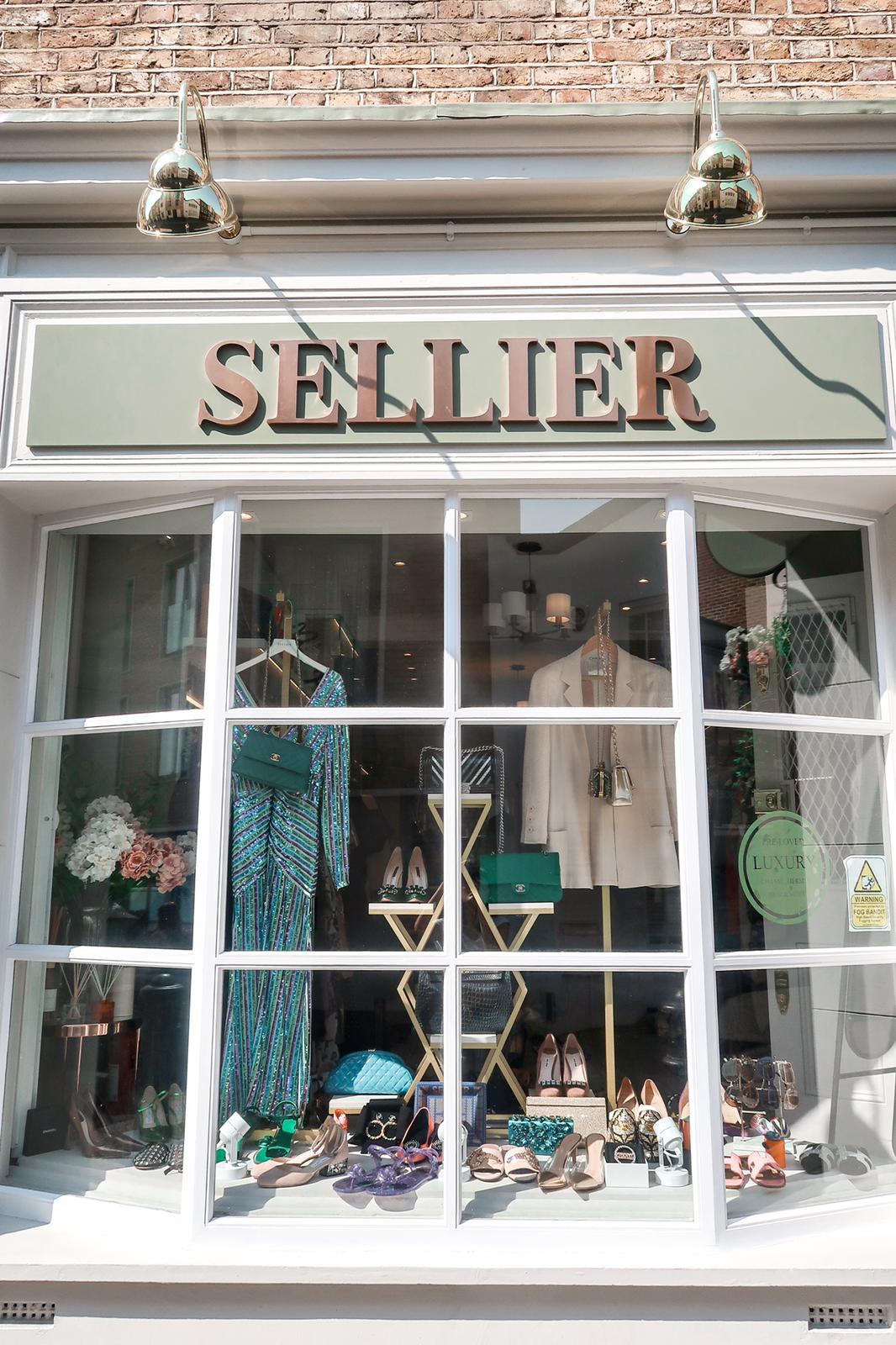 The Sellier physical store in London’s Knightsbridge. Courtesy of Sellier