Ralph Lauren is embracing the digital world for the holidays this year using a series of creative efforts — from Snapchat to virtual stores — to invite customers to experience its world.

The anchor piece of the project is the creation of a virtual store that will allow customers to visit four of the company’s brick-and-mortar shops in New York, Beverly Hills, Paris and Hong Kong. The virtual store will sell current-season merchandise as well as vintage pieces.

The idea of a virtual store was tested in Beverly Hills this fall and was deemed a success, with virtual “foot traffic” 10 times higher than the number of people who would have visited the physical store, the company said. As a result, the company rushed to get the other stores ready for the holidays.

David Lauren, vice chairman and chief innovation officer, said the company had been working on the idea of creating a virtual store for some time now, but the pandemic accelerated its plan. “Customers want to know what’s trending around the world,” he said. “What’s ‘the’ shoe in Paris or which celebrity in Los Angeles is wearing that dress?” 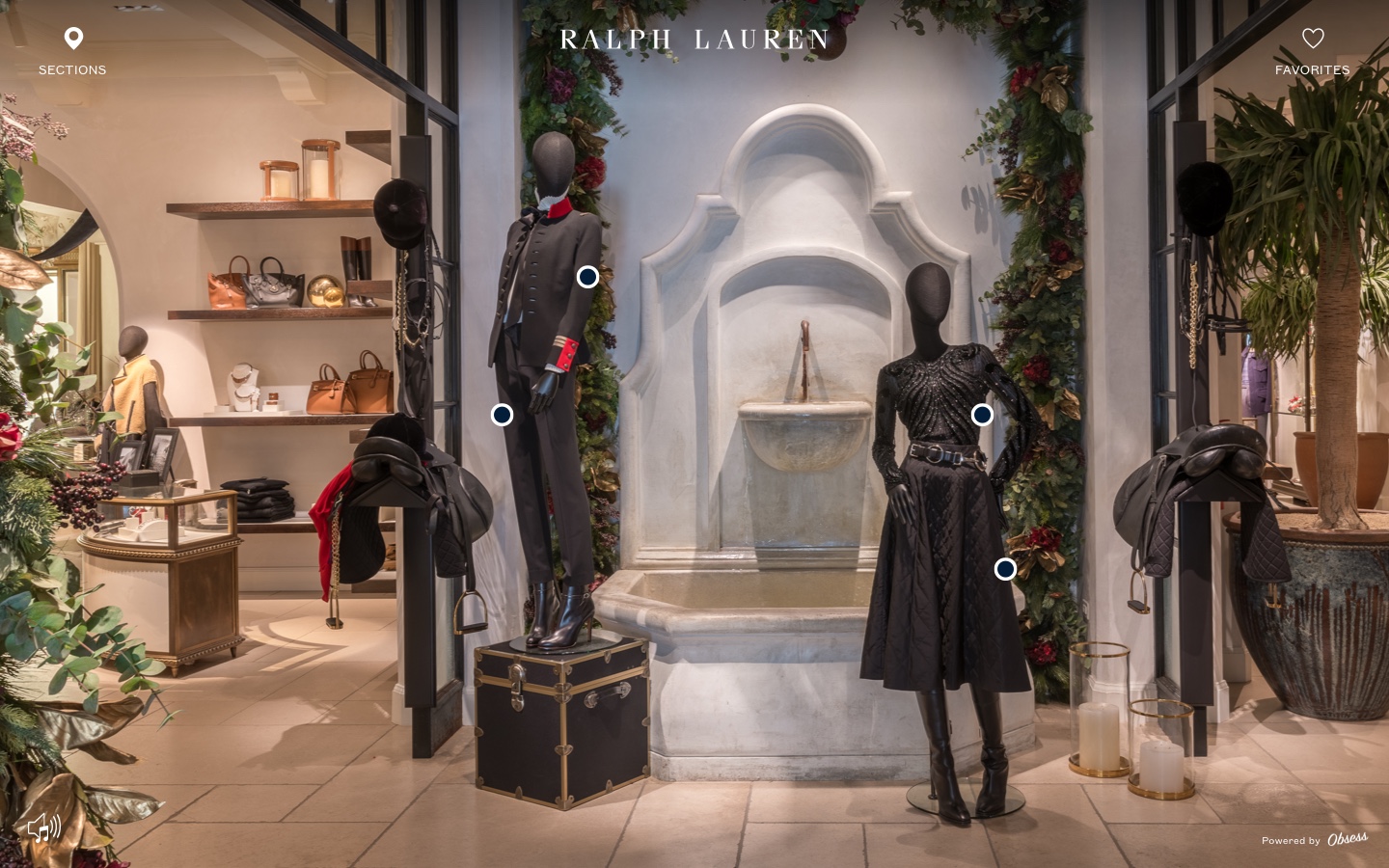 Before COVID-19, Ralph Lauren shoppers used to travel globally and stop into stores in the cities they visited. But with even local travel impacted by the current health crisis, the company took the opportunity to replicate its stores online and allow customers to visit safely in that way. “Now you can go to Paris for your holiday shopping,” Lauren said. “You can’t go to the London store right now and you might not want to drive into New York to shop, but you don’t need to in the modern world — a COVID-19 world. You can shop from your bed.”

By creating replicas of its stores online where customers can virtually walk around, “you can see the breadth of the different Ralph Lauren stores — the kayaks on the ceiling, the fireplaces burning — it’s like walking into a movie.” And there’s a certain “cachet” for a customer to say they purchased something from the Rhinelander Mansion in New York City, even if they’re only there on their mobile device.

Lauren said the brand has a history of creating shoppable movies, animated story books, interactive store windows and other efforts, but this is the first time that technology has been applied to stores. And not only does virtual shopping allow customers to shop safely for the holidays this year, Lauren said, “We’re also building anticipation.” So when stores reopen and people travel again, they’ll be more likely to visit in person, he believes. Lauren said the plan is to keep refreshing the concept beyond the holidays and into the future.

Virtual shopping has been popular with the Ralph Lauren customer.

In addition to the digital stores, Ralph Lauren is launching a partnership with Snapchat that will enable users to scan the company’s Polo Pony logo from a variety of sources to unlock a series of augmented reality experiences. Lauren said the technology will allow users to scan the logo wherever it appears and in any medium including printed materials, shopping bags, digital executions, advertisements and, for the first time, apparel.

Lauren said Snapchat has gained in popularity significantly since the start of the pandemic, attracting people who might never have used it in the past but are seeking some fun diversions. “Snapchat brings charm to our lives and augments the dreary world we’re living in,”  he said.

With Ralph Lauren, the way it works is that a user hovers a phone over the logo and it unlocks a “cinematic experience,” such as ribbons from a pile of holiday boxes twirling around a polo pony, for example. “The shirt is now the canvas. This is a fun way to bring our products to life,” Lauren said, adding that it took eight months to master the technology.

“This is all about fulfilling our mission of creating a brand that is about more than clothes,” he said. “It’s more about access to a dream. And if it leads to the next idea or attracts a new customer or excites our current customer to see us in a new way, it will have been a success.”

Of course, no Ralph Lauren holiday campaign would be complete without the company including its signature Polo Bear. This time around, the brand has created a shoppable virtual game, The Holiday Run, where the bear will race to Ralph Lauren stores around the world to collect gifts and discover new products. The game will be available globally on ralphlauren.com and through Instant Games on Facebook Messenger. Next month in the U.K., Ralph Lauren will invite well-known gaming personalities across the U.K., France and Germany to play The Holiday Run at a live gaming event on Twitch. 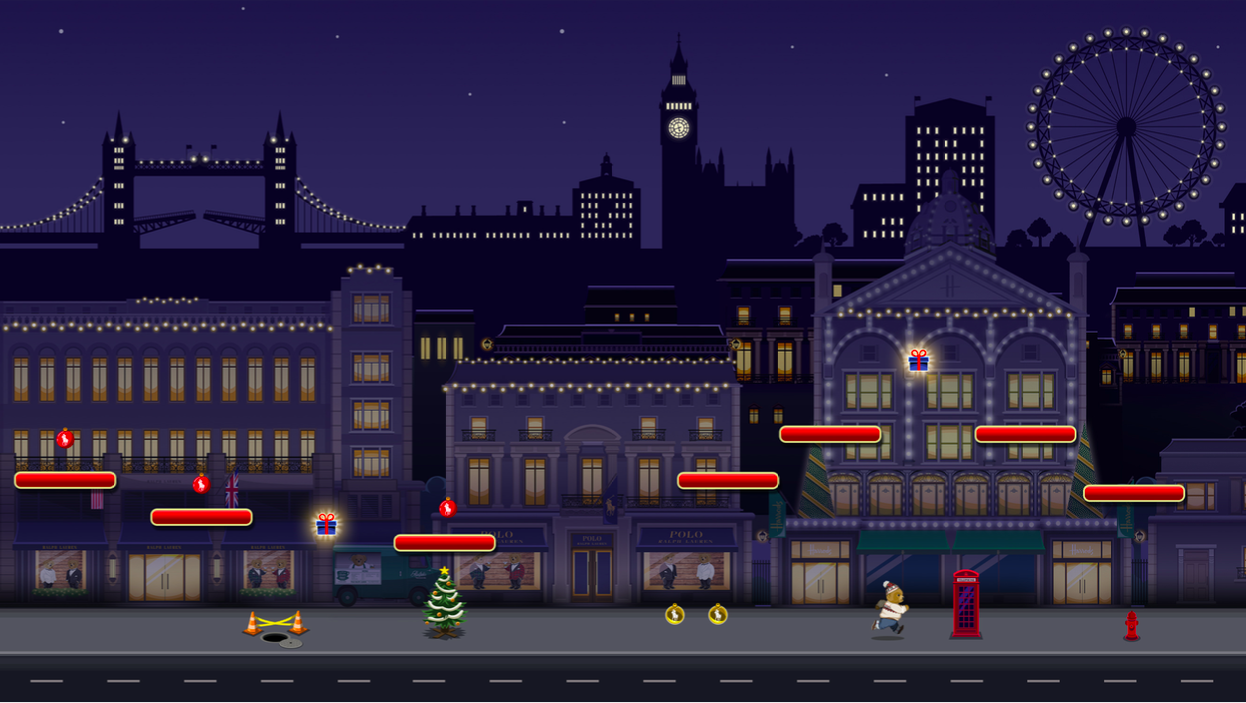 The Polo Bear is featured in The Holiday Run game. 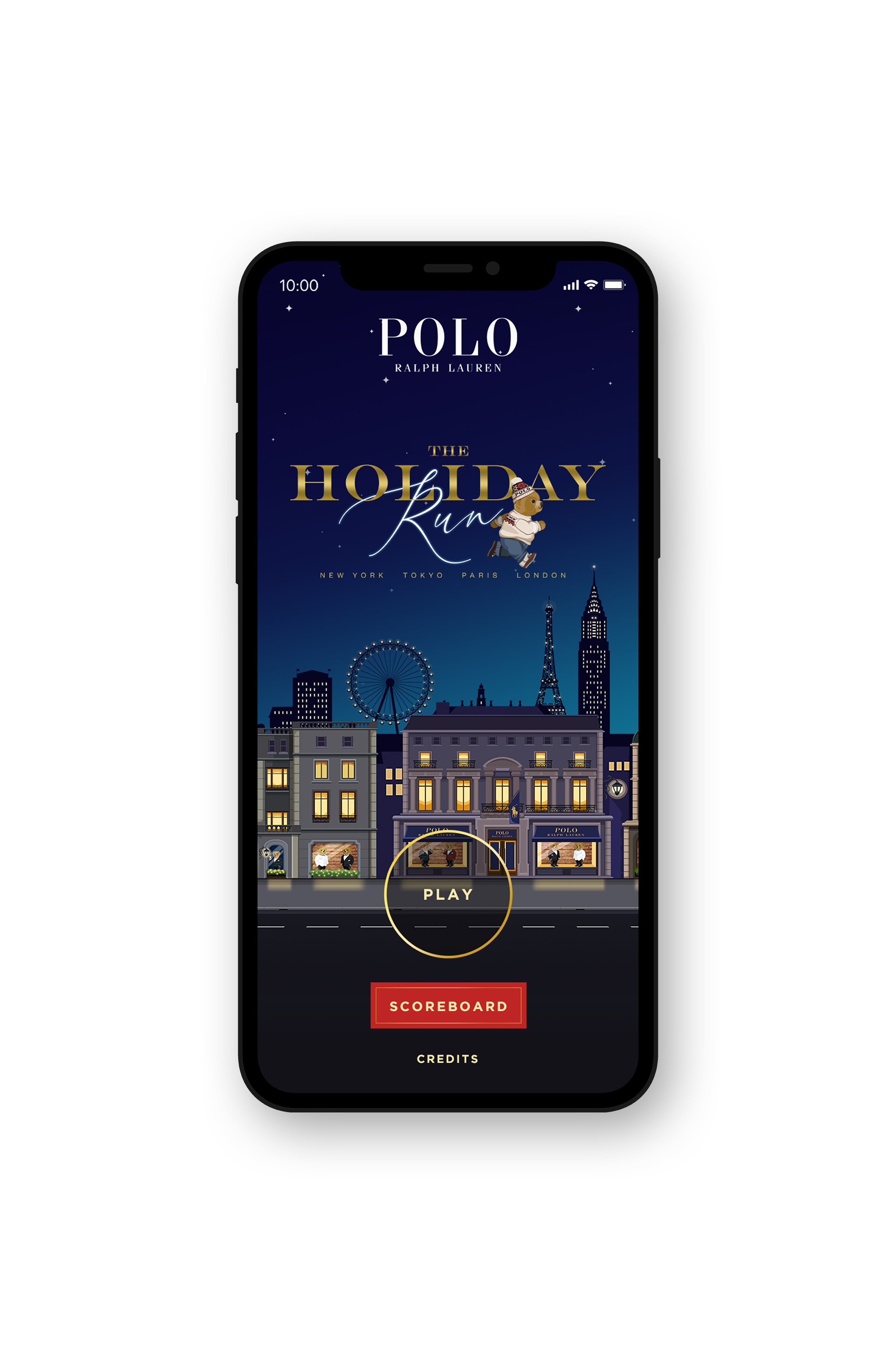 Customers can play The Holiday Run game on their phones.

In addition, the brand has created a holiday advertising campaign that is intended to celebrate togetherness and diversity. With the theme of Family Is Who You Love, the cast features a diverse group that represents a broad view of family and includes not only individual families but communities and groups around the world. Those featured in the campaign include writer, director and producer Robbie Rogers and his husband Greg Berlanti; native American model and artisan Philip Bread and his family; members from the nonprofit community-based prevention program Work to Ride; the Parisian dance collective La Marche Bleue; professional rugby player Maro Itoje and family, and musician, producer and fashion designer Edison Chen and Chinese model Qin Shupei.

While fun and games are certainly part of the program, the brand is also hoping to sell some product, including its polo shirts, cable-knit cashmere sweaters, and the new Custom Packable Jacket from the Create-Your-Own program. Consumers will have the ability to fully customize an insulated outerwear piece for a one-of-a-kind gift. And on the Ralph Lauren app in the U.S. during the first week of December, the brand will offer a series of vintage product drops under the heading 7 Days, 7 Drops.