Nissan says it is “ready” to meet the prime minister’s goal to ban the sale of new petrol and diesel cars from 2030 but repeated a warning that its UK operations would not be sustainable if Brexit significantly raises its costs.

The company’s chief operating officer Ashwani Gupta made his remarks as the EU cautioned there must be agreement on a free trade deal with the UK by next week if it is to be ratified in time for the end of the Brexit transition period.

Disagreements between the negotiating teams remain on several issues including fishing rights and state aid. A no-deal scenario would see the UK trade with the EU on World Trade Organisation terms from 1 January.

Nissan has long argued that the prospect of additional costs from tariffs and possible border delays threatens the viability of its plant in Sunderland.

It is the UK’s largest car plant and employs 7,000 staff.

Brexit has been among the company’s challenges as 80% of the vehicles it makes are shipped abroad and new costs would make the cars less competitive.

Nissan – and the wider car industry – have also been grappling a collapse in global demand for vehicles that has been exacerbated by the coronavirus crisis at a time when they have been forced to invest heavily in electric and autonomous vehicle technology.

On the prospect of no deal between the UK and Brussels, Mr Gupta told the Reuters news agency: “If it happens without any sustainable business case, obviously it is not a question of Sunderland or not Sunderland, obviously our UK business will not be sustainable, that’s it.”

He denied press reports that Nissan would seek compensation from the UK government in that event.

Nissan had said earlier this year that it was to press ahead with plans to build the Qashqai in Sunderland despite the continuing Brexit uncertainty. 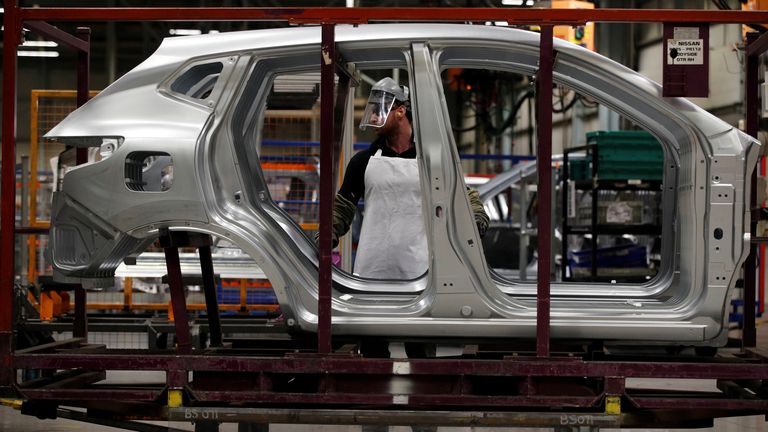 Other models made there include the Leaf – its main electric car.

Commenting on the 10-point plan announced by Boris Johnson to move up the UK ban on new petrol and diesel cars and vans to 2030 from 2035, the Nissan executive said: “That is not only the UK’s transition plan, every country is talking about electrification. We are ready.”