Being outdoors has become even more popular in the past few months as people seek both serenity and a safer environment during the pandemic. And Arc’teryx Equipment, the high-end Canadian technical apparel and equipment brand, is doing its part to help them be properly prepared for the elements.

The Vancouver-based brand is opening a series of smaller, Icon stores in the U.S. this fall, a retail rollout that will continue into next year. The first opened in Walnut Creek, Calif., last week and three others will debut in New York City as well as two in San Francisco before the end of the year. In 2021, the concept will make its debut in Chicago, Los Angeles, Denver, Seattle and Boston.

All told, the company operates about 75 stores around the world, including 16 in the U.S. and 14 in Canada.

Megan Cheesbrough, vice president of retail excellence for Arc’teryx, said the Icon stores are about half the size of the brand’s other units — around 1,000 to 1,500 square feet, compared with 2,500 to 3,000 square feet. As a result of the smaller footprint, the Icon stores carry a pared-down assortment of the brand’s most popular pieces, including its Alpha SV and Atom LT jackets.

She stressed that the stores are not showrooms and carry full inventory of the products offered. But because of the limited depth of inventory, each store is equipped with omnichannel capabilities for customers to access the entire assortment and order sizes, colors or different models that might not be immediately available.

Bride of the Times

She said the smaller stores “take the guesswork out of shopping, especially for those who are new to the brand, because in this space guests can focus and learn about our most celebrated products. Once a guest discovers an item that fits their needs in the size they want, they can browse our online inventory with a tablet if what they want to purchase is not in store, and within a day or two they’ll receive it either in store, or at their home. It’s a unique way for our guests to shop as we adapt to our current retail environment.”

Cheesbrough said Arc’teryx’s strategy is to cluster stores in existing markets — mainly focused on the West and East Coasts of the U.S. — that it deems “valid and vibrant for the long term.”

And she said that the brand continues to believe in the viability of physical retail. “The landscape is changing and has been for some time,” she said. But providing a “connection to human beings” and the ability to reach out to customers through community-based events and local partnerships continue to be important. During the pandemic, she said Arc’teryx has held a lot more events digitally or in open spaces, “but they still allowed people to come in and connect with the product and learn about the brand.”

“In recent months we’ve had to rethink the way we retail, and our Arc’teryx Icon stores allow us to fully connect with our community while supporting our market expansion plans as we navigate a retail environment that’s always in flux.”

The Icon stores are constructed through a virtual design process using three-dimensional modeling technology. This allows the brand to reduce costs and open stores in three to five months rather than the usual nine to 12 months for a larger Arc’teryx unit. It also eliminates the need for employee travel during the pandemic. 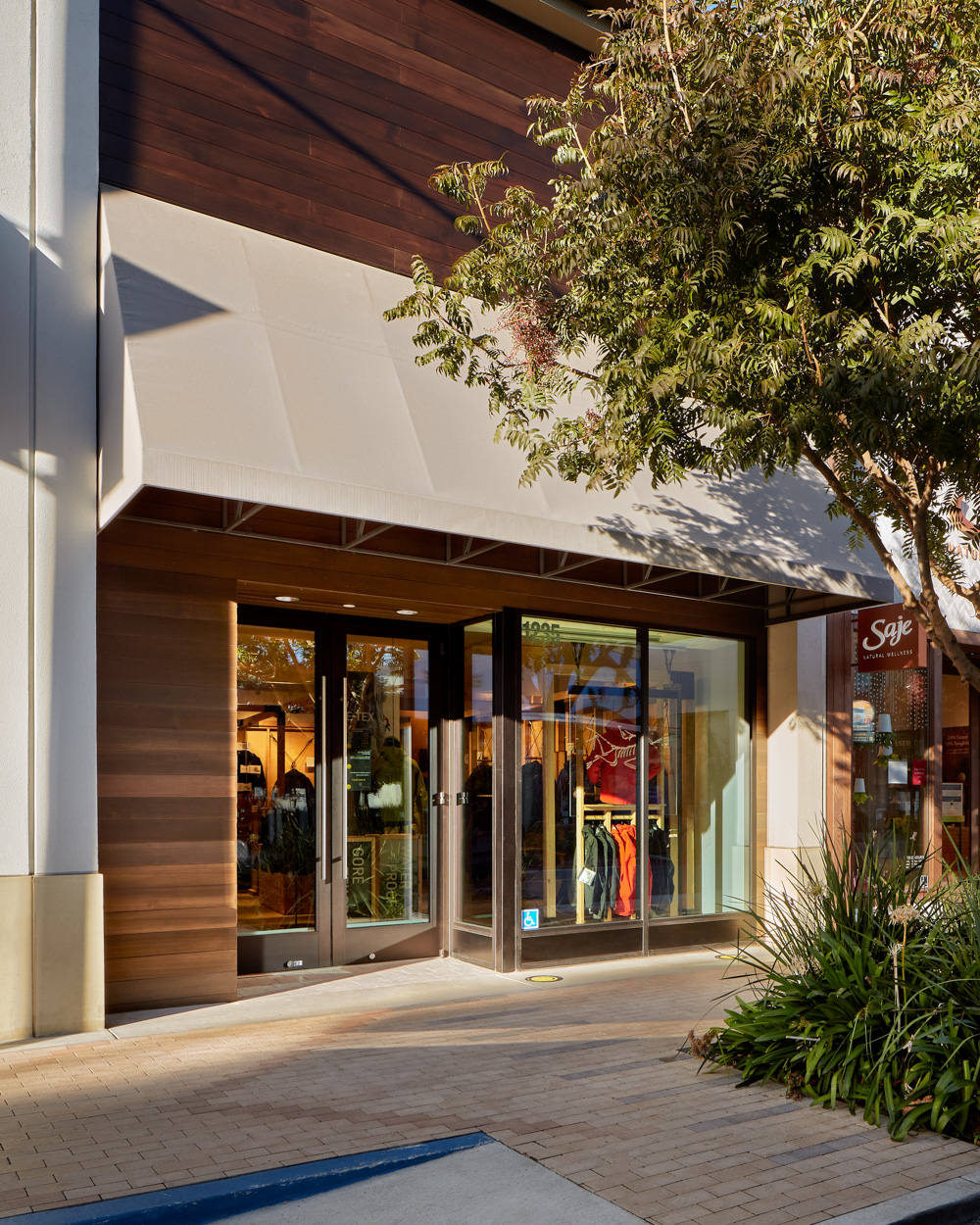 The 828-square-foot Walnut Creek store, which opened on Nov. 12, was the first Icon unit to open and it will be followed by a 1,200-square-foot store on Grant Avenue in San Francisco on Dec. 16.

Cheesbrough said that the rollout of Icon stores is part of the brand’s plan to grow its direct-to-consumer business. “We’ve been a wholesale-based brand for close to 30 years,” she said. “But our distribution is tight, only 3,000 doors worldwide. We’re seeking more of a direct connection so we’ve been growing our stores and e-commerce.”

Although she declined to say what percentage of the business is wholesale, she said it’s safe to say that the majority of sales come from the wholesale channel today and in the future, the majority will come through direct-to-consumer. “We’re continuing to grow our e-commerce and connect with like-minded outdoor aficionados.”

Like most other companies, Arc’teryx has not been immune to pandemic-fueled sales struggles. Cheesborough acknowledged that the environment has been “challenging to navigate — no one was expecting or ready to do business in a global pandemic. But people are looking to get outside and they’re looking for the right gear. So our traffic has been lighter but the people who have been shopping are really intentional. They’re committed to the product and buy on the spot.”

And where the COVID-19 infections are being better managed, traffic is picking up, she said.

Arc’teryx was founded in 1989 by local climbers in British Columbia and is named after the Archaeopteryx Lithographica, the first reptile to develop feathers for flight. The brand began by creating climbing harnesses and expanded into apparel in 1998. The company is owned by Amer Sports Corp., a China-based sporting goods group that also owns Salomon, Atomic, Suunto, Peak Performance, Wilson and Precor and has sales of more than $2.7 billion.